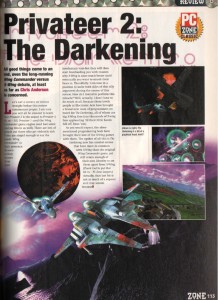 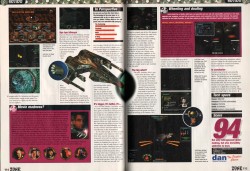 I’ve not had time to play any more Freelancer so to tide over the baying legion of Origin fans, here is another review of Privateer 2 scanned from the February 1997 PC Home:- 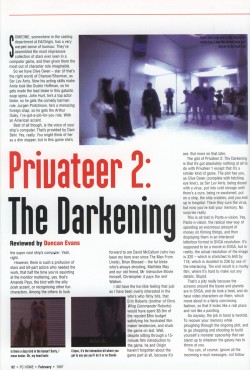 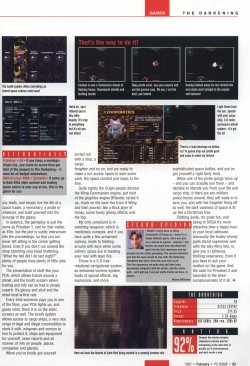 It’s another great score for The Darkening. The reviewer has a point about trying to spot all the minor British actors in this game and figure out where you’ve seen them all before, I expect most of us over here would be guilty of that when playing this. I also like the description of Clive Owen given how his career went after this.

It seems that Chris Roberts can’t go anywhere these days without breaking servers. I was going join in his reddit AMA but it crashed about 30 seconds after I joined. Maybe Star Citizen is just too popular for its own good but it’s still not a bad bit of publicity and puts the trouble with the RSI site in context.

While I give it a chance to come back online, here’s a scan of a Privateer 2 review from the January 1997 PC Format:- 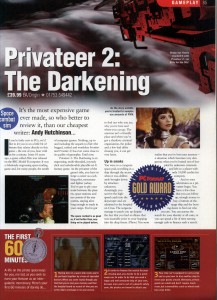 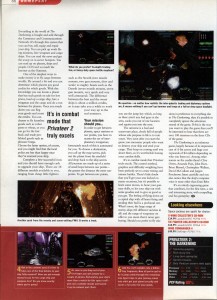 You may notice that while Wing Commander 4 got a rough ride for its copious use of FMV, massive budget and unoriginality, Privateer 2 gets universal praise despite being just as guilty in all departments. I’m sure the fact that it had a British cast has nothing to do with it…

I love both games of course although unlike the reviewer here, I’d regard the combat as one the weaker aspects. It definitely wasn’t the most expensive game ever made either, despite the line at the start, as Wing Commander 4 cost over twice as much. Privateer 2 was filmed before WC4 though (despite coming out later), so may have held the title at some point during production.

I scanned this in a couple of weeks back with the aim of posting it while I was away. That never happened but it’s finally making its way on here, a preview of Crusader No Regret from the November 1996 PC Format. It’s positive on the whole but takes the obligatory swipe at Wing Commander near the end:- 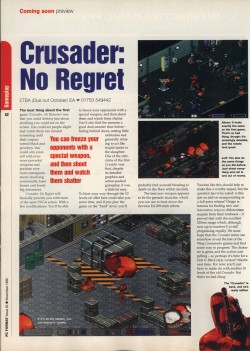 And from the same magazine a double-page Privateer 2 advert:- 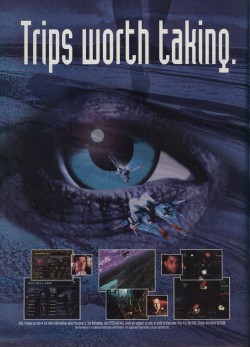 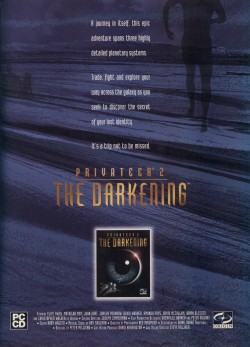 This is a review of Crusader No Regret from the October 1996 PC Gamer. The reviewer gets it spot on for me bringing attention to the lack of major changes to the original but not minding a bit:- 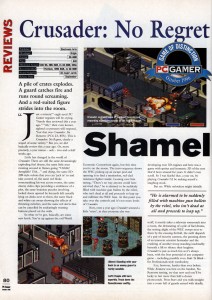 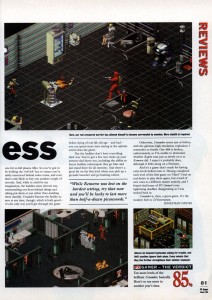 Also from the same magazine, a full-page ad for Privateer 2:- 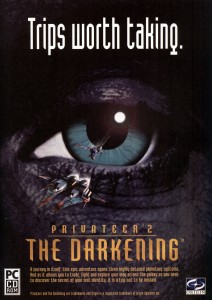 Talking about trips worth taking, this blog will be going transcontinental in a months time as I travel to Austin for the week of GDC Online. Not sure how much blogging will get done but there should be plenty of Origin adventures to be had.