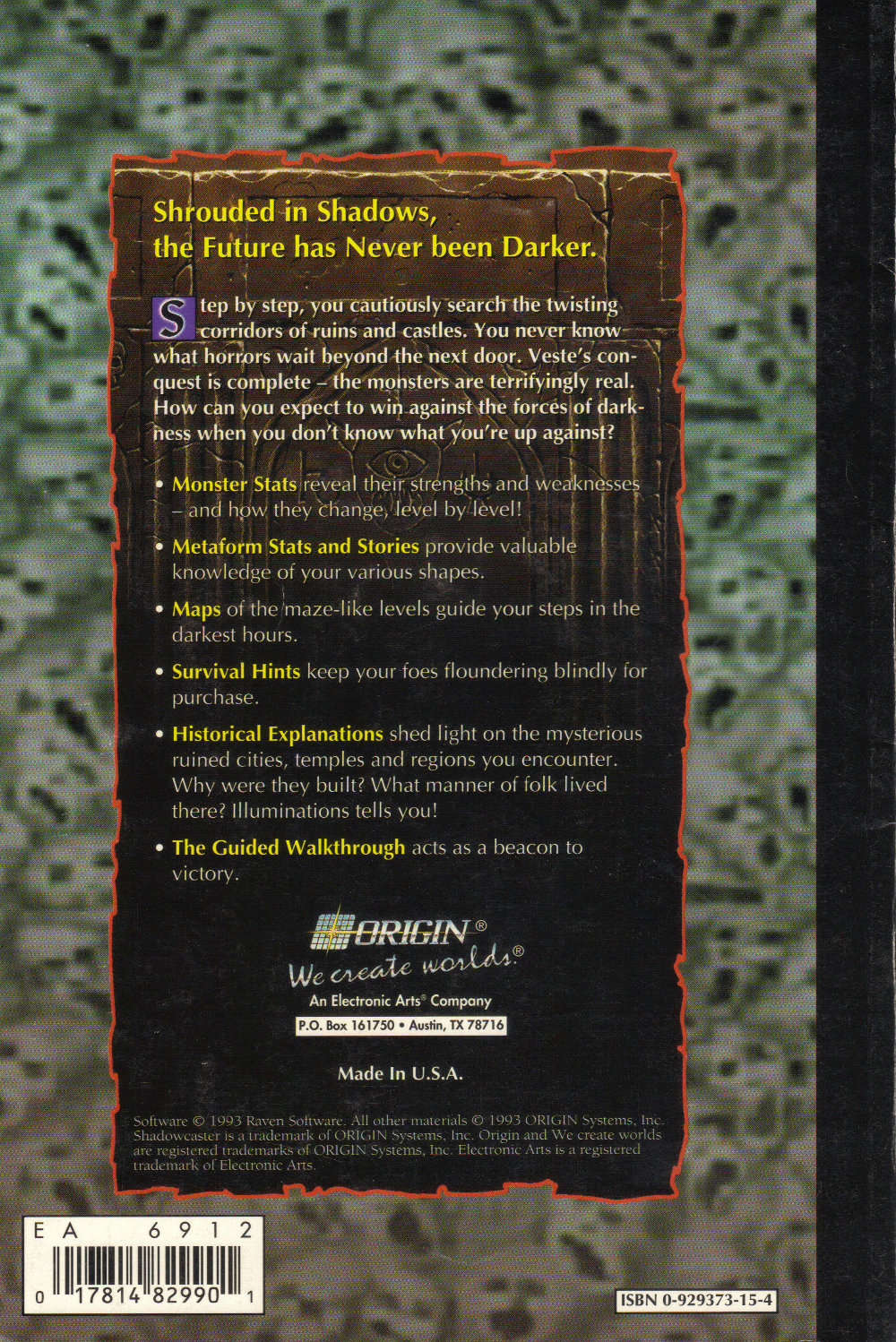 This was published in 1993 by Origin. It’s author was Melissa Mead who co-authored the Noctropolis clue book and it was edited by David Ladyman who did the same for Noctropolis. With the same people involved, I’d expect this book to be along familiar lines and it’s certainly has a similar structure.

It starts off with descriptions of the 6 shapes you can take during the game and gives a backstory for each as told by Kurt’s grandfather. These stories tell how each race learned to shapeshift and are probably the best part of the book.

It then gets straight into the level maps which take up the majority of the pages. These are printed copies of the automap from the game, with significant areas marked.  They are accompanied by the story of Veste’s passage through them all conquering each land in turn, and also a central story of him building his temple to guard against future threats. This gives the background info to each level which you certainly didn’t get in the game but doesn’t include the levels that were added to the CD version. There is also a list and picture of every creature on each level, complete with the creatures stats.

Whereas I enjoyed all the background info for Noctropolis, I can’t say the same here. It’s certainly not cheerful stuff as Veste butchers his way through one world after another. Above all, I don’t like the writing style and it makes it quite difficult to read. There is certainly a lot more plot in the book than the game but I don’t feel like I learned anything I actually wanted to know and a lot of it comes across as nonsense, to be frank.

After the maps, there is a list of all items and their properties, a list of event triggers, a couple of pages of general game hints, and finally a full stage by stage walkthrough complete with mini maps so that you don’t have to flick backwards and forwards.

I’ve not gone through many of these clue books yet but I think (and hope) this is going to be one of the worst of them. It will get you through the game but otherwise is best avoided.