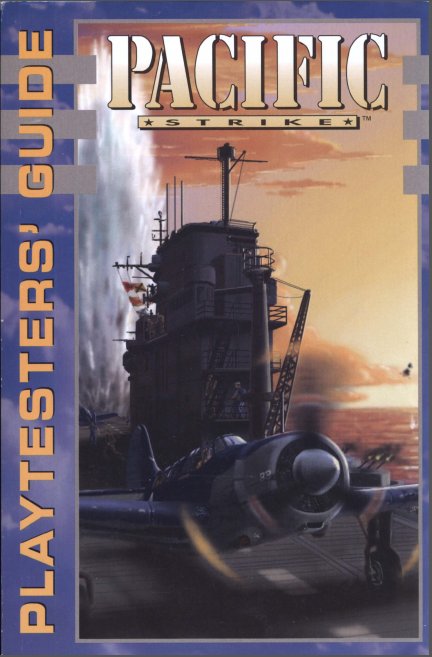 This was published in 1994 and is now scanned in and available for download. This is the last of the playtester’s guides and follows a fairly similar formula to what I saw with the Strike Commander one earlier in the day. There are a few differences though.

The most obvious of these is that the mission guide is much more specific. The individual tips from different playtester’s are gone and you just get told the best strategy. In fact all mention of the playtesters is missing including the biographies at the end of the book.

The mission guide also spells out the games branching structure with loads of losing path missions and 4 different endings to the game. What strikes me with the mission structure is that while the main missions do branch, the opposition you face will depend on how well you have done earlier in the game. If you happen to have taken out a particular carrier, then you won’t face it or the planes it would have launched. This gives a real incentive to do more than just beat the mission and will make Pacific Strike play differently on replay’s even if you win and lose the same missions. I expect it could make the game extremely difficult later on if you are already struggling. The losing path missions presumably give a chance to redress this balance and take some of the opposition out before rejoining the main storyline.

Talking about the storyline, there is some background on your co-pilots with a page of write-up on each giving a little on their history and flying style. That’s the extent of the extras but the story was never Pacific Strike’s strongest area, especially when compared with Strike Commander.