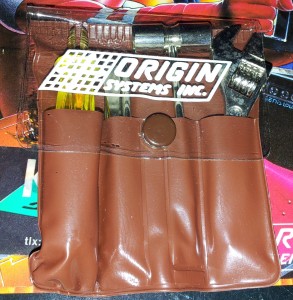 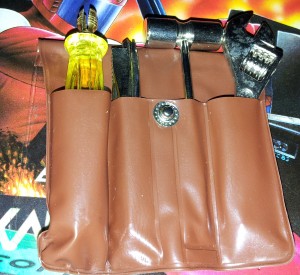 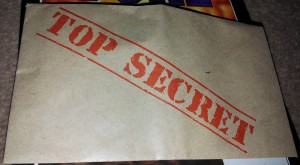 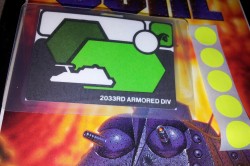 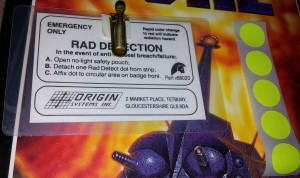 It’s a few more magazine scans today from CGW. First up, a review of Ogre from the April 1987 issue:- 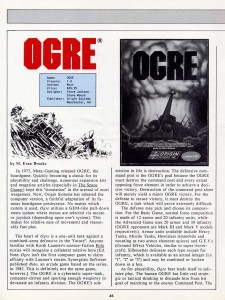 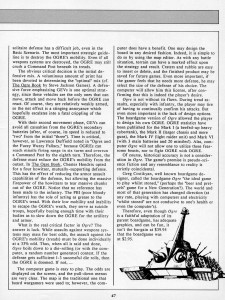 This is an advert for Ogre I spotted in the May 1986 issue of Computer Gaming World:- 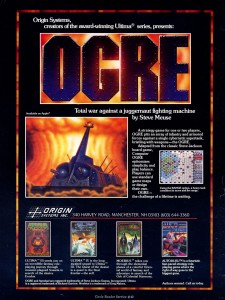 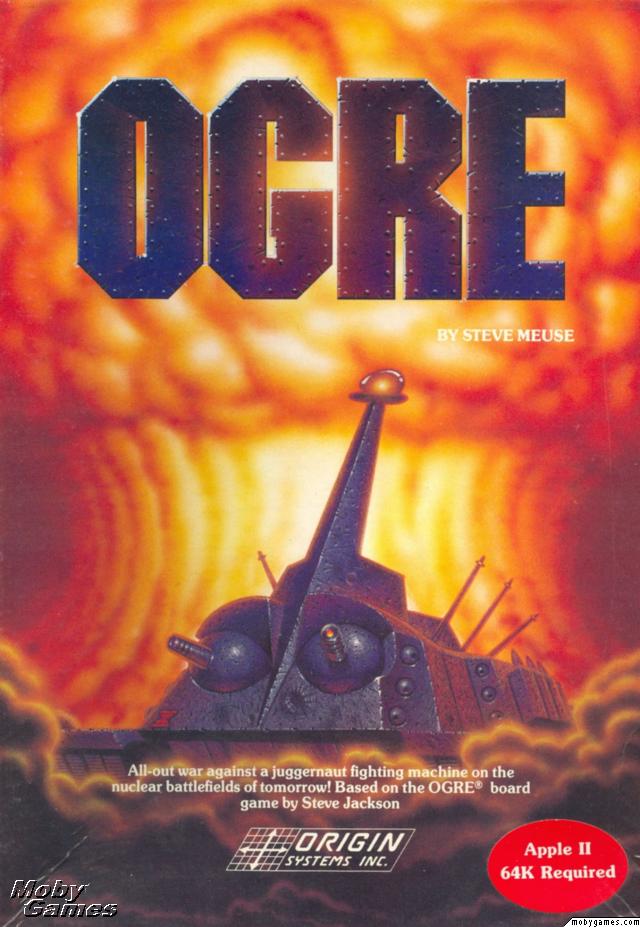 Ogre is based on a Steve Jackson board game. The plot as it goes, is that for various reasons warfare in the future in almost entirely tank based. The most powerful of these are cybernetic tanks known as Ogres. You have to defend your command post from an attack from a single ogre.

I don’t know anything about the board game but the game plays exactly like a board game so I assume that its an exact duplicate. There is a two player game, but if you play against the computer you can’t play as the ogre. I’m sure this will be due to the difficulties of getting the a.i. right – playing as the ogre is much simpler with just the one piece to control.

The game takes place on a hexagonally divided board. The board scrolls vertically and fills two screens. As the defender you have to place all your pieces in advance, up to a preset maximum of armour/infantry points (20 each for the larger of the 2 types of ogre). You also place your command base right at the back. This base has no defenses, and the ogre can destroy it in one hit.

You have a variety of units, some of which move faster, others do more damage or have a longer range. The howitzer doesn’t move at all but has a huge range and high damage and costs 2 armour units to build. Once the game starts, the ogre itself attacks from the bottom of the screen.

You would think that an army against one unit would be an unequal battle, but the ogre can file 6 missles, 2 main cannons, 6 secondaries and 12 anti-personnel rounds in one turn. It can also just run over any of your units, and is quite fast. Gameplay is turn based – first you move, then you fire weapons. Then the ogre does the same. The exception here are the hev’s which get a second movement after the firing stage. These are also your fastest units, the strategy here is to get close to ogre, shoot and then retreat out of range.

When you shoot the ogre, bits start to fall off it making it much less deadly. You choose what to aim at and get a percentage chance of hitting. You can combine attacks to increase this percentage but you will only do the same damage if you hit, as if the one unit attacked.

The game finishes when the ogre destroys your base and escapes off the bottom of the screen, or if you destroy every bit of the ogre. There are degrees of victory depending upon whether the command post survives and how many units you lose etc.

Probably the most notable thing about the game, is the fact that it can be controlled fully with a mouse. Its not exactly a big deal, but its got to be one of the earliest games to support one. The mouse interface works pretty well and is intuitive enough.

Thats the mechanics of the game dealt with, now my attempts to play it. Since there is no campaign with this, finishing it pretty much comes down to just winning a game against the tougher ogre as I see it. I tried a few strategies for this. Using gev’s to get in and out fast, didn’t work all that well. I couldn’t get them out far enough and they end up getting mowed down as soon as the ogre moved. In the end, my best strategy was to build my base right in a corner, surround it with howitzers and put a load of 1 man infantry units just down from it to slow the ogre down. With a lot of saving/restoring this strategy worked out ok. The ogre couldn’t get through to the base, quickly enough to stop the howitzers blasting away all its weaponary.

Without the saving and loading, winning this game would be quite challenging. Its really not my thing though. Theres nothing wrong with the adaptation as such but I wouldn’t have been interested in the board game either. If I was going to play a board game, chess would be far more interesting. Out of all the Origin games, I’ve played so far this has the least to recommend it but I only had to play it for a couple of hours so at least it was a quick one to tick off the list.