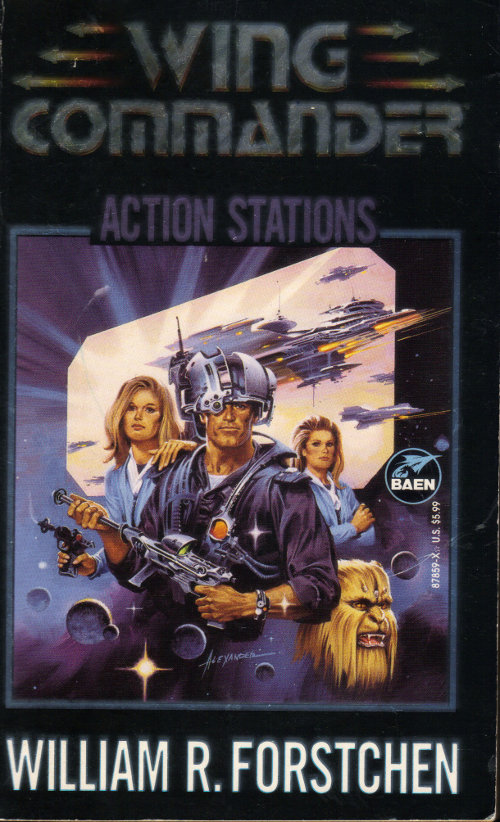 This is the 6th Wing Commander novel. It was written by William Forstchen and published by Baen in 1998. I was curious to know where the series was going to go after the last novel. There were enough hints at another hostile race that I expected that to come next but instead this is a prequel and details events back at the start of the Kilrathi war with a young Tolwyn taking a lead role. There is certainly plenty of scope to write about this time as not all that much was said in the games manuals beyond a few select events.

Before I get into the plot, I have to say that the cover for the book wasn’t exactly inspiring. If I went into a book shop and bought this in person, I’d be embarrassed handing it over at the counter frankly. Thankfully, this is only a small paperback but if this was on the front of a game I can’t help but think that I’d have seen it on a list of worst game covers. Admittedly there are far worse out there such as my personal favourite Metro Cross which looks like this:- 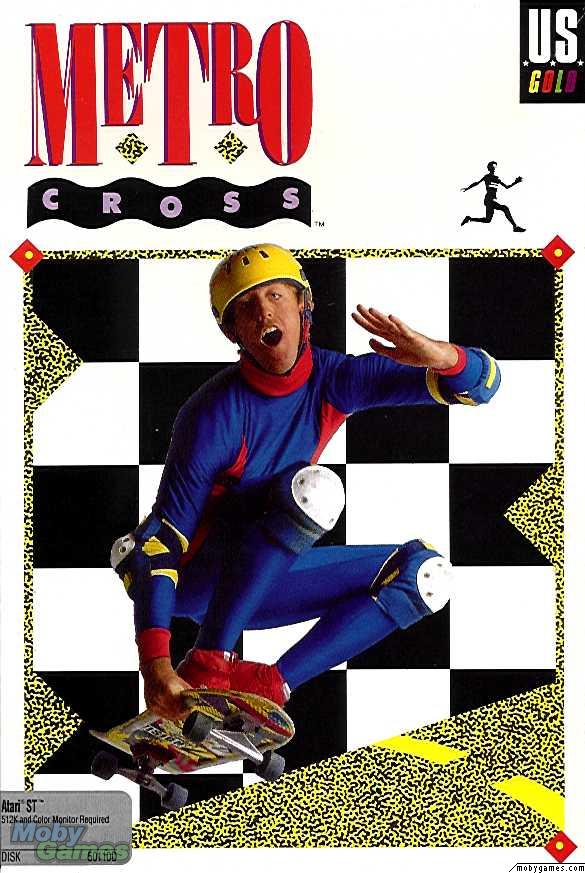 I’m digressing anyway and I suppose I shouldn’t judge a book by its cover. To briefly summarise the plot, at the start of the book, the Kilrathi and Confed are sizing each other up and although there are rumours around war hasn’t yet been declared. The Kilrathi are in the meanwhile going to mount a surprise attack on McAuliffe station, which is the biggest base outside of Earth. The military know it’s coming, Earth’s politicians refuse to admit it so Tolwyn and a few others go on a secret mission to get proof. They get this, and arrive back at McAuliffe just in time to raise a warning. The raid destroys McAuliffe and most of the fleet but thanks to heroics and sacrifice from the humans they manage to strike back at the Kilrathi and stop them pressing on towards Earth.

The book started off with a brief foreword suggesting that it was written after Tolwyns death by a Confed historian to in part explain his character and how he ended up doing what he did. It didn’t achieve this and he was basically back to being the hero he was in the early novels with a page near the end suggesting that he didn’t want to let politicians allow this to happen again. I’m not sure how much like Wing Commander a lot of this felt really. It probably drew on the past novels more than the games. After 6 books, this is very much Forstchen’s take on the Wing Commander universe with a lot of little elements that never appeared in the games. There was still plenty to link it to the games with perhaps the main point being that this was the first time that torpedoes were used and that they were originally a Kilrathi technology. They were untested so by the end of the novel, Confed have a few unexploded ones to learn from and start making their own.

There are a lot of familiar themes in the plot with the clueless politicians, loads of human ships sacrificing themselves for the greater good, sympathetic Kilrathi who understand humans but aren’t listened to, etc… In some ways the book is a rearrangement of what I’ve already seen in the series. It also borrows heavily from Star Wars in the early parts of the book as Tolwyn et al hire a souped up freighter from a dodgy trader to go and spy in Kilrathi space, stopping off in a space station full of aliens and get involved in bar fights, and so on. If you want originality, this isn’t the place to look. However, I’ll admit to quite enjoying it for all that. It’s arguably a worse book than the last 2 but the original(ish) story made it far more worthwhile reading it in the first place. It also didn’t rely half as much on ship combat scenes and was more of an action/adventure set in the Wing Commander universe, making it more suited to the medium. It’s a fun, undemanding read, ideal if you want to pass some time but not too much more than that.