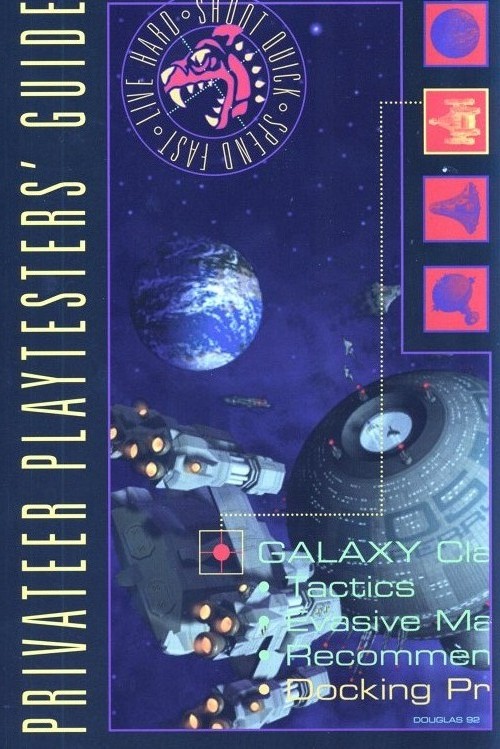 This was published in 1993 by Origin and has once again been scanned by Mirir and is available as a pdf in the downloads. Thanks to those scans, this is another I read through on my phone while I was away this week. It was put together primarily by Beth Loubet who worked on dialog for Ultima 7 and Serpent Isle but this was as far as I know the only book she did for Origin.

As a playtester’s guide, this isn’t the sort of book which is going to offer much in the way of extra story detail and instead concentrates on the mechanics of the game with some general playing tips thrown in. Over half the book is filled up with maps of every single system in the game, and tables of data saying what encounters you are likely to have at each nav point. It’s curious that all the random encounters you have in the game more or less come down to a set of four options for what you will meet for every nav point in the game. Each of these options is listed here with their probabilities. You could potentially plan routes with this information but I can’t see it being especially useful.

After this section, we get into the bit that will really help players out with general hints on playing the game. There are weapon specs, suggested loadouts, trading routes, commodity price guides, etc… These would be particularly helpful for anyone starting out in the game as I do remember it being extremely unforgiving until I’d earned enough money to get a decent ship. Everything that you need to know to make the game easier is covered in here.

The next section goes through each of the plot missions, with descriptions and hints on how to approach them. Finally there are a couple of pages with bio’s of the playtesters.

Many of the hints and tips in the book are attributed to a specific playtester and thrown into the book as quotes. Some of these tips can be useful although they can also contradict each other depending on that persons style of play. Privateer is not the sort of game that forces you to play in a particular manner so it’s good to see different approaches covered like this. There wasn’t anything in this book that grabbed my attention though and it’s only really of interest if you want a helping hand through the game.