Another Ultima parody then. There are more of these than I realised and now I’ve started I may as well keep going with them. This one is Ultimuh which was done by a couple of teenagers back in 93. 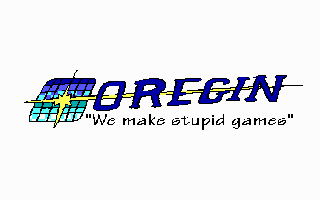 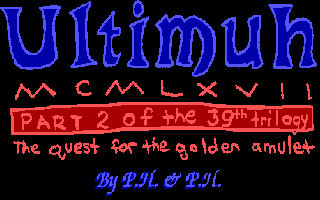 First impressions aren’t great as the graphics are not exactly fantastic. However, if you think it looks bad you should hear the MIDI background music which plays constantly throughout the game. 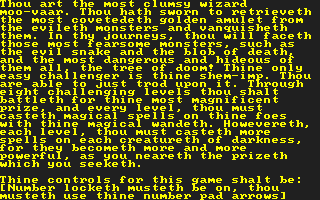 The instructions are on two pages of text at the start…. 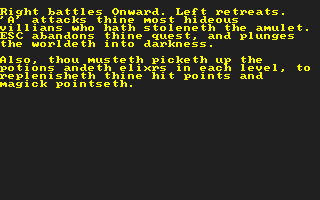 .. which all seems simple enough. 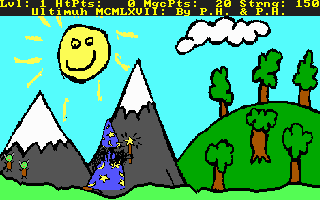 The game itself abandons nearly all RPG elements and is a side scrolling shooter, sort of. 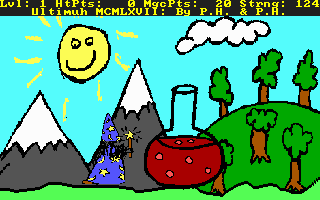 You basically hold down right and wander along bumping into giant potions and monsters. 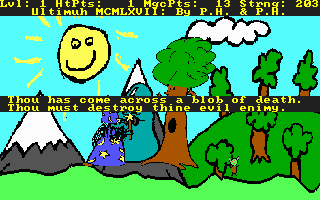 The monsters just stand there and you bash them with your wand until they vanish. The potions replenish my magic when I walk over them. Bizarrely all my hp keep going up while I’m fighting which is at least going to make finishing this game nice and easy. 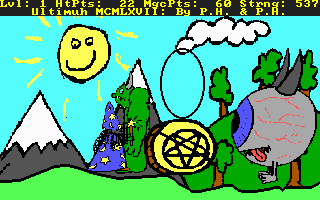 I do quite like some of the monster designs although there are only a few different ones. The aim of my quest is the golden amulet. 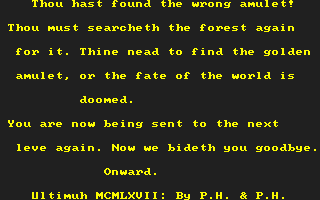 I have to repeat this process 8 times until I find the right amulet. Apart from the ground changing colour and having to bash the monsters a bit more this is the same every time. 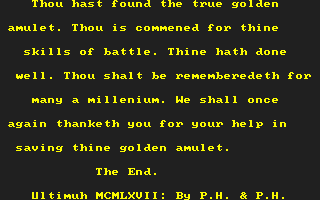 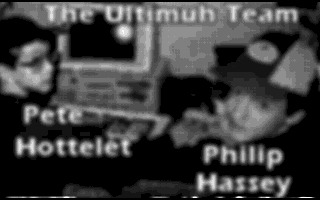 After a lot of wand waving, I find the final amulet and the game ends. I don’t like to be too harsh about fan-made games so I think the less said about this game the better. It could almost have been designed to annoy an obsessive Origin blogger except that it is mercifully short. It’s been a long wait but this now tops the list as the worst game on this blog as Escape From Mt. Drash was clearly the better title. I’ve got one more Ultima parody left, fingers crossed that it’s better than this one.