Around 8 months back I came across this article in PC Gamer magazine in which there was a competition to win Mark Hamill’s flight suit from Wing Commander 3. This is something any Wing Commander fan would love to have in their possession and I couldn’t help but wonder where it ended up. We need wonder no longer as the winner of that competition 18 years ago got in touch this week. The suit is still is his possession and he’s been generous enough to provide some photos. I’ve kept all of these at their original size so they are relatively large.

First the whole suit in its glorious entirety:- 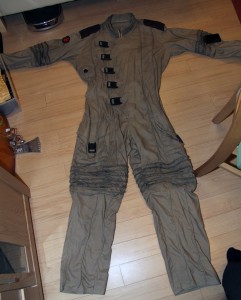 Rather than fastening conventionally, the suit uses Velcro fasteners on the buckles and at the shoulders:- 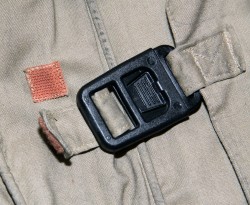 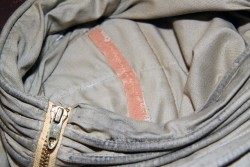 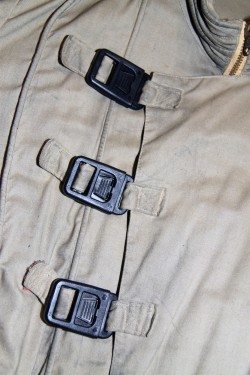 Here are some of the details up close. The first is some sort of valve, presumably for connecting an air supply. The other is the wrist bands supposedly for an airtight fitting to the gloves no doubt:- 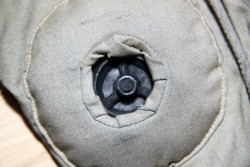 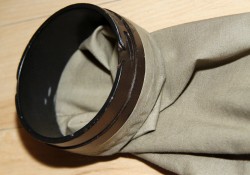 Next we have the shoulder pads + a really cool stitched Terran Confederation logo:- 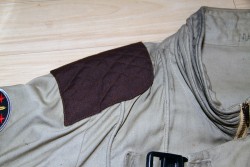 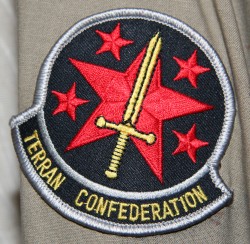 More close-ups. Mark Hamill’s name is written on the inside just as shown in the PC Gamer article. The other photo shows some mysterious red spots on the front, possibly from the death scene where Blair is “honoured” in the same way as Angel or maybe just general muck. The suit arrived fairly grimy apparently and is still just as it was. I’m guessing it might have been done deliberately as it wouldn’t have looked right on the FMV if Blair was too pristine. 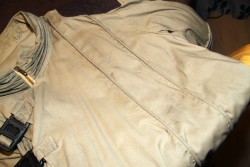 And to finish off a picture from the back:- 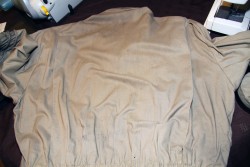 Massive thanks to Matt for all these photo’s. When I saw this competition, I half expected the suit to have ended up with someone who wasn’t all that big a Wing Commander fan but I needn’t have worried as it clearly ended up in good hands. If anyone ever wanted to make a replica you should now have all the detail you could ever wish for.

I haven’t got anything that can compete with this but I brought some wearable Origin gear back from Austin last year so I’ve decided to keep the theme up and post some photo’s of my own every day for the rest of the week. As ever, I’ll save the best for last.