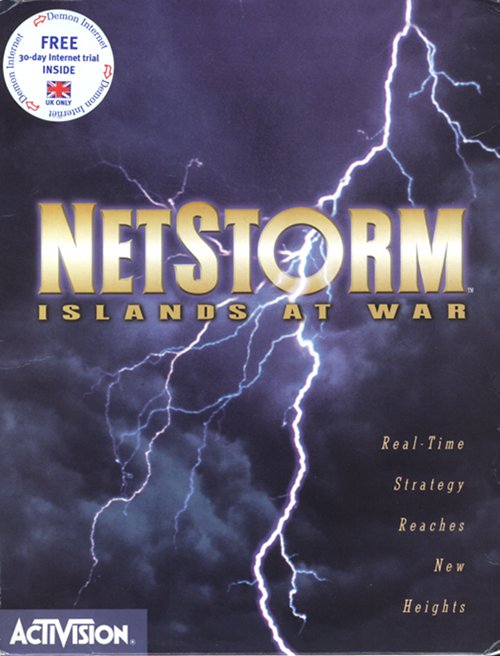 I’m breaking off the books for a while to play another game, Netstorm. This was published in 1997 by Activision and developed by Titanic Entertainment. Titanic was founded by Ken Demarest, Zack Simpson and Jim Greer, all of whom were former Origin employees who had worked on Ultima 7 among numerous other titles. 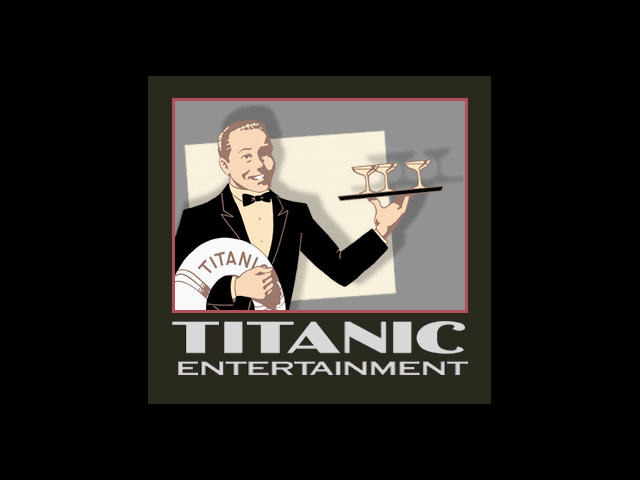 If you haven’t heard of Netstorm then you are in the majority. If this game is famous for anything, it is that it only sold 13,500 copies. To put this in perspective, Akalabeth sold 30,000 back in 1980/81 when no one actually had computers. In theory, that should make Netstorm one of the rarer games I own, but this wasn’t reflected in the price.

Despite the poor sales, the game was actually critically acclaimed and gamecenter.com described it as the #1 game no one ever played in 2000. Unfortunately for Titanic Entertainment, their name proved to be all too fitting and this was the only game they ever made. It did gain a following from some gamers though and still has an active community to this day. 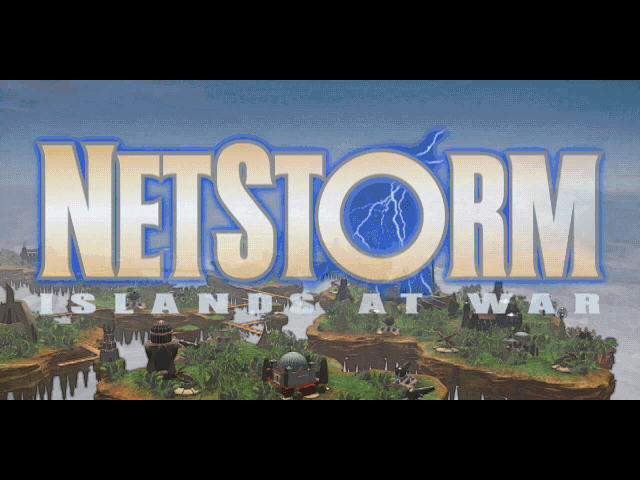 Netstorm, as the name suggests, was primarily made with internet multiplayer games in mind which may have been its biggest downfall as the market probably wasn’t ready for it. Activision did little to no marketing which would hardly have helped a fledgling developer either. I’ll just be looking at the single player campaign which has 16 missions + six training missions. Despite the age of this game, it did actually run in Windows 7 without any tweaking at all, but I was getting minor colour problems and ended up resorting to playing it on my Windows 98 machine instead. 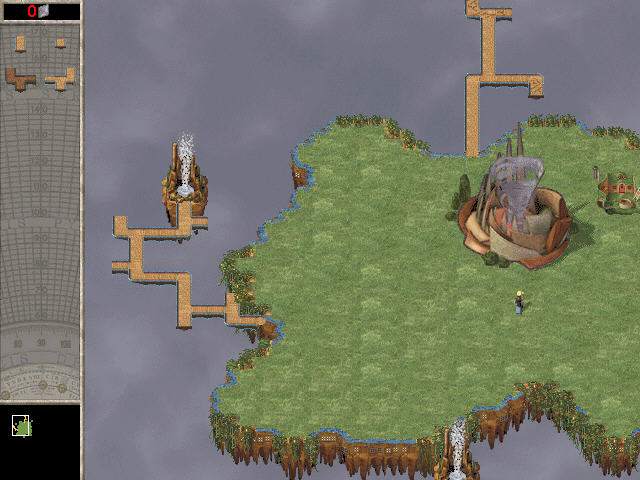 The game is an RTS set in the world of Nimbus. The people of Nimbus live on islands floating around in the sky while beneath the three Furies of Wind, Rain and Thunder battle amongst themselves. All the units in the game harness the furies powers and each unit requires a certain amount of each type of energy to be built. Once built units don’t consume energy, however. Each side has one high priest who can build workshops to create other structures, or temples to sacrifice other priests on (the ultimate aim of the single player game).  You can upgrade buildings, set them to producing certain other structures and the like. Resources have to be collected to buy units or purchase upgrades. These sort of mechanics will be familiar enough to anyone who has played Command and Conquer or the like, but from the little I’ve seen playing the tutorial missions so far this plays very differently.

Before I get to that, the tutorials start out with the real basics of building bridges. One of the snags with living in the clouds is that you need to be able to travel between islands, which is where these come in. They are manufactured in random Tetris-like shapes that you can use to build away from your island. The geysers shown on the screenshot above are the resource in this game, and I have to build bridges to be able to collect storm crystals from them, which I’ll then use to build with. The bridge mechanic is certainly unusual, and I end up building all over the place to get where I’m trying to go. Later in the game, I will actually need the spare branches to nowhere, as I can place units there but you can’t build on the side of bridges. The bridges have a tendency to collapse after a while if they aren’t joined up at both ends so you can’t afford to take too long setting them up. 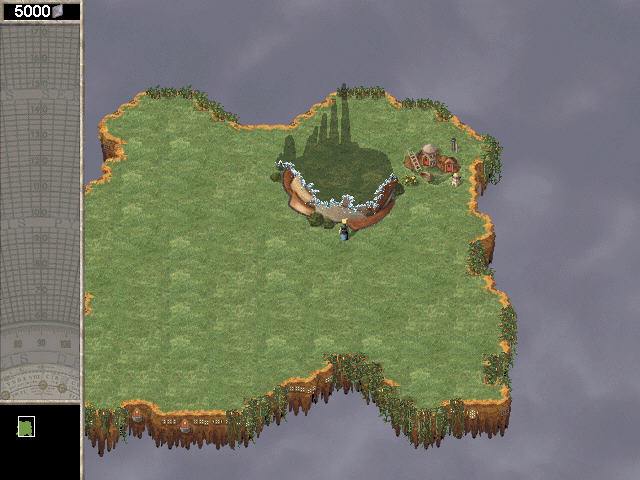 The animation when I create a building deserves a mention as they shimmer into existence from the ground up. This isn’t a game that is especially impressive graphically, but it’s not ugly either and this sort of effect does work well. 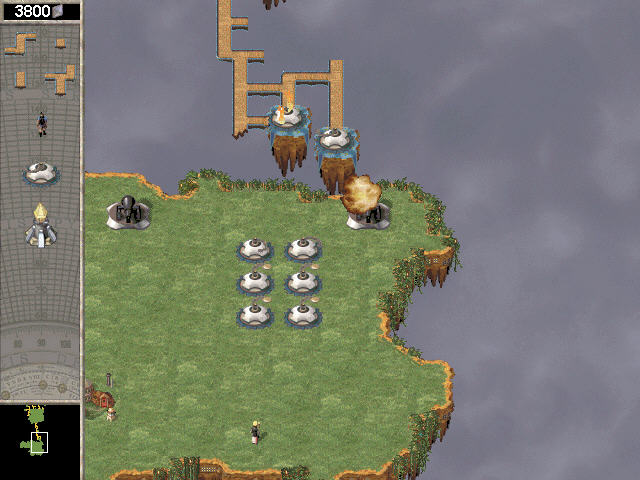 The tutorial missions gradually work their way through the game basics. Here I’m attacking an enemy cannon with my sun disc throwers. The cannon’s have a long-range but can only fire in straight lines so are vulnerable diagonally. I have to build close enough to attack these with my sun disc throwers, while keeping out of range of the enemy. I can then build my own cannon and take out the rest of the enemy defences from a distance.

It may change later in the game but there is an emphasis in these tutorials on stationary buildings rather than the C&C style of RTS, where you build a huge army and send them out exploring. With each unit needing energy to be created and the generators only having a limited range, I end up having to create a chain of generators to reach a certain point. These may then have to be defended from one of the enemy buildings which launches flying vehicles to bomb them. This definitely has the potential to become extremely tactical and the bridge building will be key.

To win the mission I have to reach an enemy island and capture their priest, usually by building a sun disc thrower near him so far. In one mission, I can also collect a spell from the enemy island using one of my golems (previously only used to collect resources). The golem can then cast the devastation spell near the priest, which subdues him long enough for the golem to pick him up and carry him back to be sacrificed on my awaiting altar.

I’ve only played the 6 tutorial missions so far and  I get the impression that these missions only scratched the surface. I like the look of Netstorm so far though.  The gameplay is slightly quirky but it’s original, simple enough to understand and looks to have some serious depth to it. I’ll have to play some of the real missions before I start to get a true feel for it.