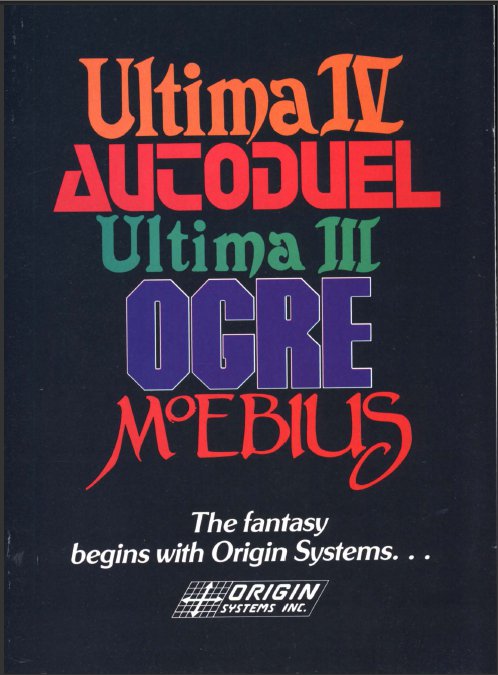 I expect these may already be available somewhere but I’ve just added pdf’s of every Origin catalog I own to the downloads. The earliest of these isn’t dated but will be from around 1987 and the latest is from 1994.
There are a few interesting bits and pieces in these. For instance, the 87 catalog mentions an upcoming basketball game called Homecourt which never got released thanks to Origin moving to Texas in 89. There is a post about this by John Romero on his site at http://planetromero.com/2010/08/gametales-homecourt.
A few alternate covers caught my eye also such as the horrific Ultima Underworld cover in the 91/92 catalog. I’m assuming none of these ever made it onto the shelves.
The full catalogs gave way to small pamphlets of new releases in the early-mid 90’s and after 1994 the only catalogs I have with any of the games cover all of EA’s products.