After getting set up to run BBC games last week, I thought I ought to have a look at Chris Roberts’ other games on the system. This led to the idea of doing a longplay for Wizadore which sounded like a good idea until I realised how ferociously difficult it is. I am starting to get the hang of it but it’s a serious challenge. I may get that done by the end of the week but in the meanwhile it’s going to be more UK magazine scans as I have stacks of them lined up. 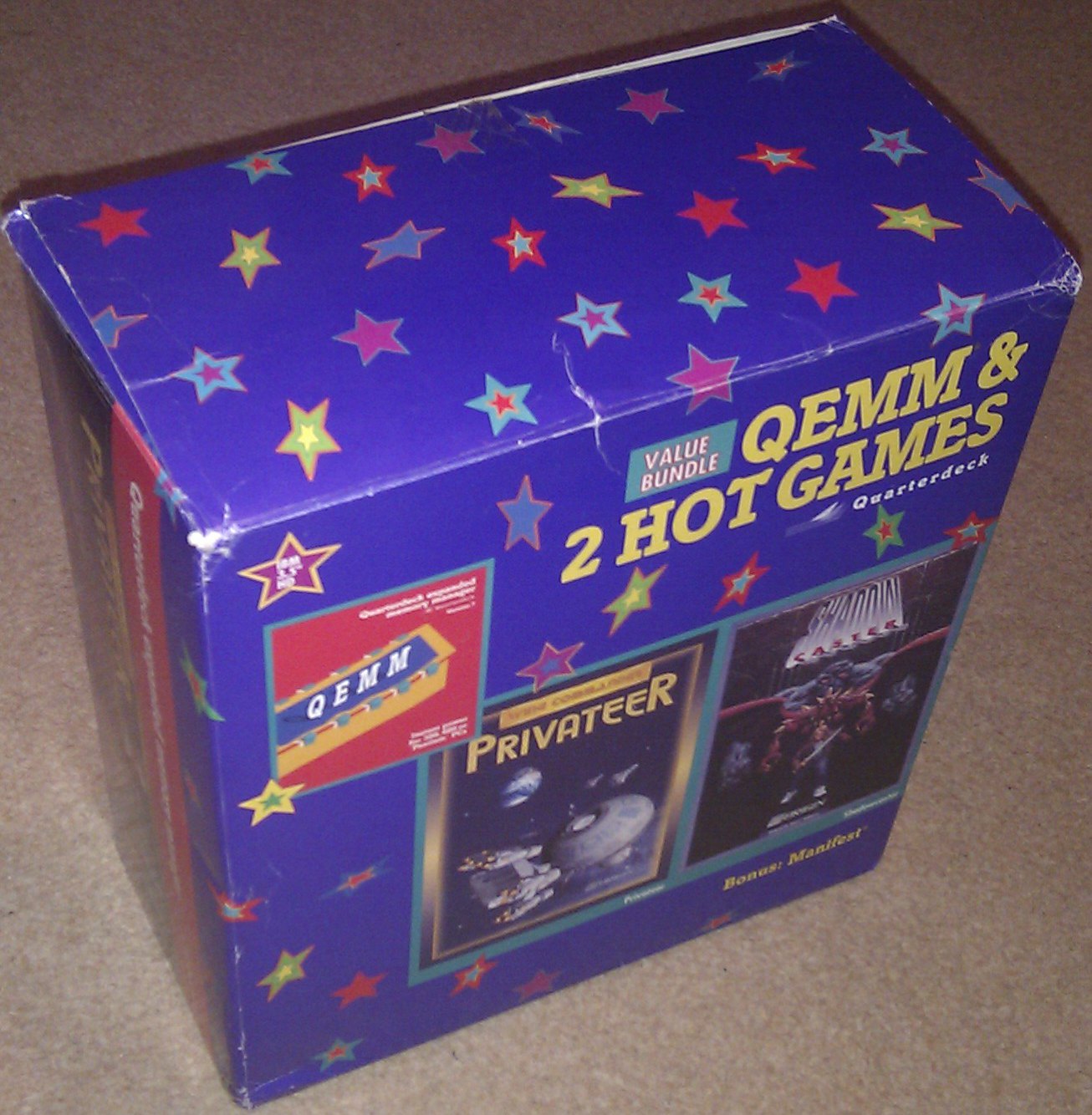 Today however, I thought I’d share an Origin compilation I found last week. I’ve never gone out of my way to pick up compilations but the only mention of it I could find on the web was a mostly blank entry on Mobygames with no scans so I had to buy it. 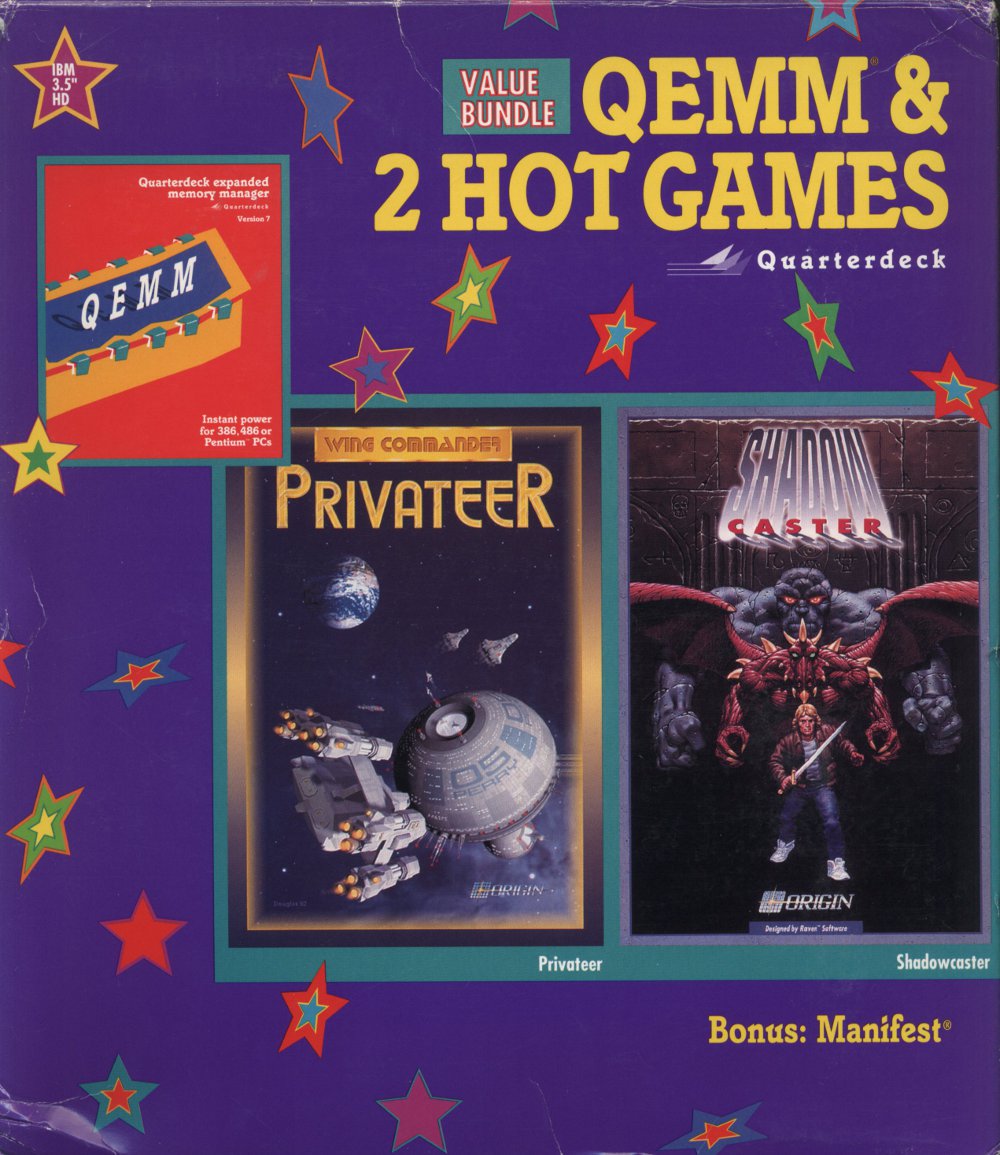 It’s a compilation of the floppy versions of Privateer and Shadowcaster bundled with QEMM 7 and it was released in 1993. QEMM was a memory manager for DOS which freed much of the base 640K of memory by loading drivers into higher memory. Before Windows 95, there were games where if you had the wrong combination of drivers (especially for certain CD drives) it was literally impossible to run them as you couldn’t free up enough memory. QEMM was the best choice in memory managers for years and simplified the whole process of freeing up base memory compared to the Microsoft equivalent. 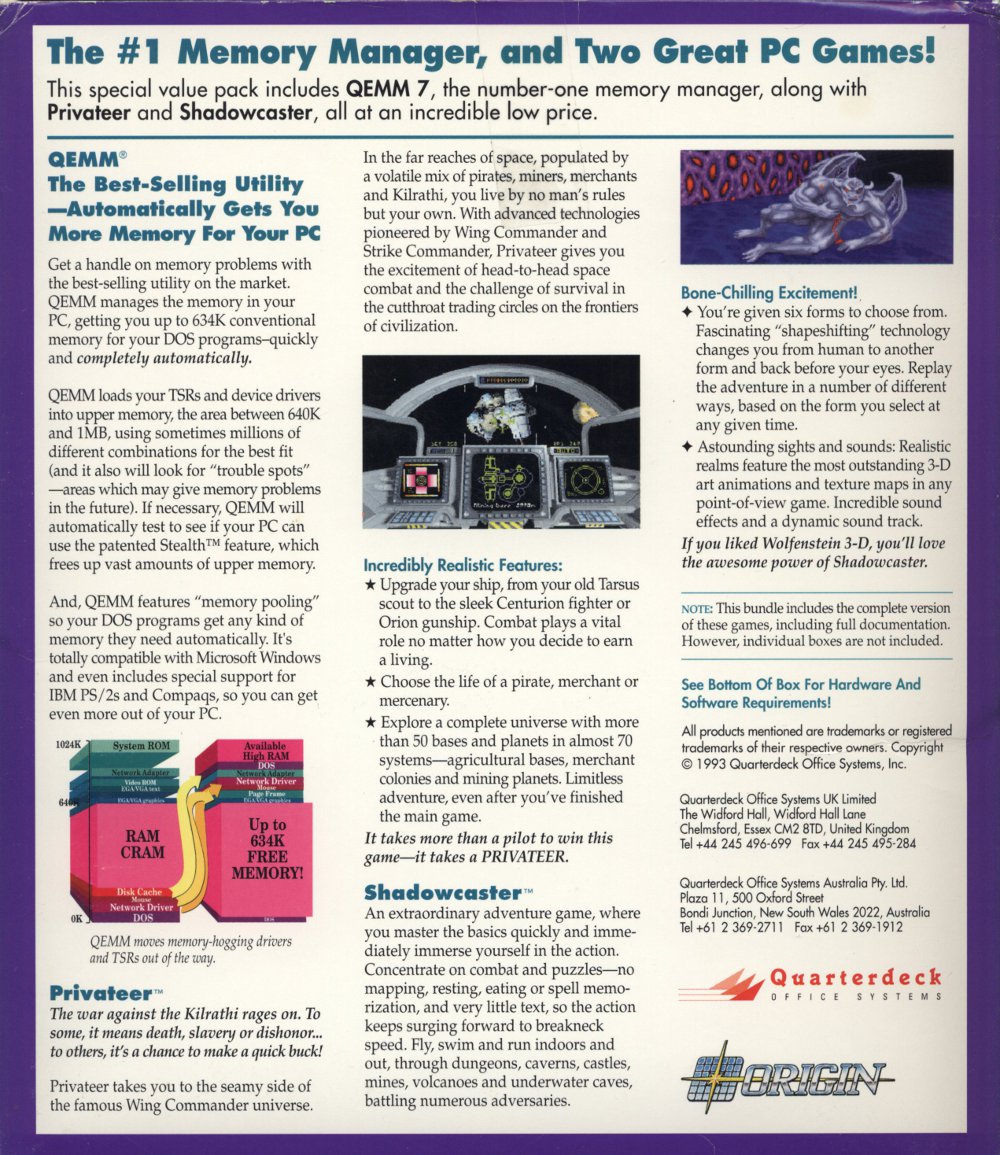 To get back to the compilation, it’s got the uninspired but accurate title of QEMM & 2 hot games and comes in a box that is a fairly average size from the front but ridiculously wide from the side. As you can see from the photo it isn’t pretty. For such a large box it would have been nice to see a more attractive design as it looks like it was knocked together using clipart by someone colourblind.

The sides of the box have pictures of the side panels of the original boxes on them although their dimensions have been distorted adding to the general ugliness. The whole box is also a little flimsy for its bulk and the whole presentation gives a cheap feel to the package. 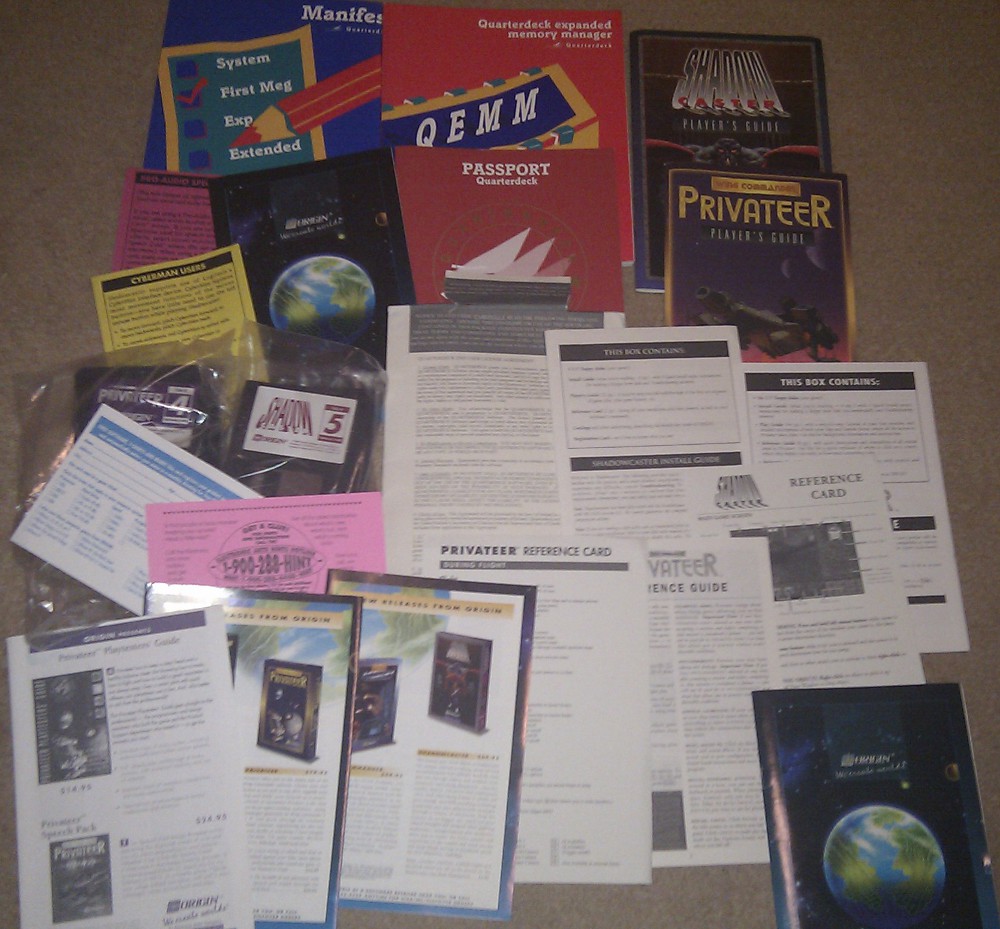 The box isn’t exactly crammed full but still includes a monster array of manuals including the full documentation for both games and the software on 3.5″ floppies. All the documentation looks to be exactly as it would be in the regular versions. In terms of content this is a great package with what were at the time brand new games, one of which is a classic. I remember what I paid for Privateer alone, so I can only assume that this compilation wasn’t cheap when new.

Whether or not that makes it rare I have no idea, but with nothing much on the web about it I thought it was worth a post. Rare or not, I can’t say it’s the most appealing item I’ve ever bought and it’s going to end up relegated to the dark corners of the collection where it is well out of sight.