I’ve not played any WC Saga in a couple of days but will be putting that right straight after I post this. Today it’s a very brief review of the CD version of Shadowcaster from the July 1994 PC Format. Most magazines I read back at that time would do these short reviews of CD versions of games since they had usually barely changed from the original. It really should have mentioned the extra levels that were added but the score is generous enough:- 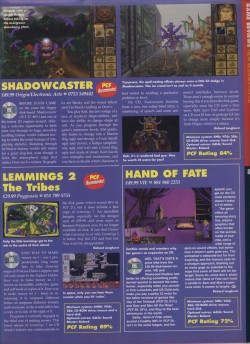 Since the review was so short, from the same magazine here is an EA advert for their forthcoming CD titles (half of which were Origin games):- 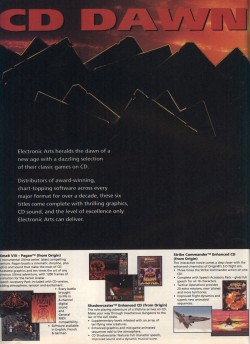 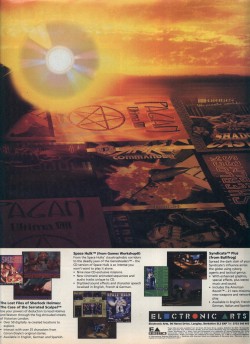 I’ll also give quick mention to the first part of a Matt Chat Youtube video with the Fat Man aka. George Sanger who should be a familiar name to Origin fans since he did the music for Wing Commander, Savage Empire and Ultima Underworld among many other games. It’s definitely worth a watch.