Here are some more scans from the July 1994 PC Format of a look behind the scenes of Wing Commander 3. It’s mostly the usual “interactive movie” hype that was going around at the time before the backlash against FMV kicked in about a year later.

Right at the end it mentions that there was a plan to release a movie and a game simultaneously in the future by filling in the gameplay bits with new footage. It might have needed to be a mini series but it’s a pity this never happened as a Wing Commander 4 movie would have been a whole lot more fun than the one we ended up with:- 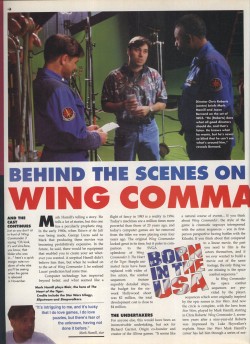 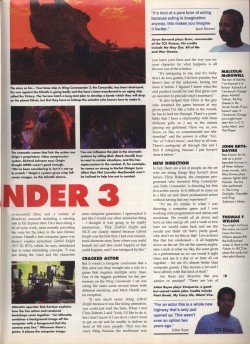 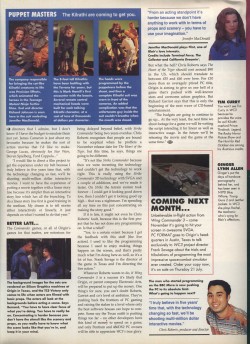