In the end I hardly managed any time on Starlancer this weekend so I’ve just got the two missions to report. I spoke too soon in my last post when I said I’d fixed my technical problems. In the end I am running this on XP and I’ve had to turn off all the other cores in my BIOS which seems to have done the trick but I’ve thought that before. The imagecfg program was setting it to run on 1 CPU without any problems but it was running the icd and exe on different cores still which may have been the problem. 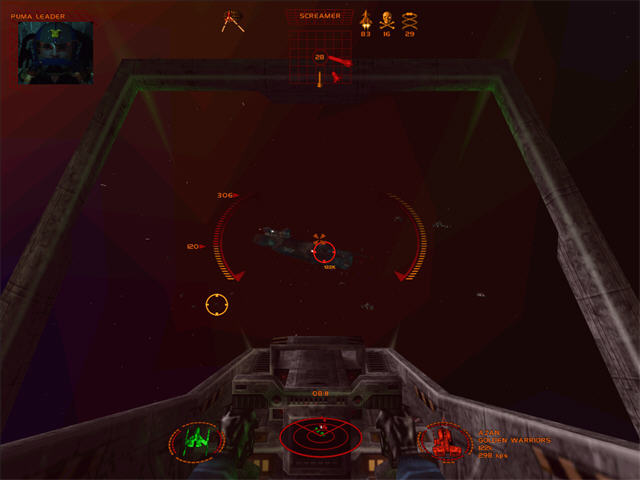 Mission 2 has us meeting up with the Puma sqaudron to help more of our retreating ships. The mission has a few stages including escorting a cap ship while the Puma’s are busy elsewhere. 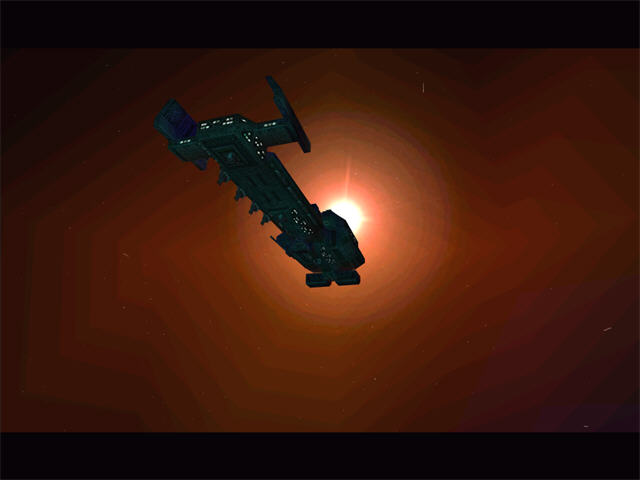 For the final stage of the mission, we come up against an enemy capship and we have no means of taking it out. It’s soon joined by a second. We are given the command to retreat but as soon as we finish off the fighters the cavalry arrives. 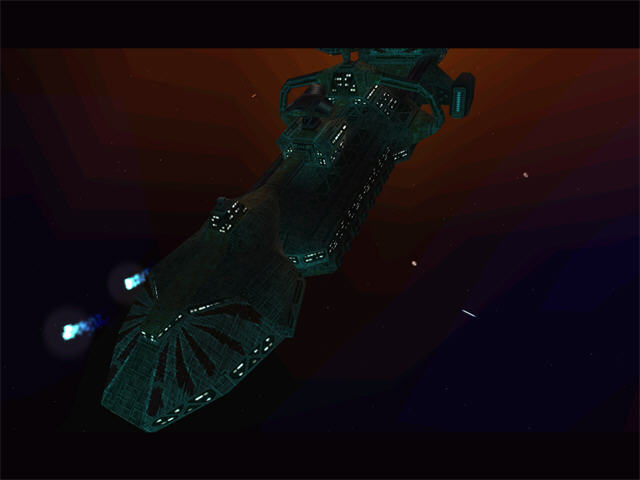 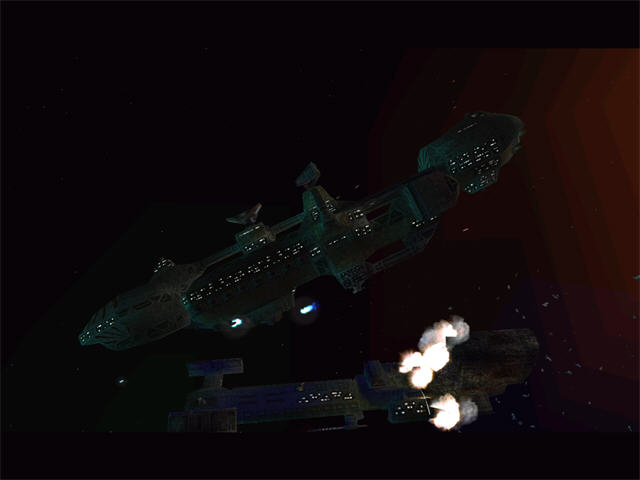 With a couple of torpedo bursts our ship takes out the opposition in seconds. There is a phased explosion on the capships as they burn to a husk from one end. The graphics in this game are growing on me – the advances from WCP are subtle and are in the explosions, ship animation and the like. There are little details like a slight corona appearing around planets when they are in the correct light. The actual models are arguably less interesting but the little details make up for it and this cutscene looks good by any standards. 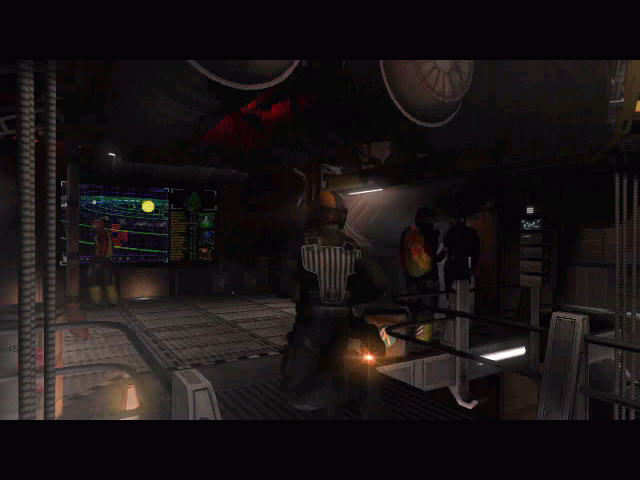 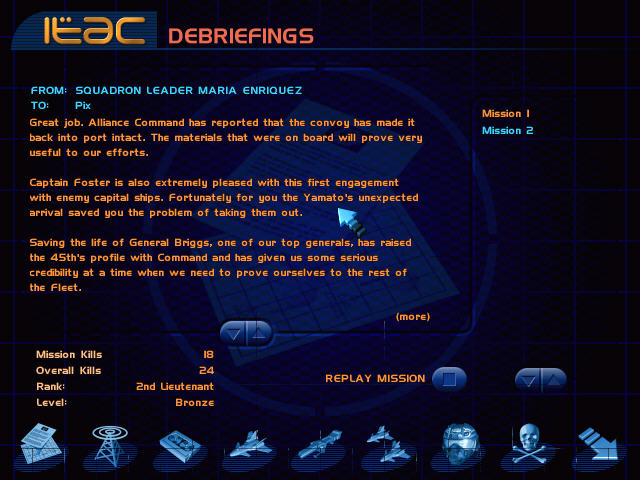 My debriefing after the mission is in the form of a text message. Each mission has several sub elements – I’m assuming I could fail one or all of these affecting this text and possibly future missions. This works ok but it’s less interesting than Wing Commander 2’s cinematic equivalent. 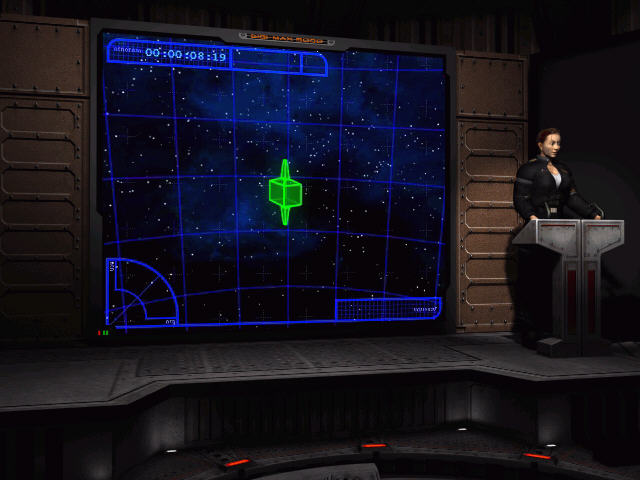 For mission 3 I’m sent out to retrieve a flight recorder from one of our ships which was destroyed. Our rookie squadron is going to team up with a veteran one including ace Klaus Steiner. 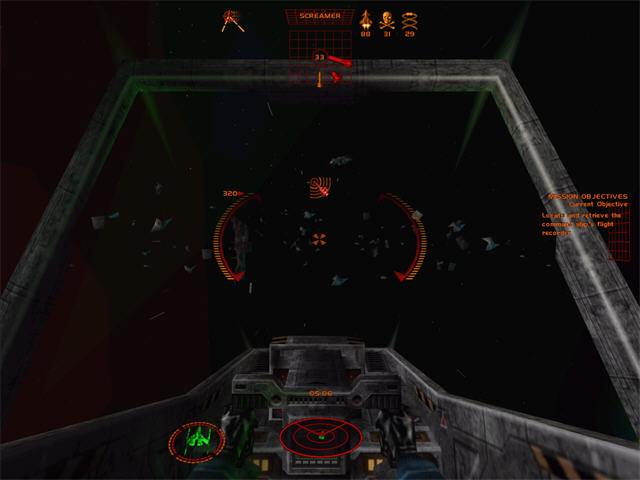 The recorder in in the middle of a mine field. I have to track it down using a homing device style beeper. Steiner speculates on where the enemy are coming from since there are not supposed to be any carriers around here. 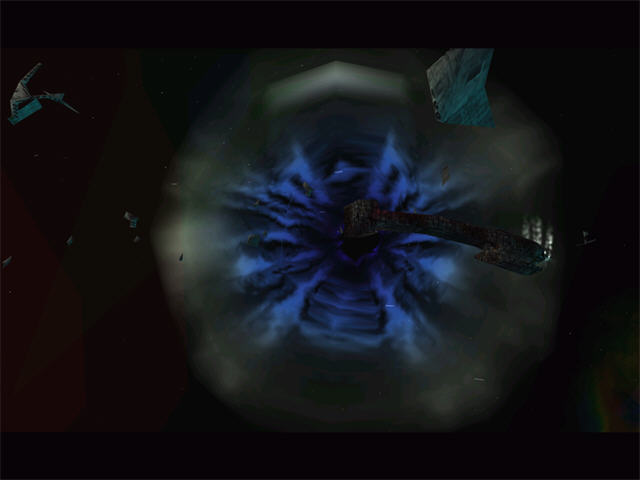 We soon find out when we are ambushed at the next nav point. 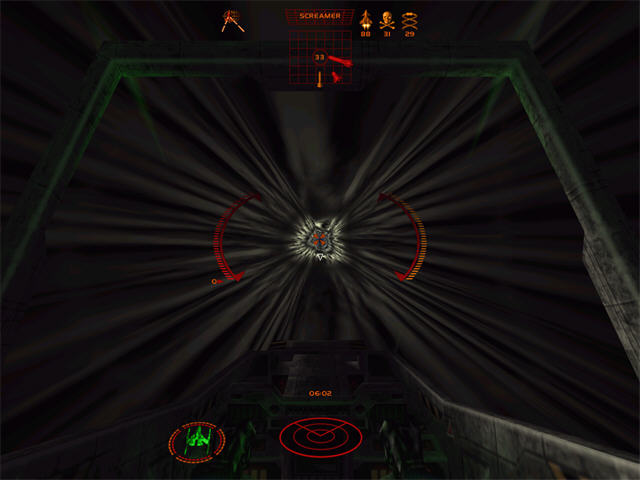 We are all sucked into a wormhole… 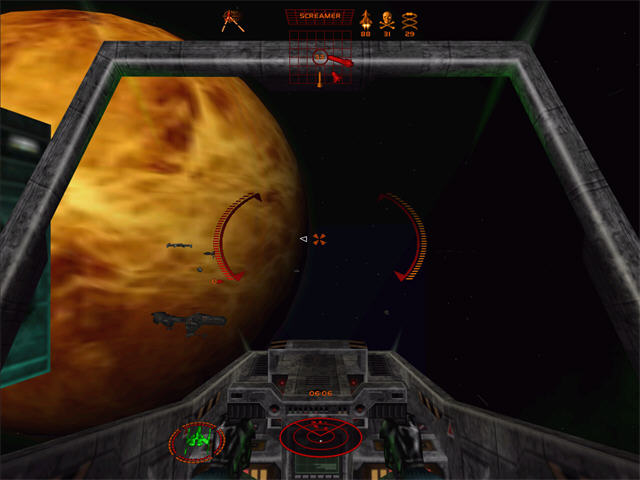 …only to emerge at Neptune. 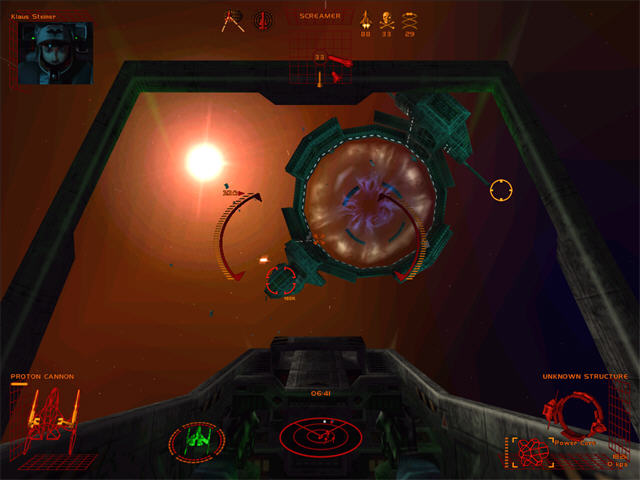 It appears the coalition has some new technology. I’m ordered to go and destroy it. 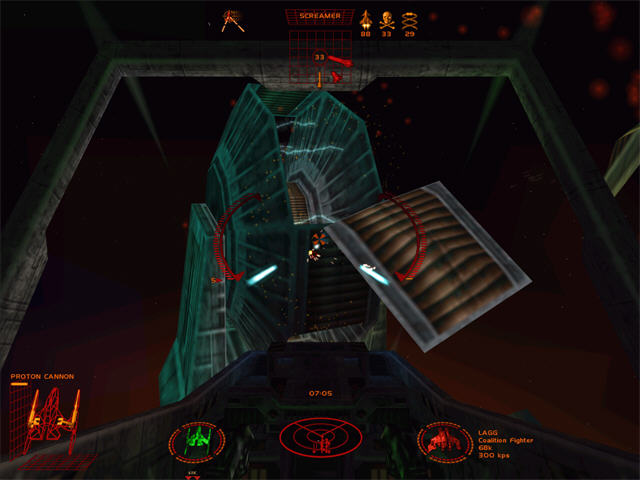 I have to fly in close and then blast these armour panels off before shooting the core inside. 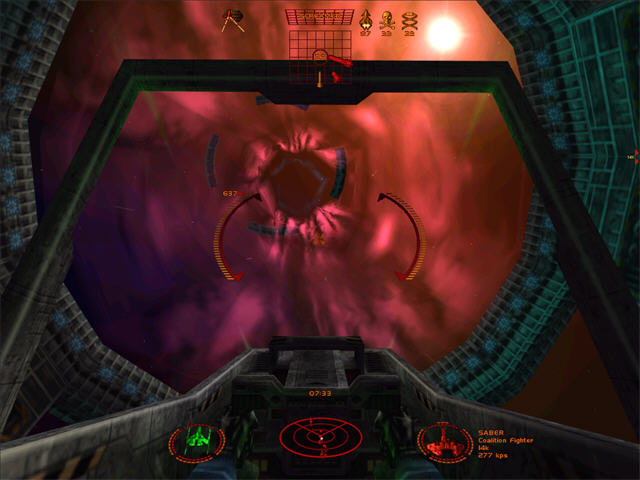 This starts the collapse of the wormhole and I have to fly back in asap while its still open. 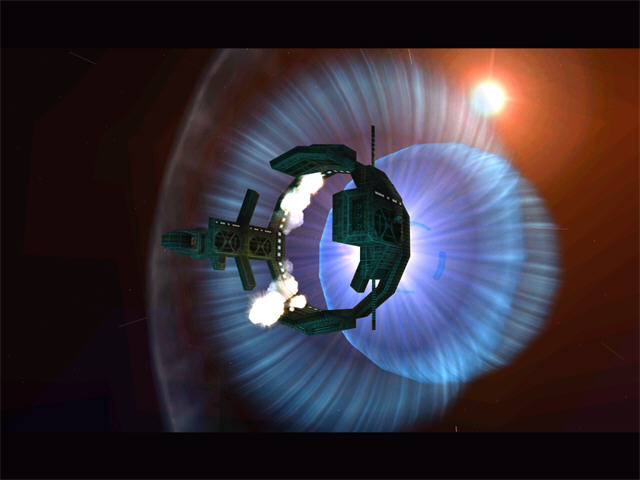 We make it in time with and the wormhole collapses behind us leaving us to mop up the enemy ships. 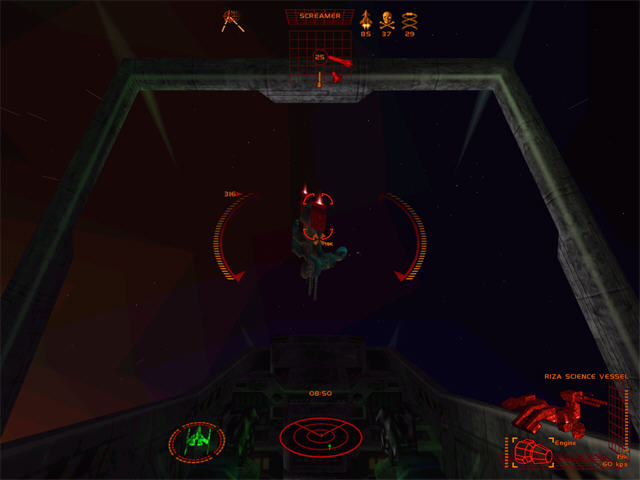 In yet another stage, I then have to disable this science vessel for capture. Rather than having ion beams I have to blow the engines off to achieve this.

I’m getting the hang of Starlancer now and found these two missions a lot easier than the first one. There are a few little quirks which take some getting used to, such as a varying turning speed depending on how fast you are going. The ships all have a blindfire which is taking a lot of the skill away. This is similar to the Excalibur in WC3 where it aims for me only this seems to be much more accurate. The laser recharge rate is quite high here and has a rapid refire which also helps. In some ways this feels closer to Privateer 2 than Wing Commander because of this. Even some of the taunts the pilots use are stolen straight from Priv2.

I’m impressed with the scale and variety of these two missions for such an early point in the game. From what I’ve seen so far this will be far better than I remembered although without the strong storyline I’m never going to like it as much as the Wing Commander series no matter how good the missions are.