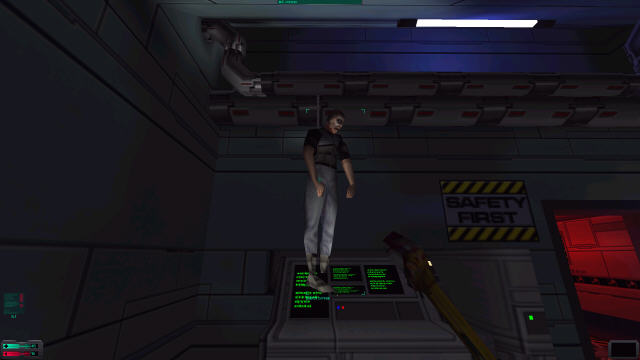 I’m told by my friend on Level 4 that I need to gain access to the medical area to start up the elevator. I need to recharge a power cell to get in there though which means looking around everywhere in order to find a charger. In the first room I look in I find this guy who seems to have gone for the better alternative to becoming a cyborg. 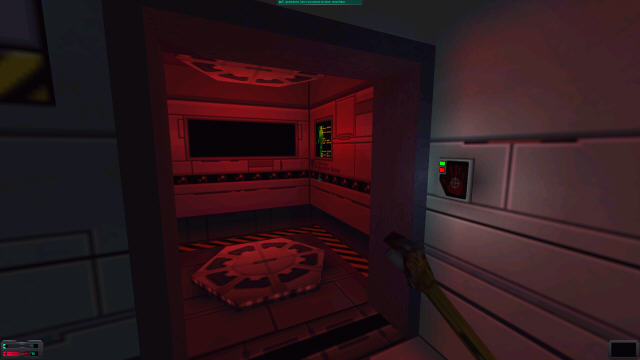 Right next to him is a regeneration chamber. This is just like SS1 in that it revives me when I die but I have to activate it first. There is a small charge of 10 nanites, I suppose if I can’t pay this I die off for good but I’ll try not to test that theory. 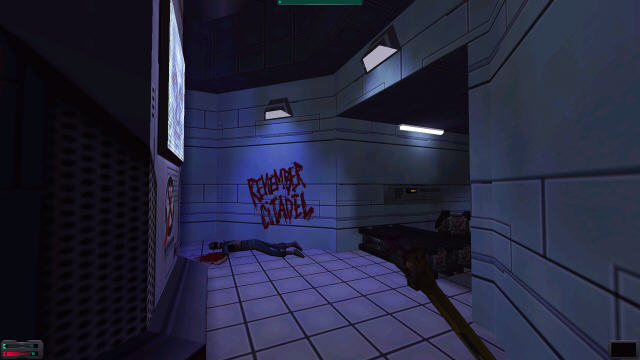 I find more bodies as I search around and the station and a message in blood referring to Citadel Station from SS1. 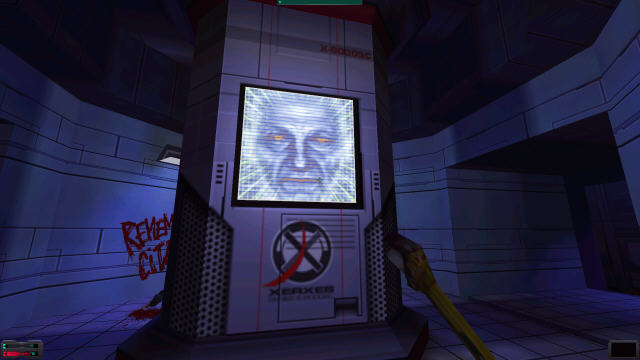 The stations A.I. Xerxes starts to taunt me. He appears to be a male equivalent of Shodan. 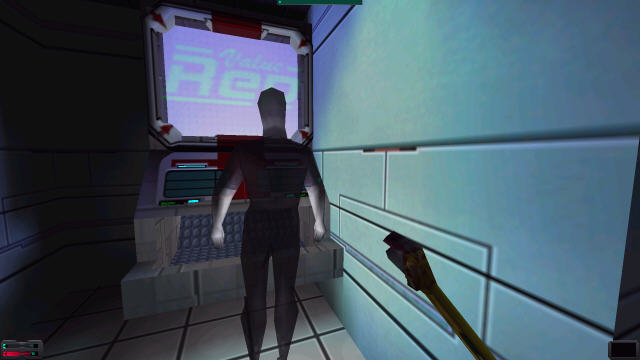 Aside from these guys I also have to cope with ghostly images that appear every now and then. I’m told that this is a byproduct of my psi enhancement. 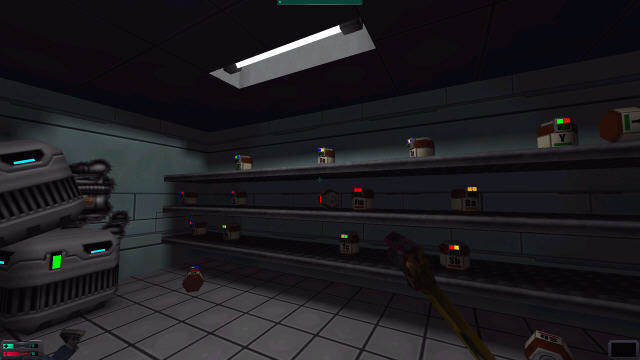 I’ve been picking up strange objects from some of the cyborgs on this level. I can research these (or could if I had the skill) to discover their use. This research requires various chemicals which come from rooms like this one. I suppose there will be a room like this on most floors. 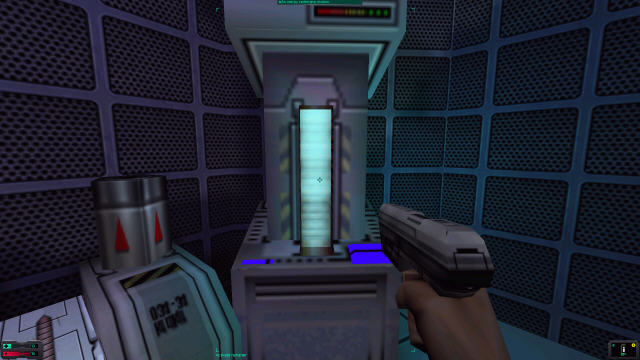 The recharger doesn’t take a lot of finding. I do have to fight a load of cyborgs plus a couple of gun turrets to get this far. 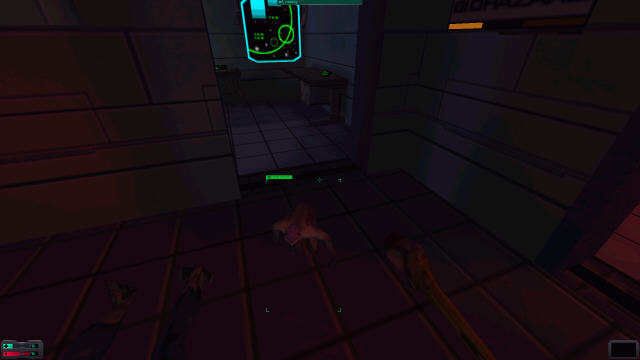 I continue exploring the level rather than heading straight for the lift. I find a strange little monkey creature that attacks me on sight. I’ll be seeing a lot more of these later. 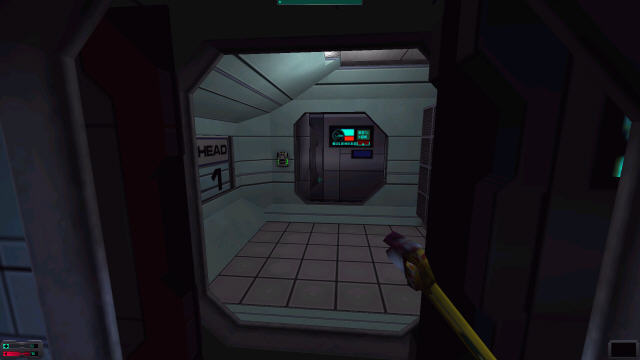 The power cell allows me access to a lift to the medical section. 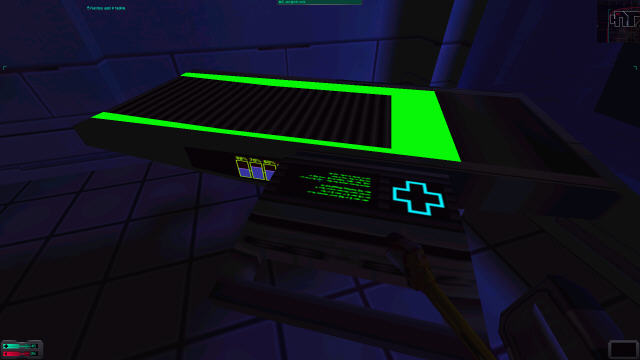 There are some medical tables down here which I can use to fully restore my health at the cost of a few nanites. There are also a load more of those monkey things. They throw some sort of psychic charge at me and are annoyingly difficult to hit with a wrench given how small they are. They only take a hit or two to drop though so they aren’t too tough. The monkeys were brought on board for experiments and it seems that the ships A.I. has been tampering with them.

After another hour or so today I’m not much wiser but I’ve explored a bit more of the base. SS2 is very atmospheric so far and for some reason I’m finding the low polygon cyborgs a lot scarier than the highly detailed animated corpses from Dead Space. The way they tell me to run away or kill them while I’m bludgeoning them with a wrench is strangely disturbing.

I’ve been collecting a few upgrade modules as I’ve gone through but with the myriad of options its extremely difficult to know what to upgrade. I’m having to choose almost randomly as there is no way to know whats coming. I do like this level of complexity and while this is clearly an FPS it’s possibly feeling a bit closer to being an RPG than SS1 did from the little I’ve seen so far. SS2 is already growing on me and I must be getting used to the graphics as they are starting to look quite good. I think I’m going to enjoy this game a lot more than any of the modern releases I’ve been playing.