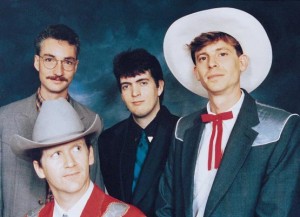 I found this 5 page interview with George Sanger yesterday in the June 1994 Game Developer Magazine. There are plenty of references to Wing Commander which according to this had its soundtrack subcontracted out to Dave Govett although I’d always thought that it was more of a team effort. There is also a passing reference to Nino’s Interactive Music (NIM) which was a similar system to Lucasart’s iMuse which was used in numerous Origin games in the 90’s.