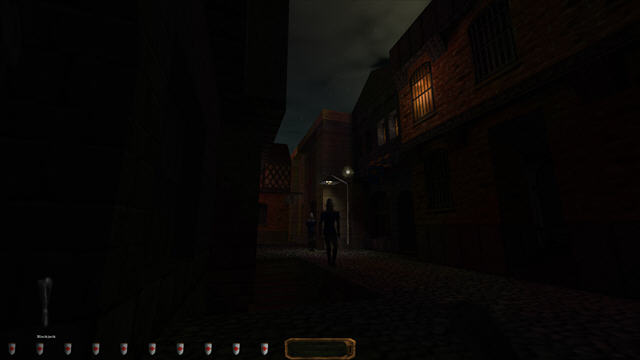 It’s back to Thief 2 again – I just managed a single level again tonight but at least I’m making progress. I find myself out on the city streets with the watch in every direction. 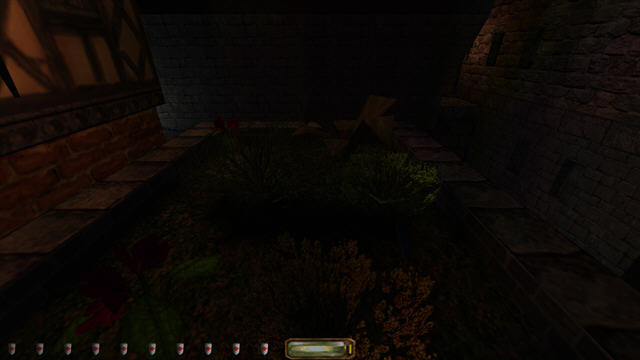 I manage to blackjack a few of them and hoist myself onto a roof garden to get onto an adjoining street to escape from the rest. 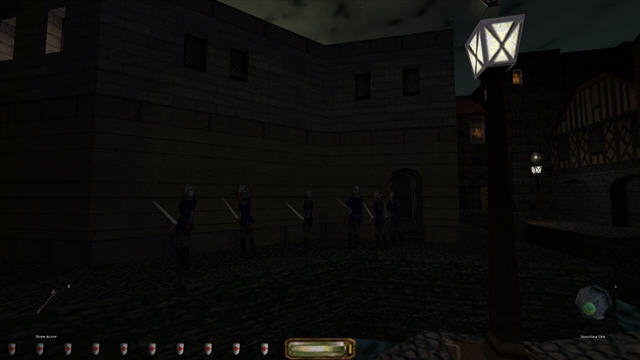 The streets are just crawling with guards and I end up being spotted. I decide to just make a run for it and see what happens. The guards can’t catch up with me although I’m unable to lose them for a while. There is a canal passing through the town which I manage to jump across when I run into it and due to the games guards not being able to jump themselves I’m safe again and probably just saved myself 10 minutes of sneaking. A look back reveals a lot of guards on the far side. 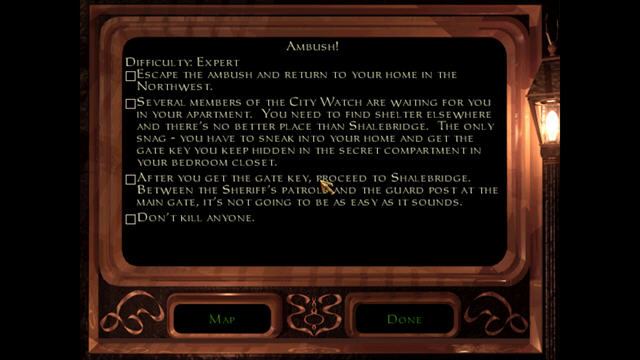 My house isn’t far away. I’m thinking that it was a very easy level but I’m not done yet and get a whole new set of objectives. 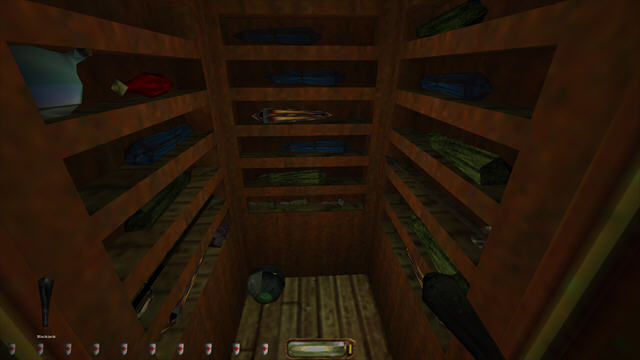 My house is very well protected with 3 guards on the front door + a couple more inside. I manage to draw the guards away from the front door by making a bit of noise and take them out one at a time. This isn’t easy but I have plenty of dark areas to work with. The guards inside the house are much easier once I’ve doused the lights. I have a secret closet upstairs full of goodies + the key I need to open the gate out of the city.

I did notice an alternative route into my house at the back by moving a box and climbing onto the balcony but I always got spotted when I tried this one so I stuck to taking all the guards out. 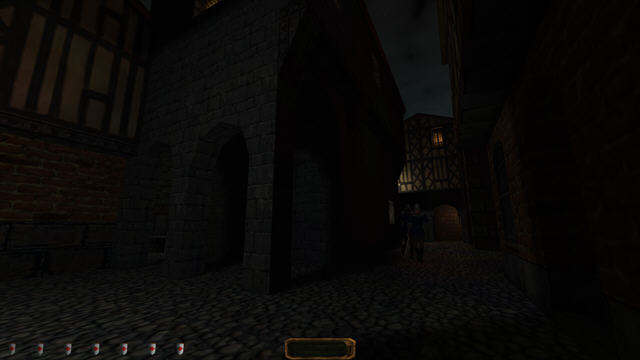 I have to go right the way back to the far side of the city and there are probably a couple of dozen watch guards in the way. Most of these are near the gate itself. I don’t worry about knocking them all out but just sneak past where I can. I take a short cut through the sewer at one point which is a lot easier than dodging guards. 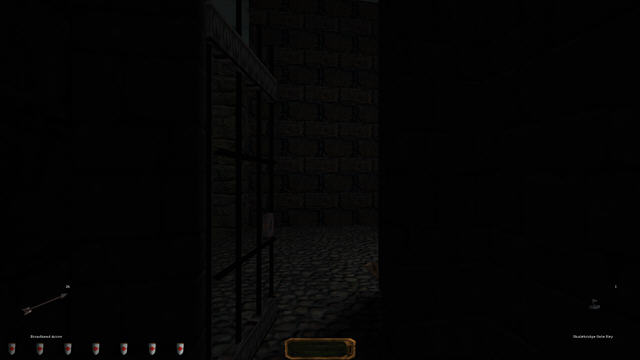 Getting to the gate isn’t easy and takes a good few attempts but I get there in the end and make my escape to my safe house. 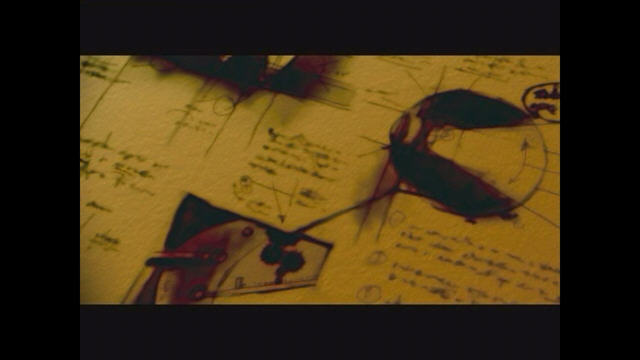 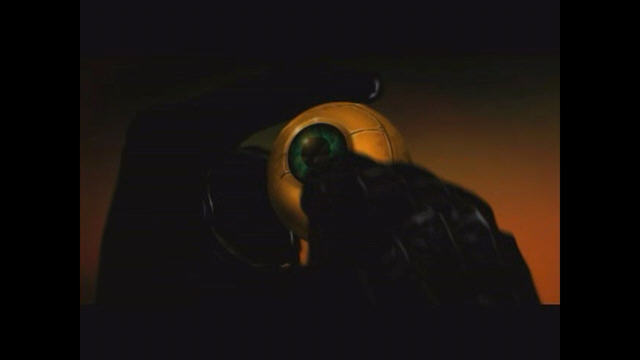 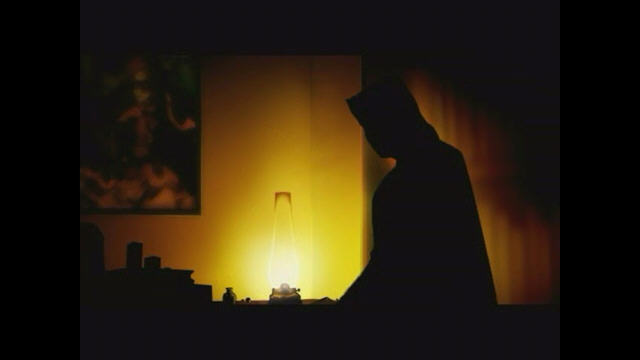 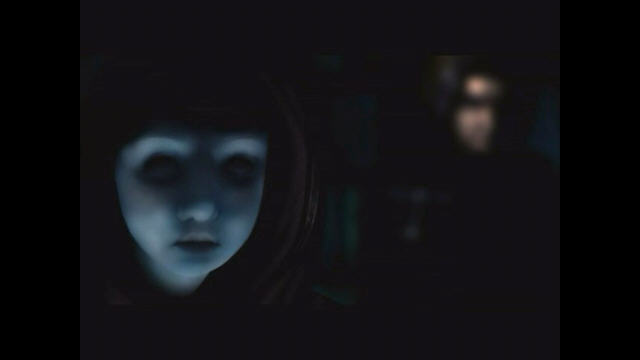 While I’m there I’m summoned by the keepers and reluctantly agree to go along. There is a creepy child reciting a prophecy which I don’t take too seriously. 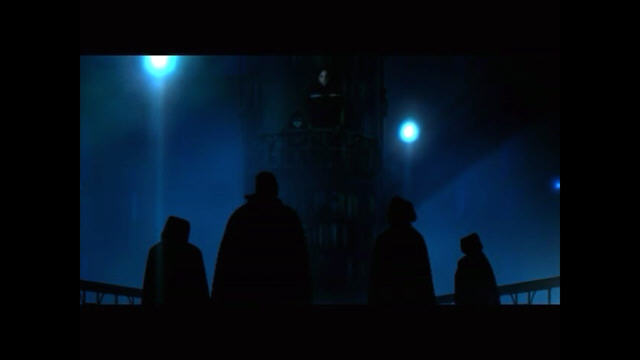 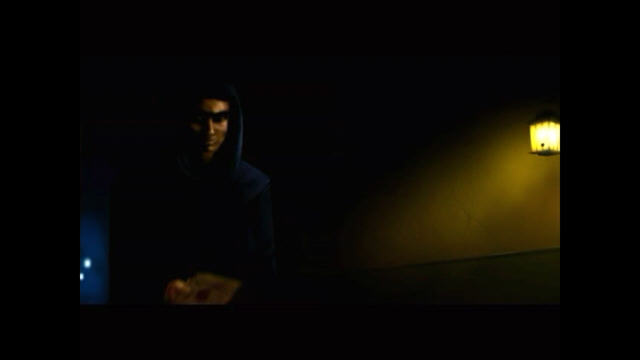 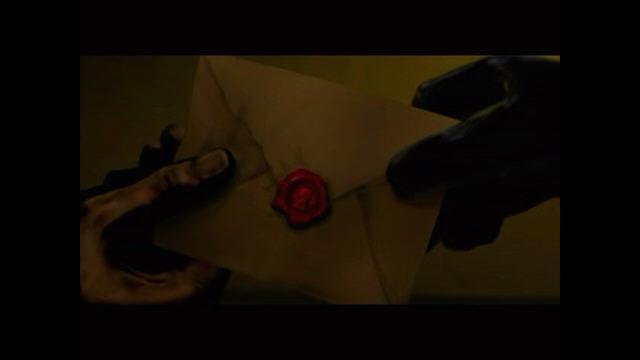 I learn that the metal age is beginning and the keepers want me to help them out.  Garret is less than interested in this and just wants to look out for his own interests so I don’t stay long enough to learn any details. Something is clearly wrong in the city but for now I’m more interested in sorting out my problems with the watch. One of the keepers hands me a letter on the way out. 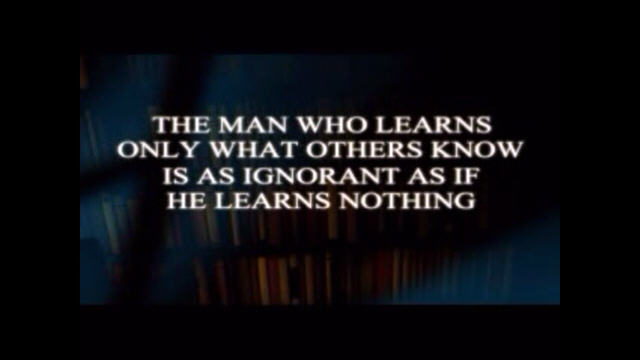 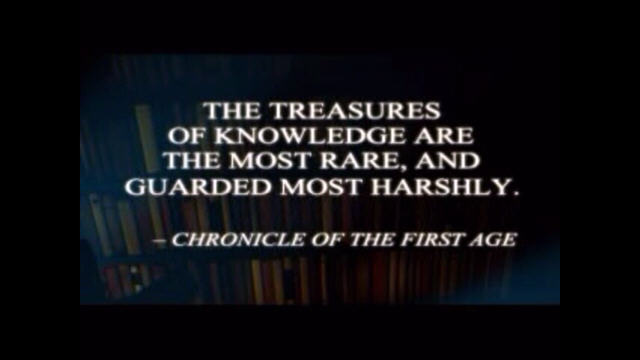 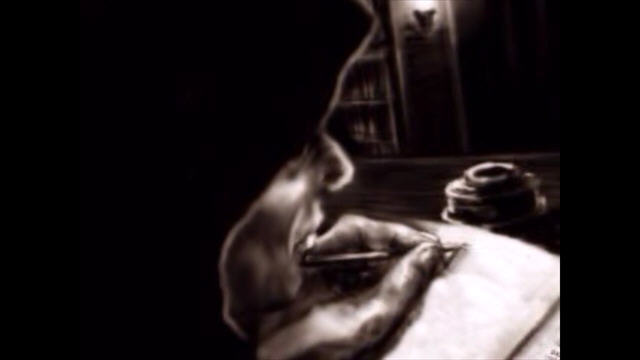 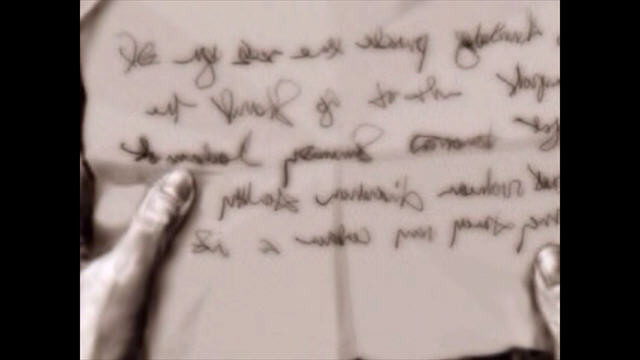 The letter tells me that where to go to eavesdrop on the sheriff that has been hired to kill me. I need to know who could have hired him so I can do something about the situation. 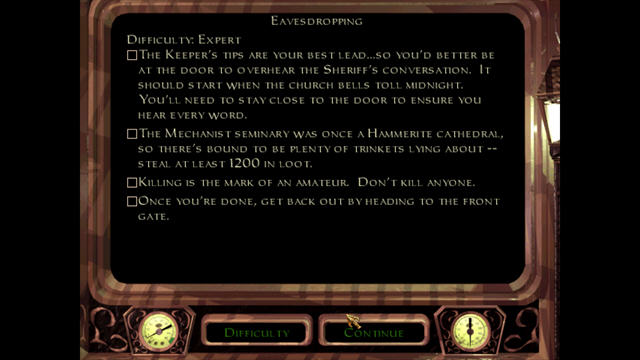 This has been a decent mission with a myriad of choices on how to play it. I get the feeling I never even saw half the level as I stuck to the quickest routes I could find. I’m certain there were alternative routes through the city such as crawling through the canals as I kept spotting them on my way through. The plot is just starting to get going although I still have little idea what is going on thanks to Garret’s unwillingness to listen to the keepers. I get the feeling my problems are linked to theirs or they wouldn’t be helping me out.