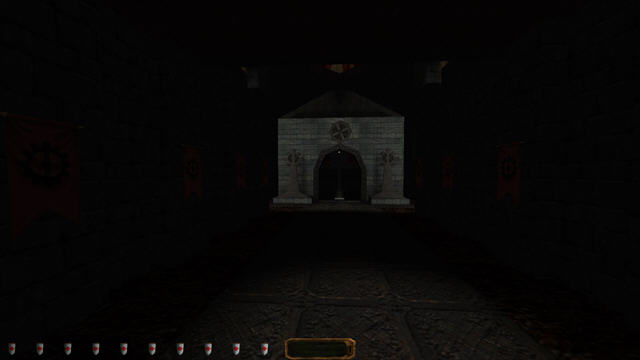 For level 5 I need to make my way around the outside of the Mechanist temple to overhear the meeting going on between it’s leader and the Sheriff. These Mechanists really like their metal and a lot of the building + all the paths are made out of it. The paths are a particular problem as crawling around on them makes a lot of noise. It does mean I can hear the guards coming at least. 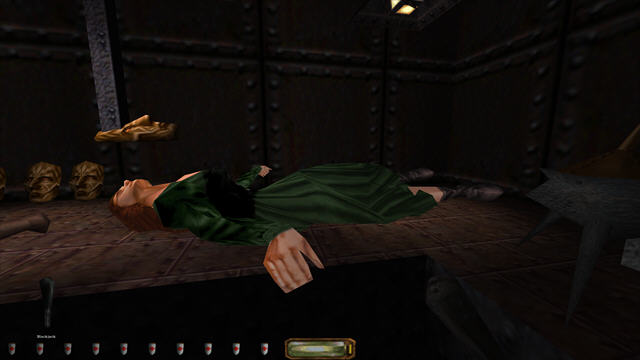 I find a small outbuilding with 3 bodies in it. It appears that these bodies are being transformed in some way as there is a metal mask ready to go onto the face of the middle one. I’ll learn more about this shortly. 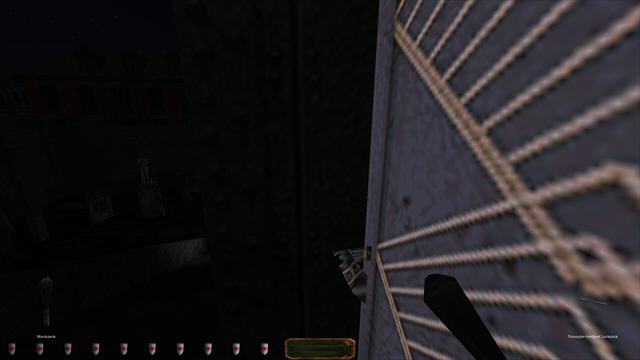 I find a door to listen at and after the bells stop tolling for midnight, I hear a long meeting between the Sheriff and the Mechanist leader Carith. Carith has a very strange voice, it took me a while to figure out what it reminded me of but I eventually realised it was Droopy from the cartoons I watched when I was a kid. It’s a slightly more sinister version admiteddly but the image isn’t going to go away now until I get to see what he actually looks like. In the meeting the sheriff agrees to deliver up 20 bodies from the local dregs of society to Carith to be transformed in some way in return for a load of cash. I get to hear how this new creation can reduce people to powder using some sort of red gas emitted from the mask. I’m sure I’ll be seeing these later. After the sheriff goes, Carith tells his lackeys how he has recorded the meeting to ensure the Sheriffs cooperation and he orders the recording taken to the bank. I now need to get the key for the bank vault – I knew the mission couldn’t be that easy. 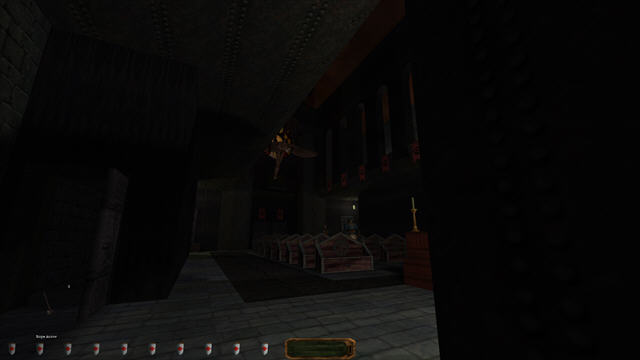 The building here is typically huge and spread over several floors. I’ve got to get 1200 gold in this mission so I don’t head for any particular area and instead just explore everywhere to find as much treasure as possible. 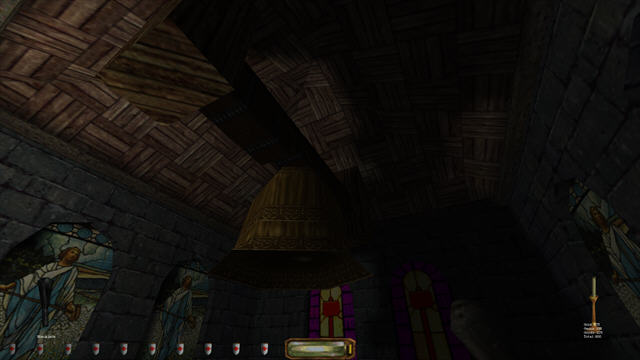 Thankfully the floors in the church are not made from metal and it is a more traditional affair with bell towers and the like made from stone. I clear out the main part of the church first then explore each of the towers. I’m finding little bits of treasure everywhere usually out in plain sight so I don’t have to search around for it. 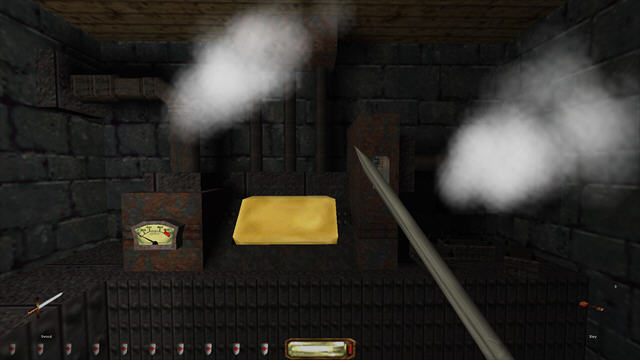 I find the key I’m looking for fairly easily. I need to make a wax impression of it which is harder. I have to go through the catacombs to find a workshop and a conveniently placed block of wax. There were a few of those creatures with skulls for faces wandering around down here that I remember from Thief 1. They are in effect the same as guards but I have to use my sword on them from behind instead of my blackjack.

I drop the key back where I find it and make my escape to finish the level. This level has been the best in the game so far. I didn’t have any problems with finding the treasure and I just needed to explore thoroughly. In the first level it seemed that I needed to find secrets to get enough gems but I ended up with way more than I needed here without any backtracking. There has been a varied range of locations, a constant challenge and not too much running around trying to figure out what to do next. 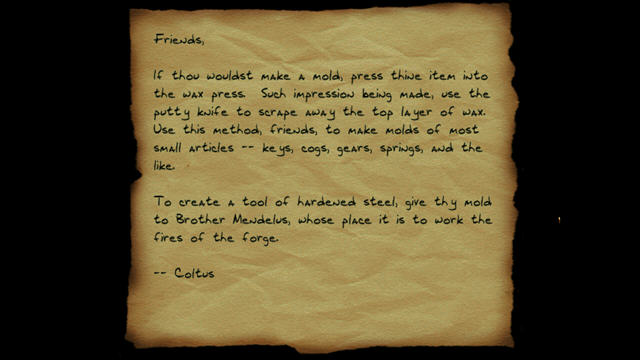 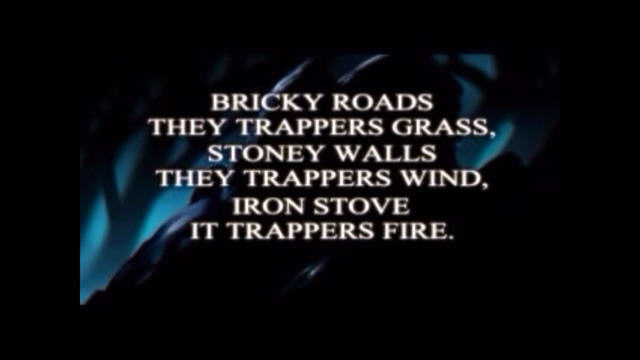 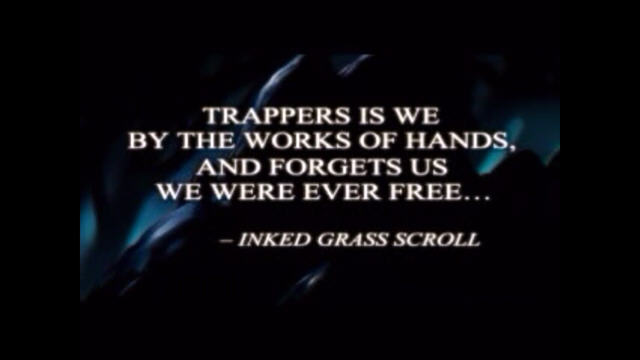 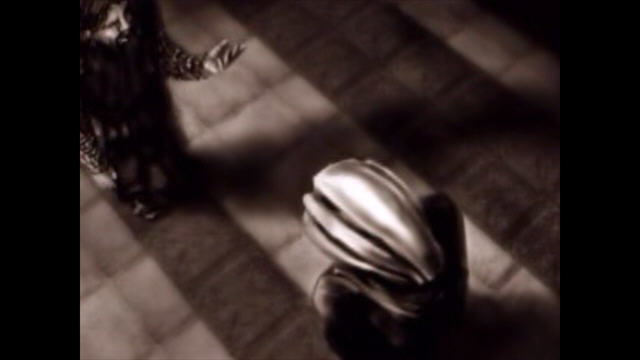 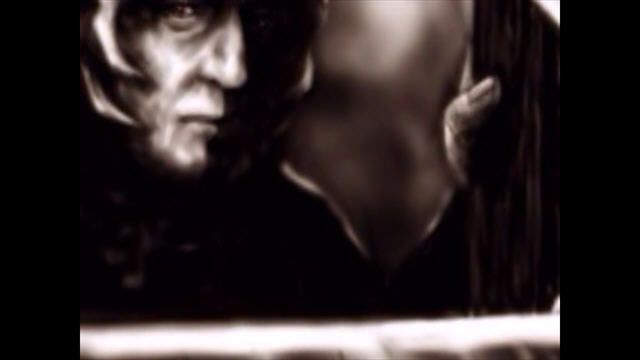 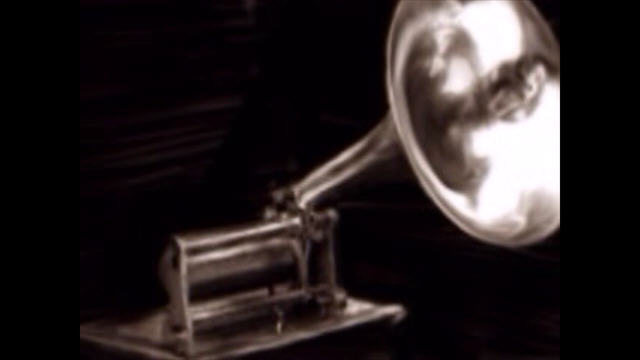 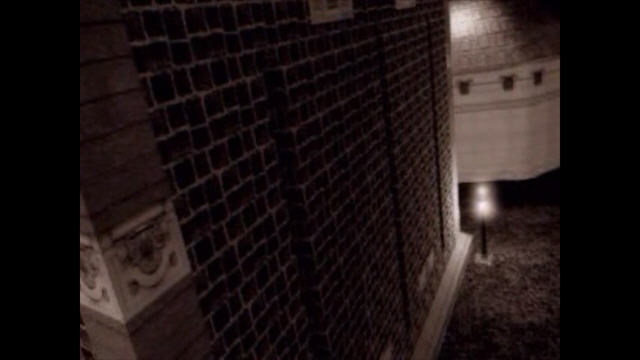 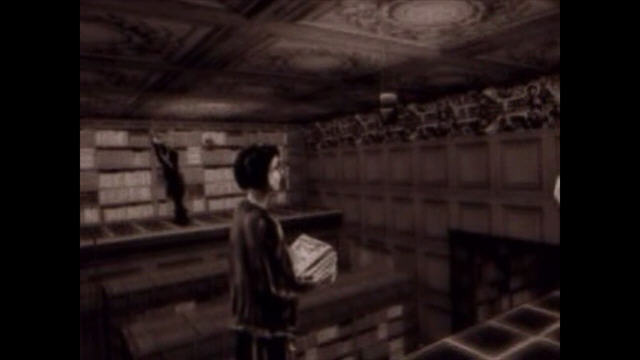 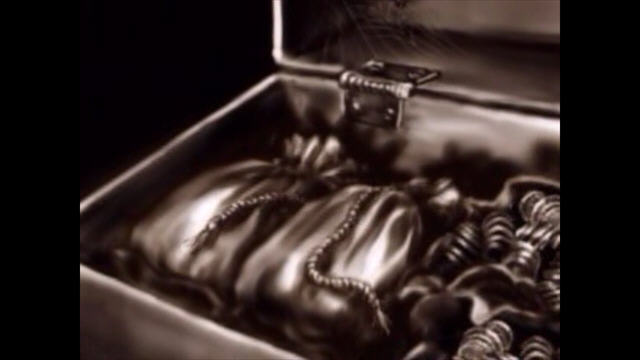 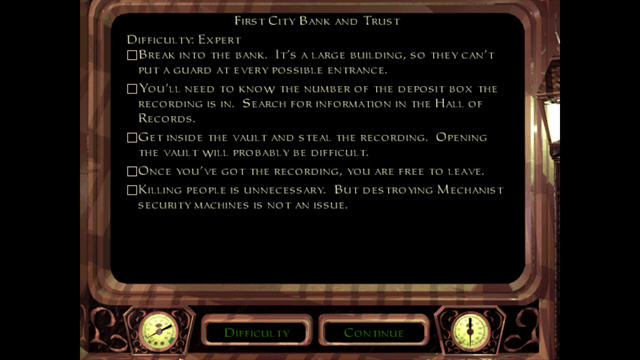 Level5 has me sneaking into the Mechanist’s bank to get the recording out of the vault. 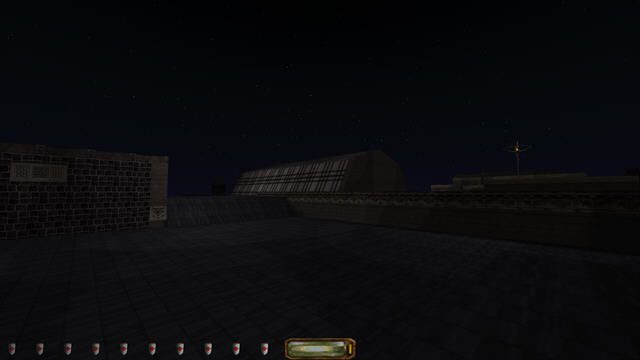 I first have to find a route into the bank. I find a way to climb onto the roof which looks like a good start. I then find a balcony to drop onto and can pick the lock here to get into the building. 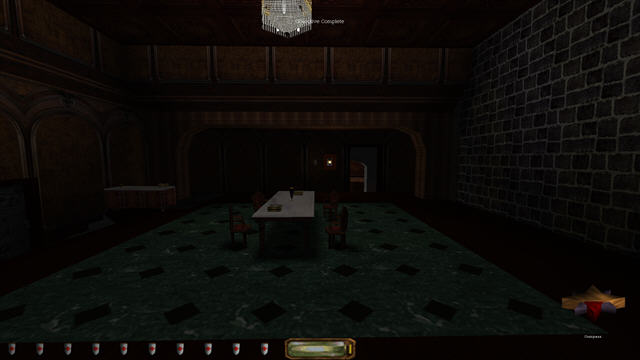 The inside of the bank is impressive with marble and chandeliers and far too much security. 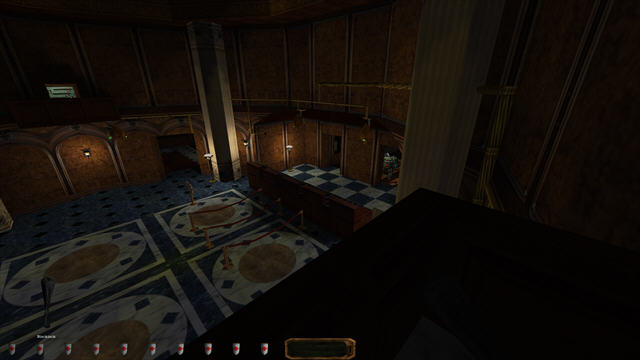 The lobby in particular has an array of guards, cameras and steam powered metal robots. The latter are metal contraptions that I can only stop by shooting a water arrow into the boiler at the back of them (effectively backstabbing with an arrow). I soon wish I’d got more water arrows in this level. 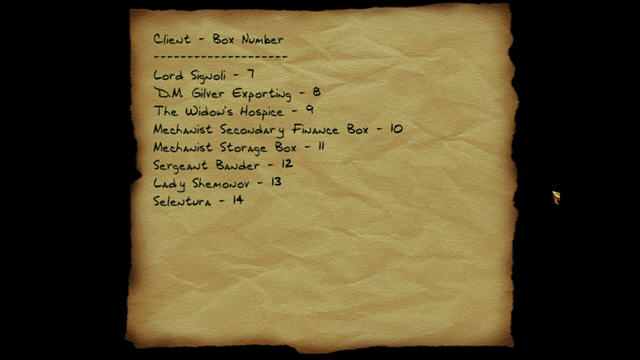 Progress through the bank is slow and steady as I try to clear the place of guards. It’s the hardest level yet by some margin but I manage to slowly explore and find a note telling me which vault the recording is in. Now I just need to get into the vault. 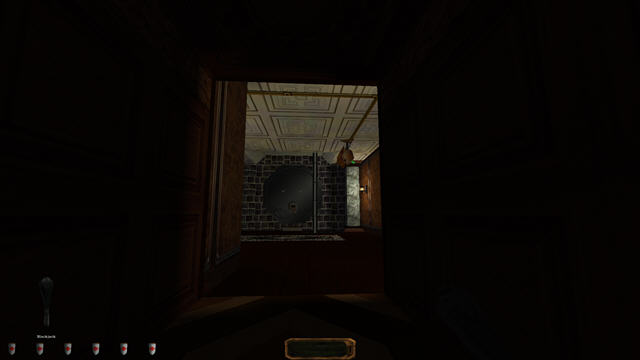 A lot of exploration later and I make it to the vault through a back entrance avoiding the lobby altogether. I still can’t get in as a metal bar is getting in the way and I need to move it. A vent in the floor with the bar disappearing into it suggests that I need to go to the basement to do this. 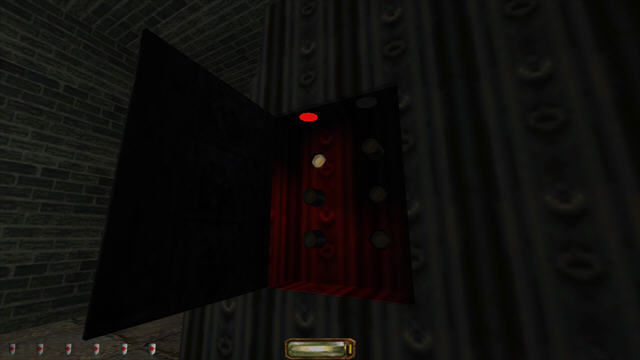 The basement is crawling with minature versions of the metal guards. These appear to just broadcast propaganda for Carith and ignore me altogether which is just as well as I’ve run out of water arrows. After getting under another security camera, I find a control system with six buttons. I keep pressing these until a green light comes on. 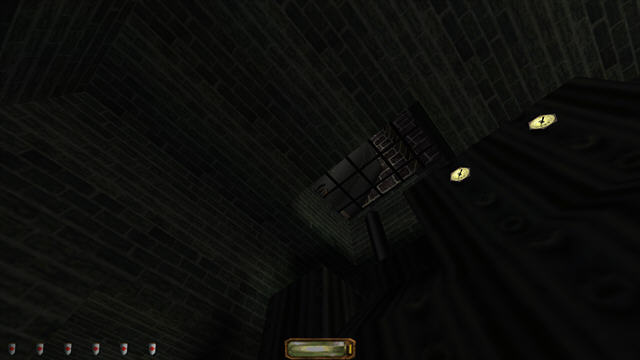 The bar at the back of the room slides down and I notice now that I can see the vault door through the grate and the bar moving away from it. 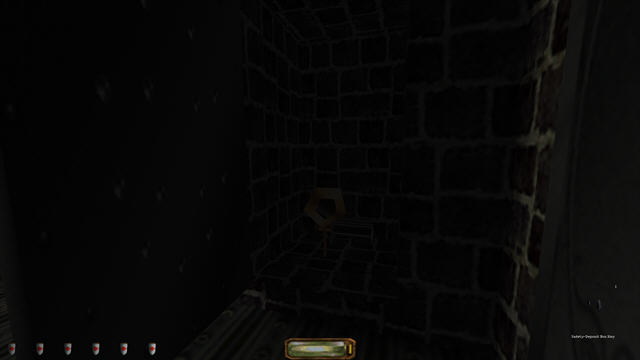 I now head back to the vault. There are a load of lockers in it and the one I need is at the furthest point on the top floor. I creep my way past a load of security cameras to get to this, unlock it with the key from the last mission and grab the recording.

Finally I head for the nearest exit, pick the lock and run past the guards to complete the mission. This mission has been a real challenge. I didn’t manage to get through it without setting off alarms on more than one occassion although I’m sure I could do a much better job if I went back and tried again. One of the switches in the basement turned off the camera’s in the lobby which would have stopped some alarms if I’d found it earlier. The alarms just summon human guards as far as I can tell, and temporarily lower bars in some cases. Since I’d taken out all the nearby guards they never caused me any problems. 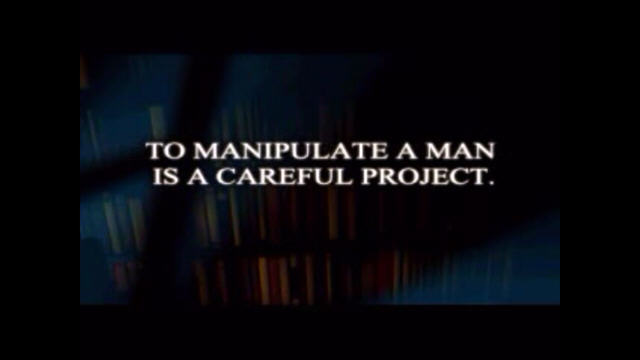 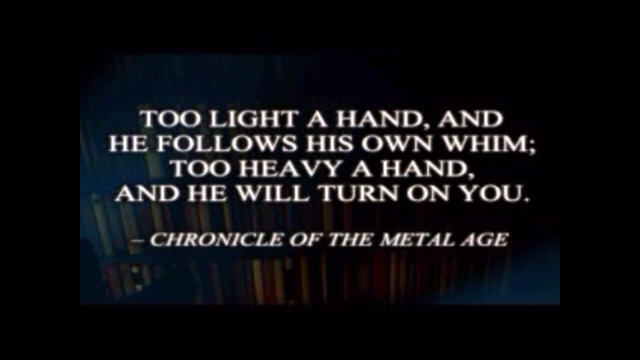 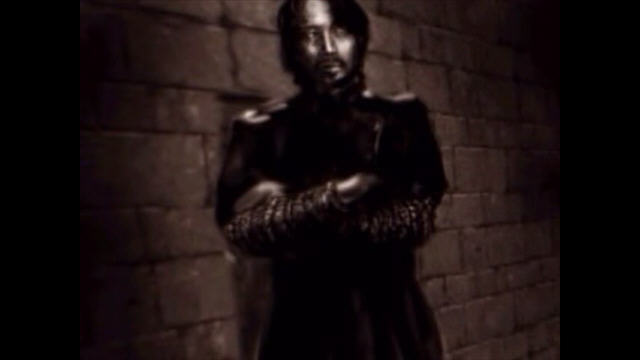 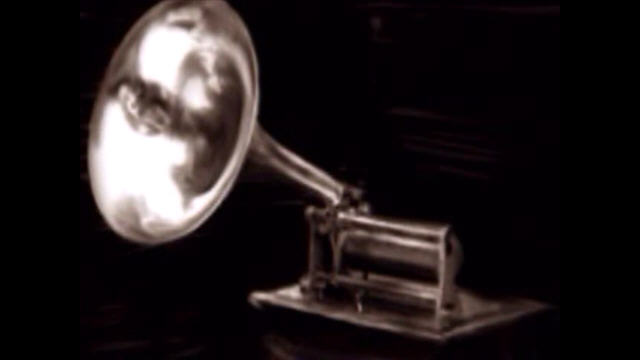 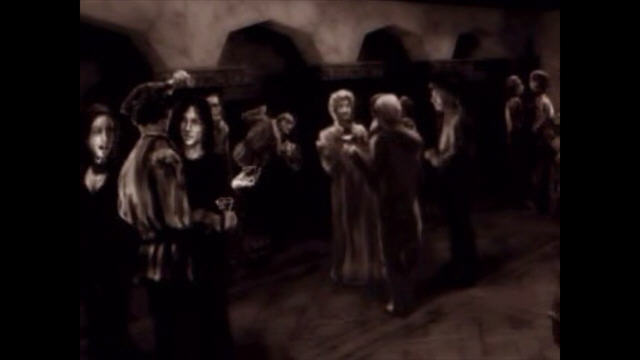 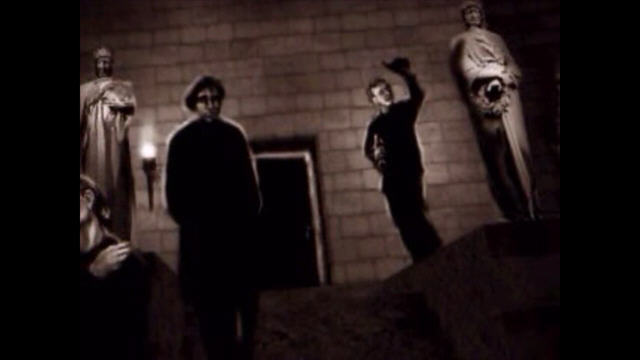 Now I’ve got the evidence it’s time to confront the sheriff and find out who hired him to kill me. He is having a party at his house so I have to wait until it is dying down before making my entrance.

Thief 2 started to really get into it’s stride today with two excellent levels, the plot moving along and the difficulty level rising considerably. I doubt I’ll get much time over the weekend but I’m enjoying this now and will make sure I get at least another level or two done before Monday.