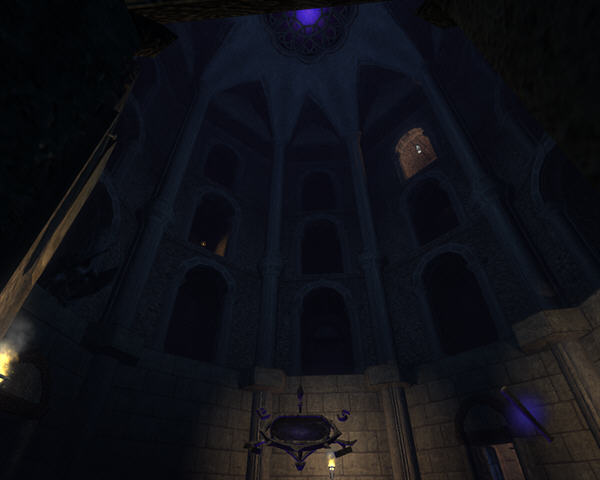 In this mission, I’m trying to make my way to Orland’s office to find some evidence that he has set me up. I do of course start at the wrong end of the building so I’ve got a long way to go before I get there. I come in near the council chambers where each Keeper on the council has a little alcove and when they want to vote yes to a proposal they step forward. The council starts the moment I step into this room. I hang around in the shadows and listen to their proposal to set guards at the scene of the crime (to stop me returning) and this gets voted in.

At this point I realise I could probably do something about this and reload and try heading the other way. 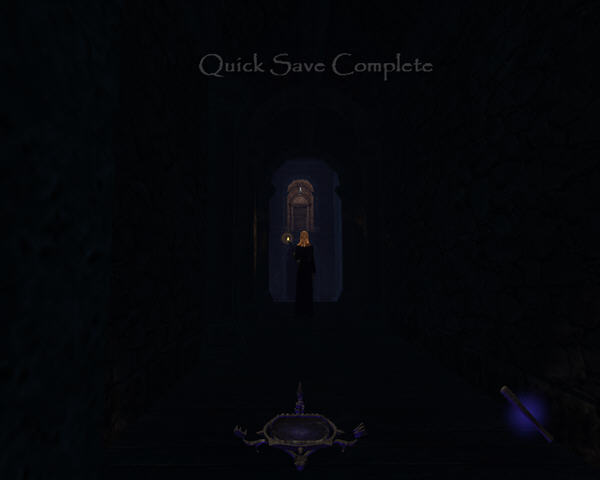 By going up instead of down, I get access to 2 of the chambers and I blackjack a couple of Keepers from behind which is enough to sway the vote in my favour this time. 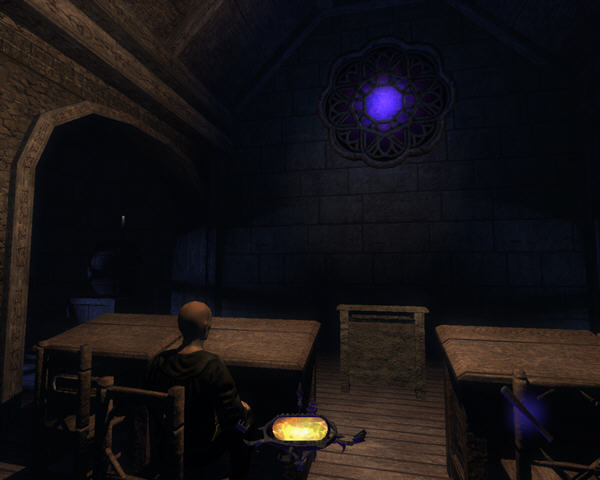 This is quite a big level as I make my way through the Keeper’s various quarters, including barracks and teaching rooms. I find a note saying that Artemis has a Keeper Ring which will provide access to the passage to Artemus’ quarters. I’ve already found and searched Artemus’ room at this point but I head back for another look. 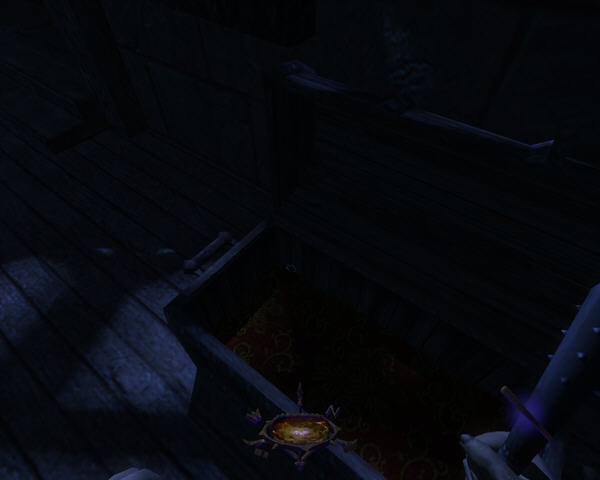 A second search reveals the ring in the chest that I thought I’d emptied. Even highlighted in this screenshot you can hardly see it in the top left corner. 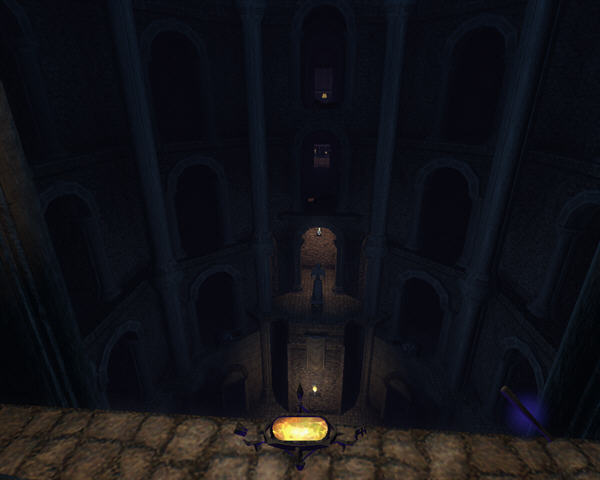 All the way through this level I keep running into access to all the alcoves to the council chamber which is a nice touch. I presume if I’d got here earlier these would all have been full of Keepers. I eventually make it right to the top thanks to the ring which slots into a barely noticable symbol on one of the walls and this gives me access to Orland’s room. 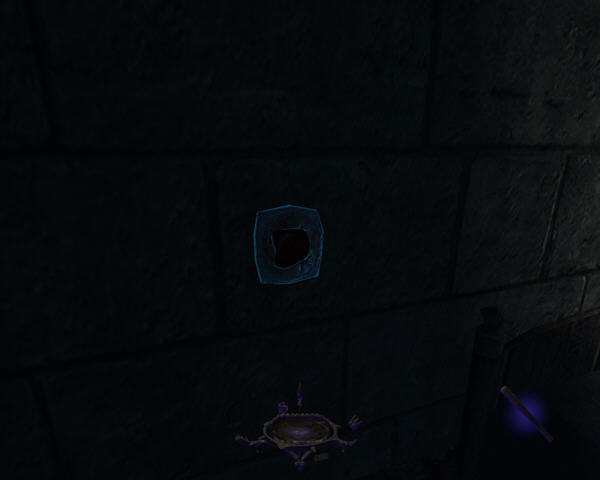 In here is a wax symbol which has somehow been used to block all the Keeper Glyphs. Shooting this with a fire arrow opens them up again and will give me access through a glyph in the library downstairs. 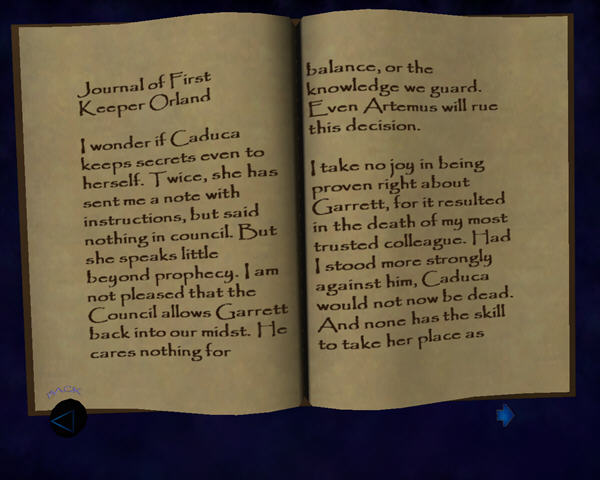 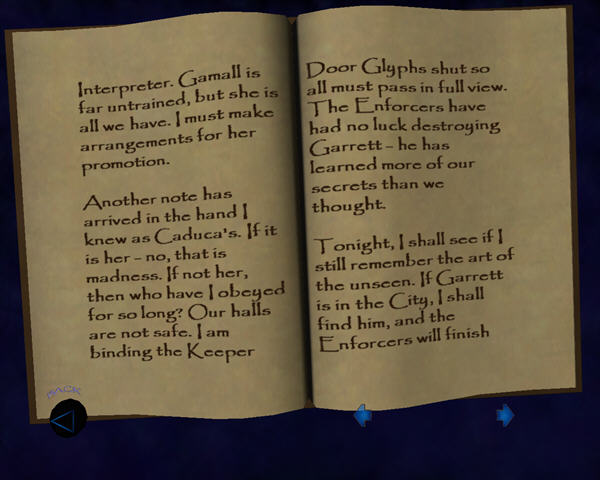 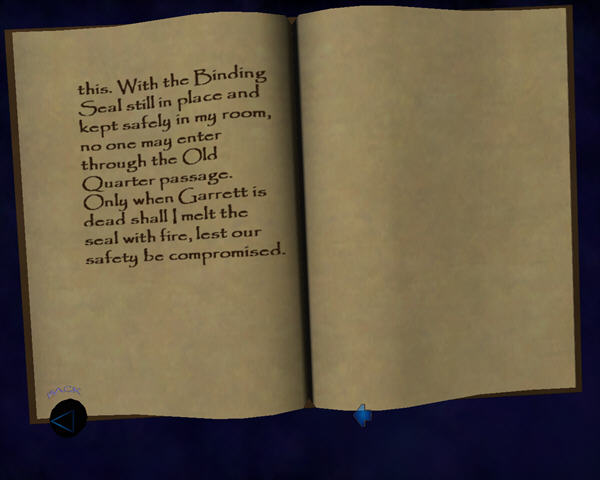 There is nothing in Orland’s journal to suggest that he has set me up. Maybe he isn’t the guilty party after all. This only leaves me to search the scene of the crime. 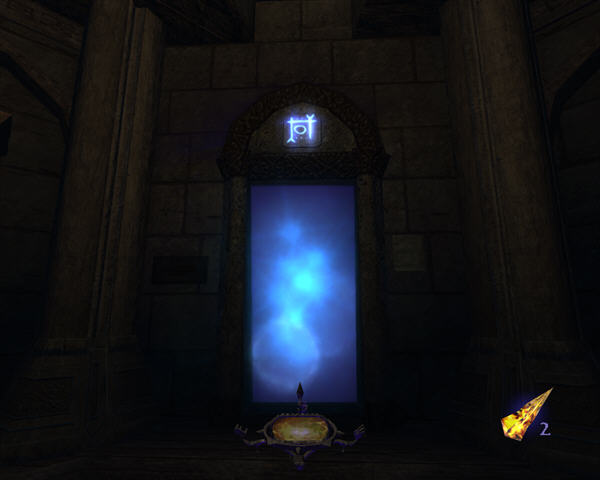 The glyph downstairs works now – before I use it I notice a set of golden scales within jumping reach right above it. These are the 3rd and final special loot item for me on this level. 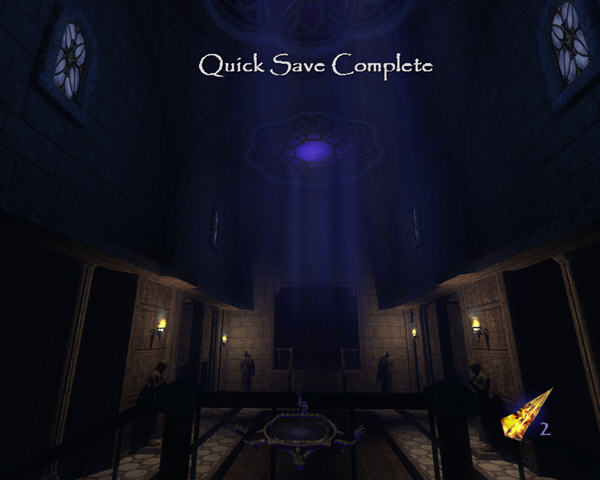 The door brings me into the hall of statues. It is far too quiet in here and all the time I’m exploring, I’m just waiting for something to happen. There is nothing like this sort of thing to build up the tension. 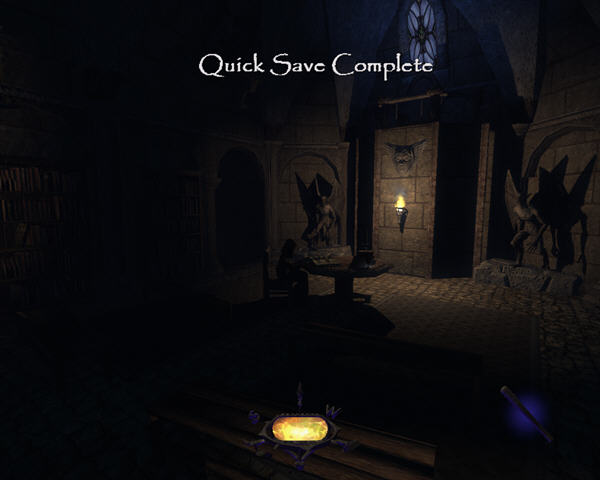 I finally see what I think is someone to knock out…. 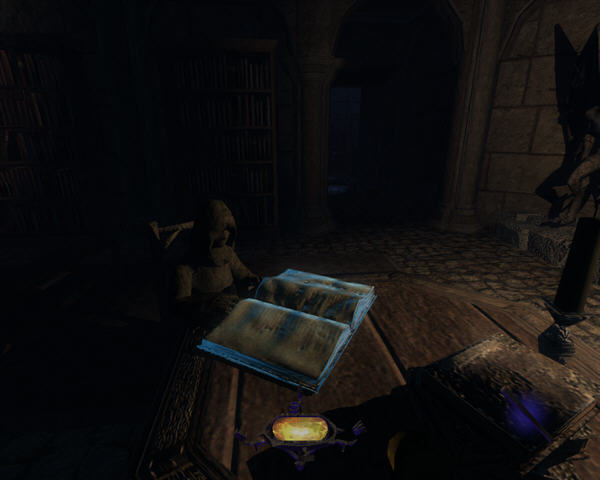 …but when I get a bit closer they have also been turned to stone. This really doesn’t look good. 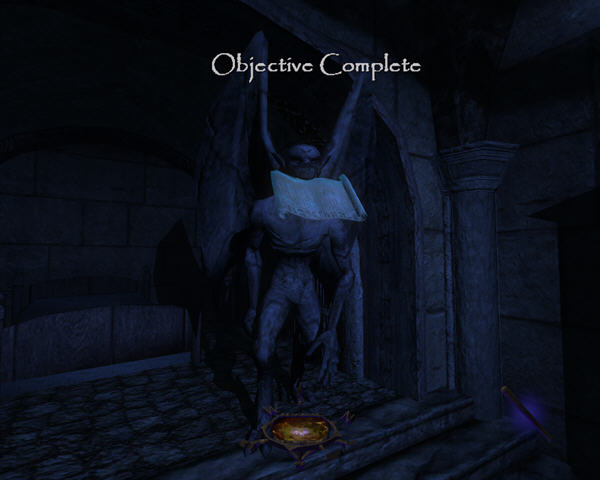 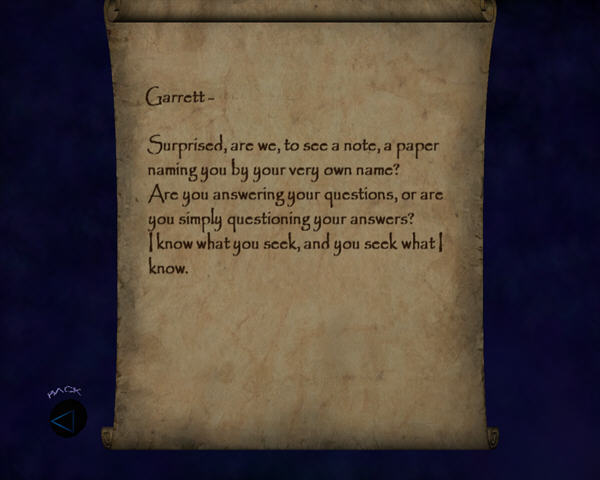 The note in this gargoyles mouth doesn’t make me feel any better. No one should know I’m here. Although the note doesn’t mention it, I now have a new objective to go back to the hall of statues. 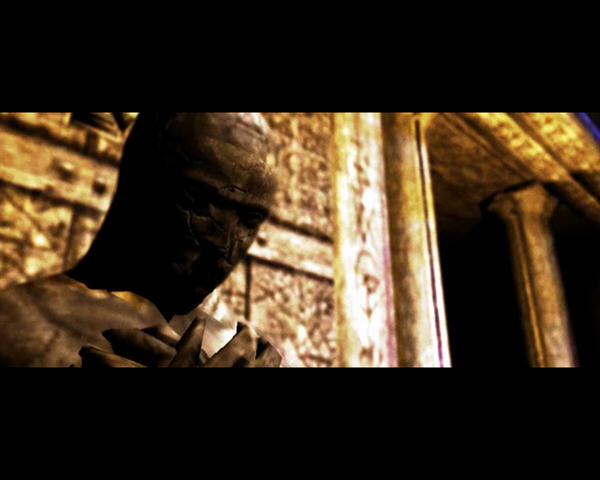 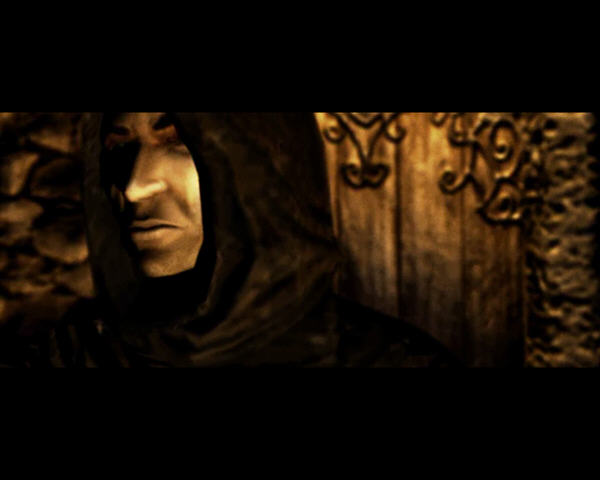 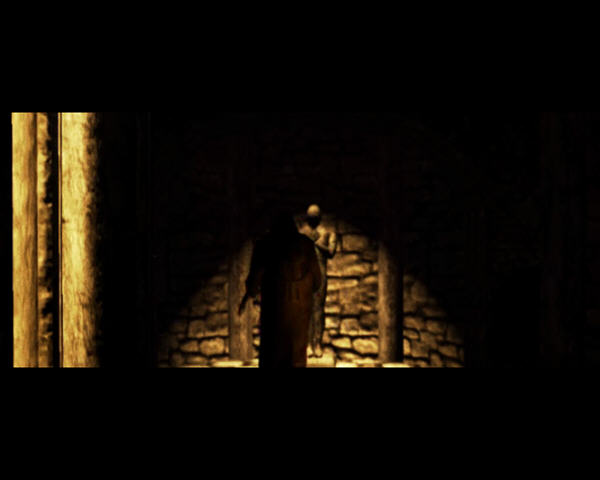 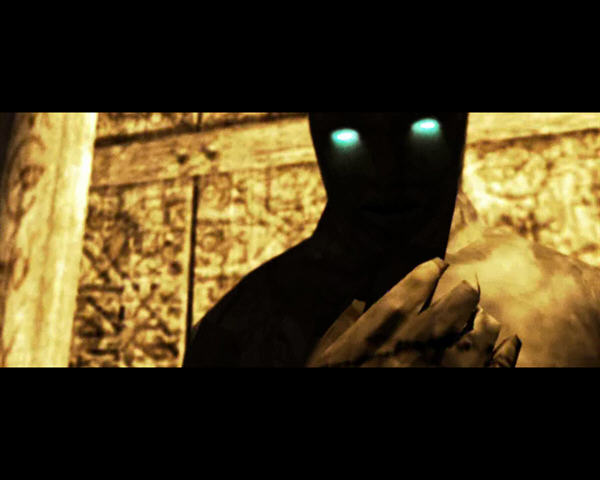 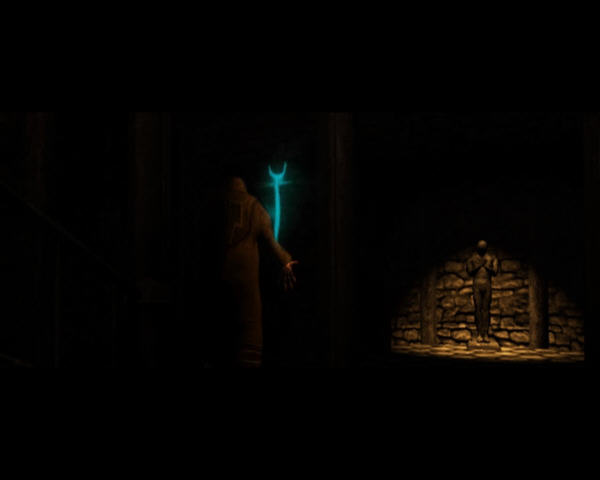 A mysterious hag, whos face I don’t get to see is in here and uses glyphs to bring the statues to life before teleporting out of there. 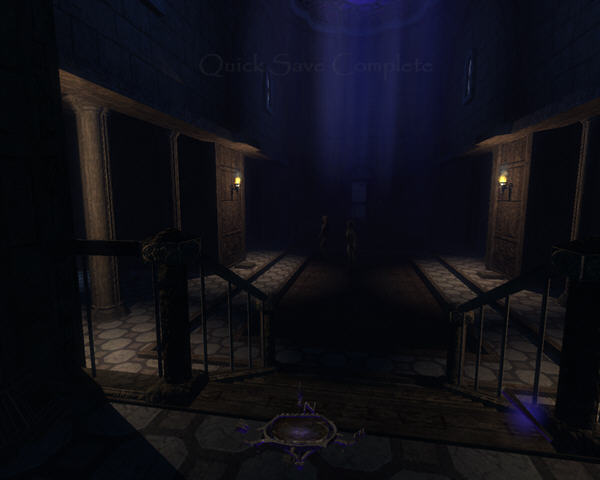 My first thought is to just make a run for the exit. The statues turn out to be seriously fast for their size and there is a tense couple of minutes while I run away with their plodding footsteps right behind me. I make it to the exit but I have to wait for the glyph door to open and one hit from a statue has me down.

Second time around, I take the sneaky approach and manage to get to the door without being spotted. I then climb out of the door to escape the level.

This has been an excellent level overall. I especially liked the final part which was easily the scariest in the game so far but even before that it provided a good challenge. The Keeper’s were a lot less static in their patrols and tended to wander all over the level, making it much harder for me to clear one room out at a time. I liked the touch with the council chambers also and being able to hear the debate going on while I’m sneaking around taking out councillors was a nice touch.

Orland appears to be innocent at this point so I need to find out more about this Hag. The only person I’ve heard about in connection to the hag is the Hammer Inspector so I have to go to Auldale to seek him out. 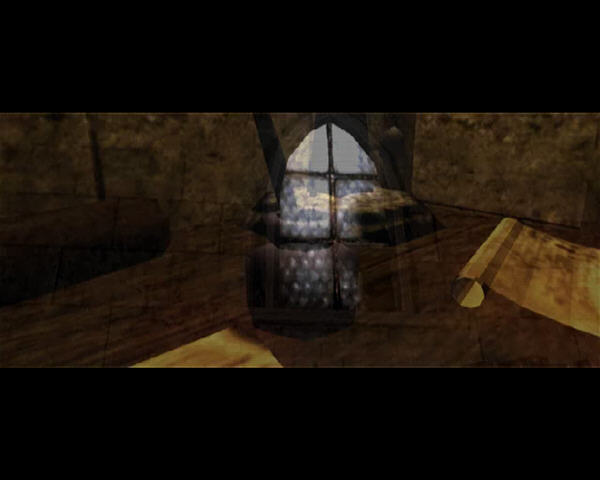 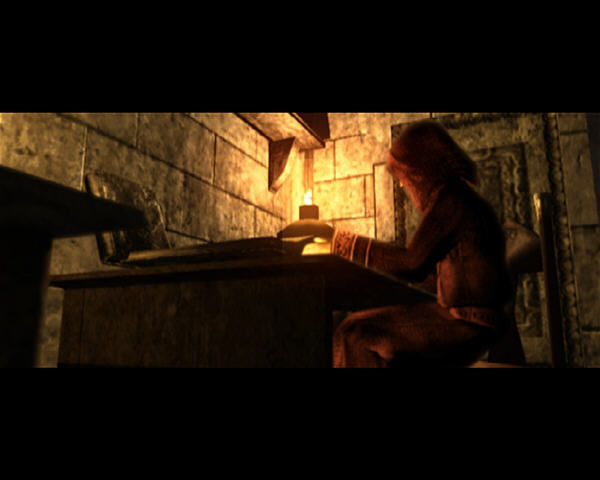 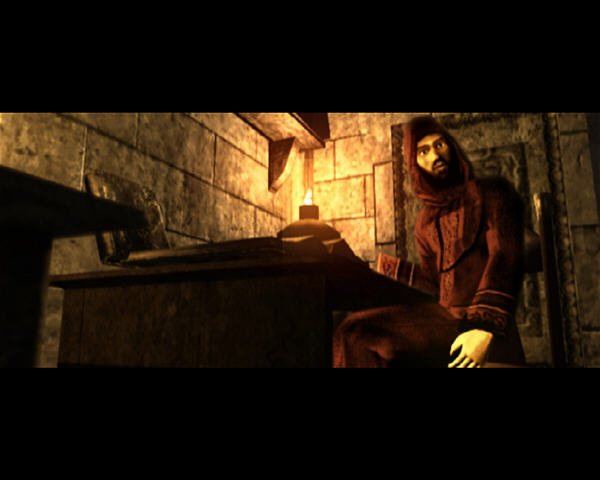 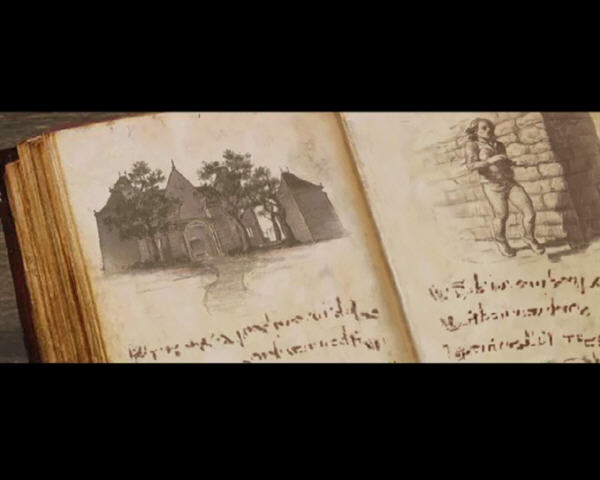 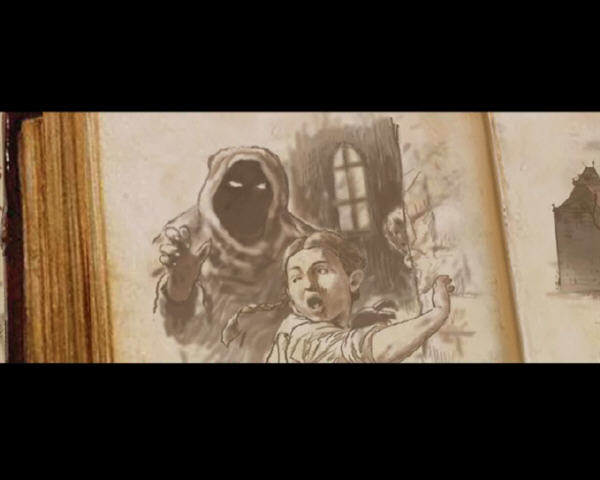 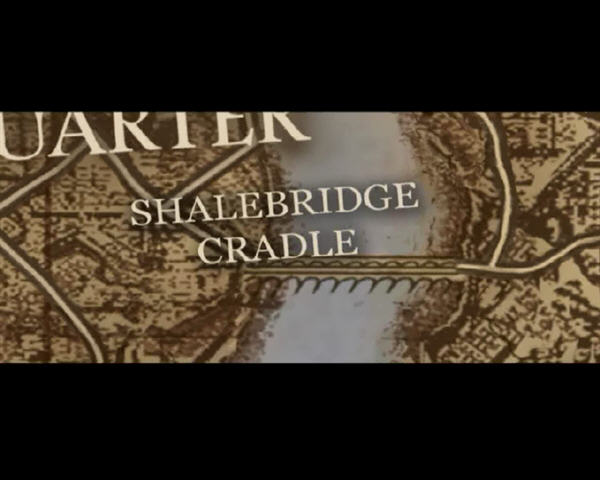 A bit of running about the city later and I trigger a cutscene where the Inspector tells me a tale about an ancient, yet never aging hag who prowls Auldale murdering the unwary. He saw her once as a youth in his orphanage but he has never dared to go back since. That sounds like the place to go. 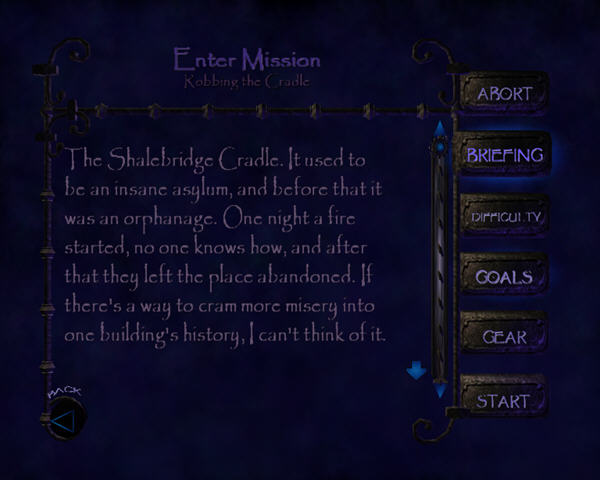 I was intending to buy some equipment first but I stumble into the mission by accident when I’m walking around the city and figure I may as well go for it. 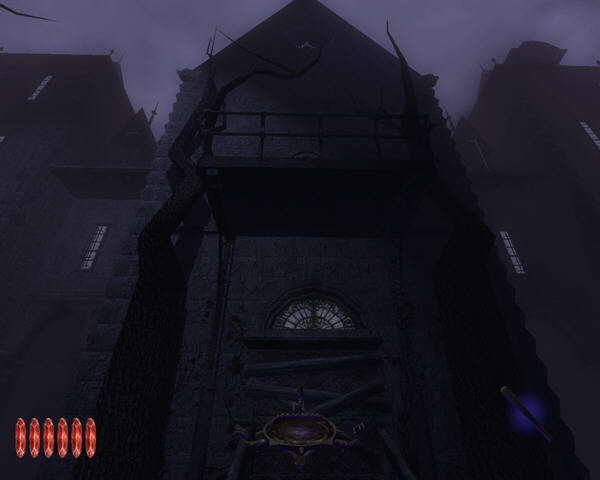 This does not look like a cheery place. I’ve been hearing a lot about how good this level is so I leave it here for now and will pick this up again later today so I can play it slowly and appreciate it. I’ve ramped the difficulty back up to Expert again so I can play it properly and I’m really looking forward to this one.