It turned out I was being pessimistic about it taking 60 minutes to max out my parties gold and it was more like 30. As soon as that is done, I immediately took the nearest boat I could find and sailed it straight into the whirlpool. 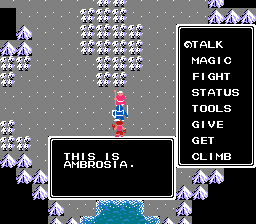 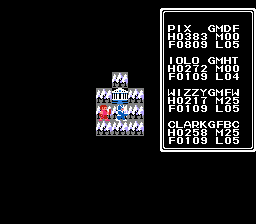 This has the desired effect of taking me to Ultima 3’s other continent, Ambrosia. I was a little concerned that my slightly pathetic party could find things difficult down here but there are hardly any monsters at all and none of them are random from what I could see. It’s far, far safer than life on the surface ever was. I set off to find the four temples to spend my cash raising stats. Some of the temples are easier to find than others with this place being something of a maze but perseverance pays off and I soon find the strength temple. 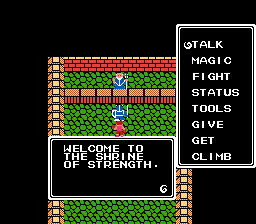 The temple isn’t quite what I expected. I can walk inside it and have to talk to a priest to donate my gold. It occurs to me at this point that I’ve no way of searching to get the cards since I don’t have a search command. Much, much later on, I find out that I can use the Pray command (which I also didn’t have) to achieve the same result. 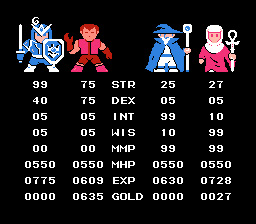 A single trip is enough to max out all the important stats for each character. I did come back a second time later to finish up but I could probably have finished the game as was. 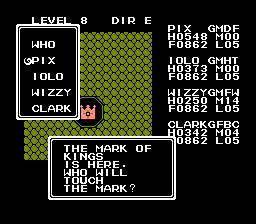 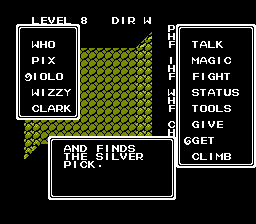 Rather than going straight back to gold farming, I decide to try and gather all the marks next. I think I counted 7 dungeons in the game, although I didn’t need to search all of them I’m glad to say. It’s always a safe bet that anything you need will be on level 8 so I magic myself straight down in each dungeon and search everywhere. In the process, I find the missing silver pick which I need to get the mystic weapons. My beefed up characters are much better able to cope with any monsters I encounter and some of the new mage and cleric offensive spells are particularly effective if a little expensive. My Cleric also gained a spell to exit straight from any dungeon which is highly useful. 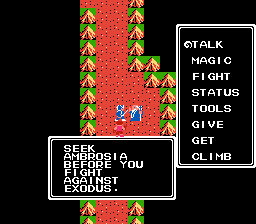 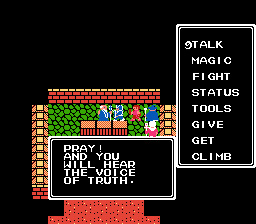 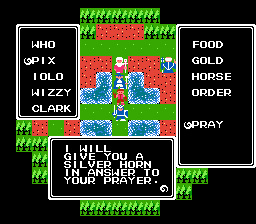 With all the marks gathered, I foolishly level up my characters making life twice as hard when exploring Sosaria as the monsters level up with me. I then head off to explore all those bits of the towns I couldn’t get to as well as the towns I’ve not been to yet. I find plenty of people hidden away in lava fields and other nasty areas but I can’t say I learn anything I didn’t already know. The exception here is a priest in Yew who gives me the Pray command which I already know to use in the circle of light to the South, thus giving me the Silver Horn.

With every town explored, I’m almost ready for the end game but I still haven’t been to see the Time Lord. I know the order of the cards from the PC game, but it could be different here and I may as well do things properly. 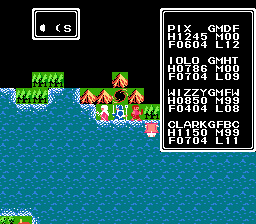 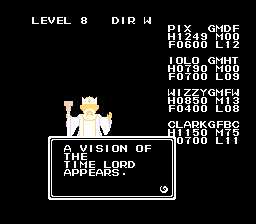 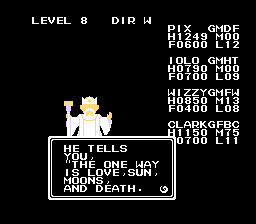 The name of the dungeon has changed but he is still at the bottom of the only dungeon which can’t be reached by any means except moongates. These moongates aren’t of the oblong variety and I’d seen them several times before I realised what they were. Finding the Time Lord is comparatively easy and simply a case of magicing down to the bottom level as ever. The difficult part is getting out again. On the surface map, the dungeon is placed one square away from the moongate leaving no room to wait and hence pass time to make the moongate appear. I have to resort to talking to myself to pass time until the moongate pops up. 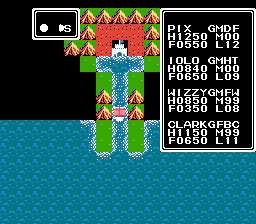 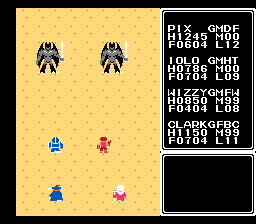 I head back to Ambrosia to gather the cards, and then it’s time to take on Exodus. My characters aren’t exactly at the maximum levels but I deem them tough enough to get to the end. This was just about true but I did have to find a lot of corners to hide in and recuperate. All the monsters here are of the large 4-tile variety and attack in pairs. My cleric and wizard could take one out each time with a single spell but needed time to regain lost mana. This was definitely the most effective tactic I came up with. My fighters could bash the monsters to death also, but we took a lot of damage in the process. 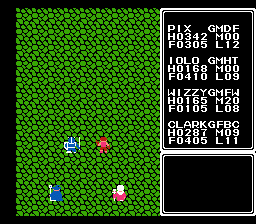 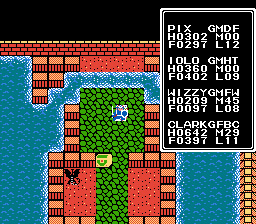 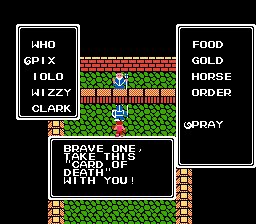 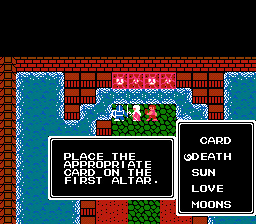 After some wrong turns and restarts I eventually pick out the correct route to Exodus. I initially think it’s another dead-end when I see the river, Exodus is barely even visible and I wouldn’t have guessed that it was a computer if I didn’t already know. The giveaway is the attacking floor tiles, which are a nuisance but die in one hit. I have to pray to insert the cards which I only discover out of desperation but I expect there was a clue somewhere in the game. 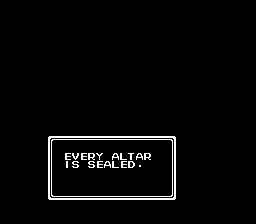 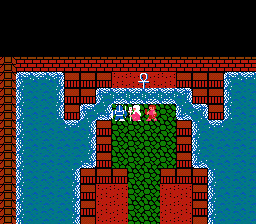 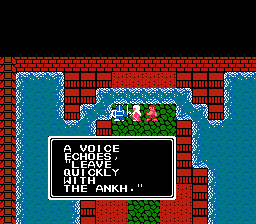 Exodus is defeated and transforms into an Ankh which we grab. Rather than ending here as I expect, I now have to run through a collapsing castle to escape before it is destroyed. 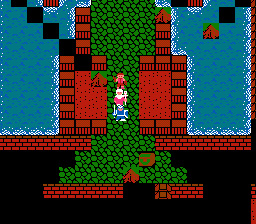 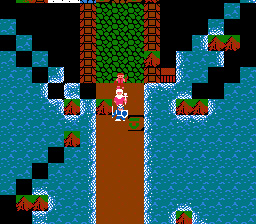 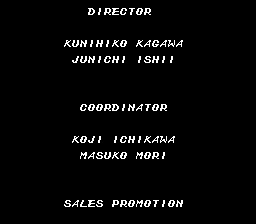 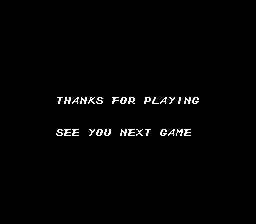 There are some fallen rocks blocking part of the route back, but thankfully all the monsters are now gone and I have a much easier time getting out than in. The game then ends and goes into the credits without so much as a congratulations. The credits are quite definitely full of Japanese people confirming that this game wasn’t done in-house by Origin despite rumours to the contrary. The fact that it was published a year or two earlier in Japan is also something of a giveaway to this.

As for the game itself, I didn’t tire of it and the grinding was fairly quick in the scheme of things. Had I been more prepared to take my time and explore every level of every dungeon, I’m sure I’d have amassed a lot of the gold I needed that way. I discovered huge stashes in some of the towns but I would have needed to fight a lot of guards on my way out if I’d used these.

If you were only going to play one version of Ultima 3, this shouldn’t be it when we have patches for the PC version or the Lairware version (which I should attempt to play at some point). If you’ve already finished one of those and fancy trying it again, you could do a lot worse. Ultima 3 on the NES is original enough to be it’s own game without trampling over the legacy of the original. I’m curious to see how Ultima 4 holds up now. The maps were slightly shrunken in this as it was and Ultima 4 was much larger and more complex.