This is the full review of Ultima 5 from the May 1988 issue of CGW. It’s got an interesting piece of trivia stating that Roe R. Addams (who consulted on Ultima 4) was represented in the game by Hawkwind and Skara Brae was only in the game since that was where his alter ego came from. He also consulted on Bard’s Tale, which is why the same town is in both games. 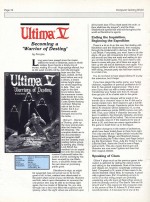 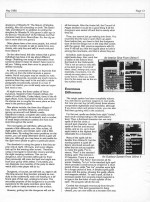 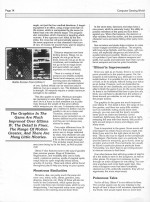 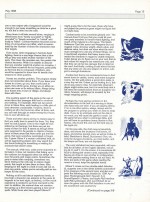 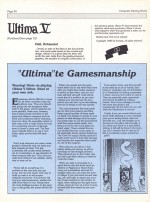 The review is largely positive although there are some complaints about how long combat can take (which I fully agree with) and omissions in the documentation (which I’m less convinced about):-