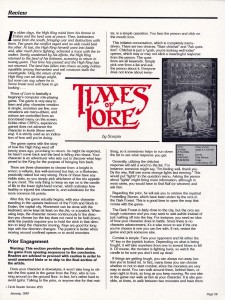 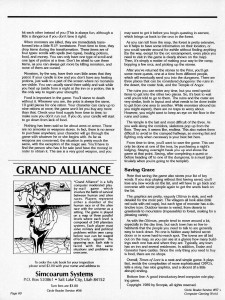 This is from the January 1989 issue of Computer Gaming World:-

That’s all the scans for today. I’ve a couple of other things to mention while I’m posting. I thought it might never happen but Replacementdocs has started to approve some of my submissions presumably thanks to the new editor Pelleas. I never intended to host them all myself so assuming this continues, I’ll be removing them from this site as they are approved from now on. If you want them in high quality, grab them now.

I’m long overdue for some more gameplays and have decided I’d like to take a look at alternative versions of some of Origin’s classics. I’ve been adding some of these to the collection recently which is one of the things prompting this + I’ve got the urge to replay some of the games. I’ll be starting at the very beginning with the original Akalabeth on the Apple II.