This is a review of Ultima 6 from PC Leisure, issue 2 (Summer 1990). The review is about as positive as it gets but extremely short. There is a longer section on the history of Ultima most of which is achingly familiar but there were a couple of things in here I didn’t know. 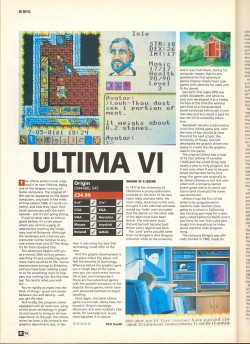 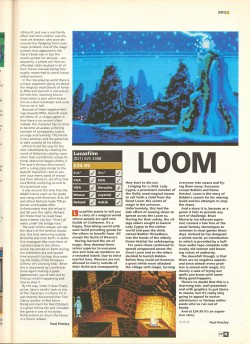 I didn’t realise that Origin had bid for the D&D license only for their offer to be turned down before it ended up with SSI. I expect I should know this however and may have read it before at some time. SSI did some good games with the license but I can’t help but feel that Origin could have done more. Having said that, we probably wouldn’t have got all the fantastic Ultima spin-offs so it was possibly for the best.

I’d definitely never heard that Tom Clancy was a massive Ultima fan and included the game in one of his books. If he was ever included as a character in an Ultima, I can’t recall it. Does anyone know what book he mentions Ultima in?