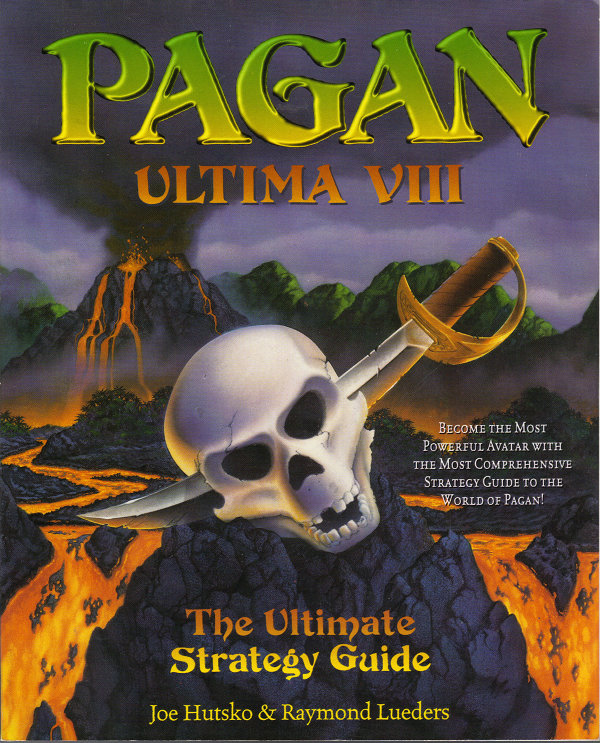 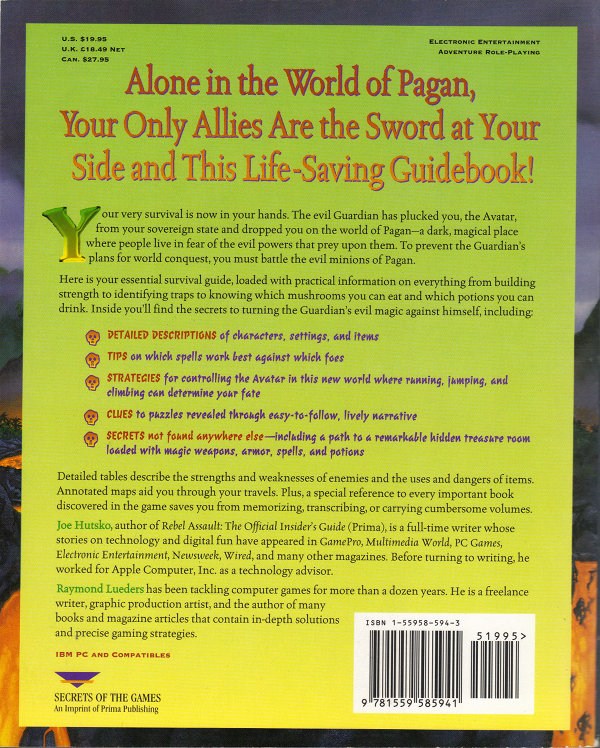 This is my other Ultima 8 cluebook and this was published by Prima in 1994. I didn’t think too much of Origin’s attempt at a cluebook but am glad to say this was a lot more fun. Before I get onto the book itself, I have to say that I’m not so sure about that cover. Is it just me or does it look more than a little piratey? Other than the title of the game, nothing on there says Ultima 8 to me.

The title of the book is a little misleading also. The book does contain a standard full walkthrough (as an appendix) and a short section at the start of the book to give general tips on how to play the game but the vast majority is a novelised telling of the game, relating the story of the unlikely named Stencil as he journeys through Pagan. This section of the book does add in extra detail that would help you out playing the game so it is serving as a long-winded walkthrough as well as a mini-novel. This is far more entertaining than I might have expected, although I did skim over some parts which were giving routes through mazes and the like.

There are two appendices. The first is the brief walkthrough I mentioned before. The second is a complete transcript of every book in the game which is a nice feature. For something claiming to be the ultimate strategy guide, there is a lot missing though. There is no list of spells, no bestiary, no maps of the levels, etc.. You could get some information from the book transcripts but it seems to me that you would need to add both the two cluebooks together to give the full product.

This not being an Origin product is fairly apparent at times. Some of the tips given are close to exploits such as knapsacks within knapsacks and stacking items, which is useful advice but not something I’d expect to see in an Origin cluebook. The start and end of the story also give away the authors unfamiliarity with the series. The Avatar is supposedly snatched up by the guardian while sleeping at the start of the game, and at the end returns to the land of his birth. Inbetween this though, the dialog and plot are all from the game so it doesn’t cause any problems.

In short, this book isn’t the ultimate strategy guide it claims to be and is basically Avatar Adventures for Ultima 8. I quite like the Avatar Adventures books so this was right up my street. It’s been a while since I played Ultima 8 and reading through this brought it back to me without having to play the whole thing again.