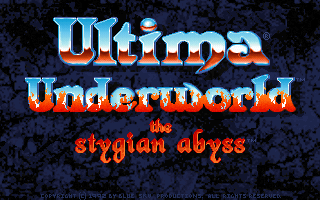 Ultima Underworld is arguably my favourite game of all time and was the game that really introduced me to RPG’s. On this basis, I had to give the demo a try out although it barely varies from the final game from what I saw. 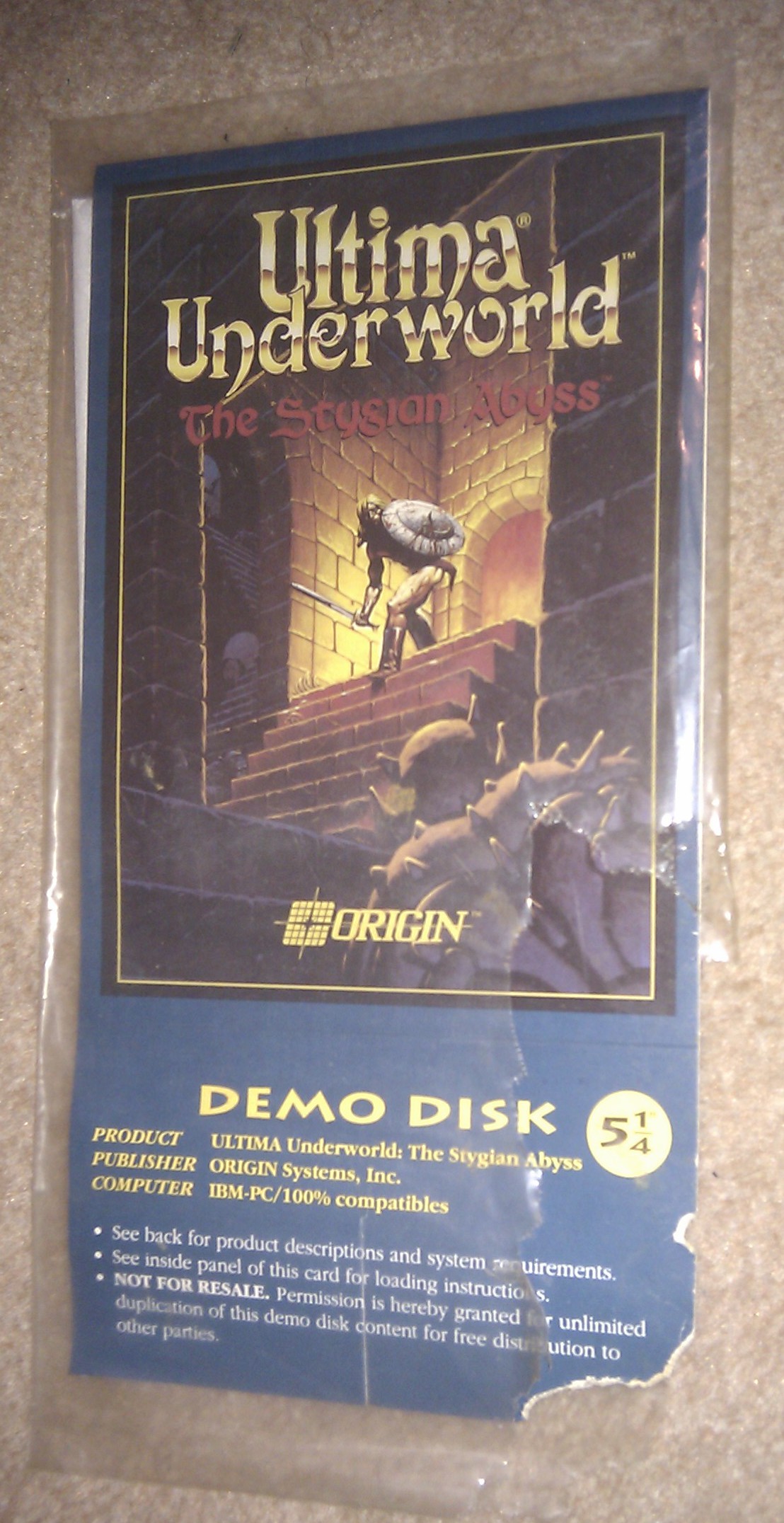 I’m fortunate enough to own a packaged copy of the demo. It’s declared not to be for resale, so I’m assuming this was sent out to stores to put on demo PC’s. The cardboard part of the packaging has ready-made creases in it so that it can be folded up, stapled together and then stood up next the PC the game is being displayed on. The only problem with this is that all the instructions for playing the game are on the inside of the card so any potential customer would either need the controls explained to them, or have to bend the tent display open to look inside. 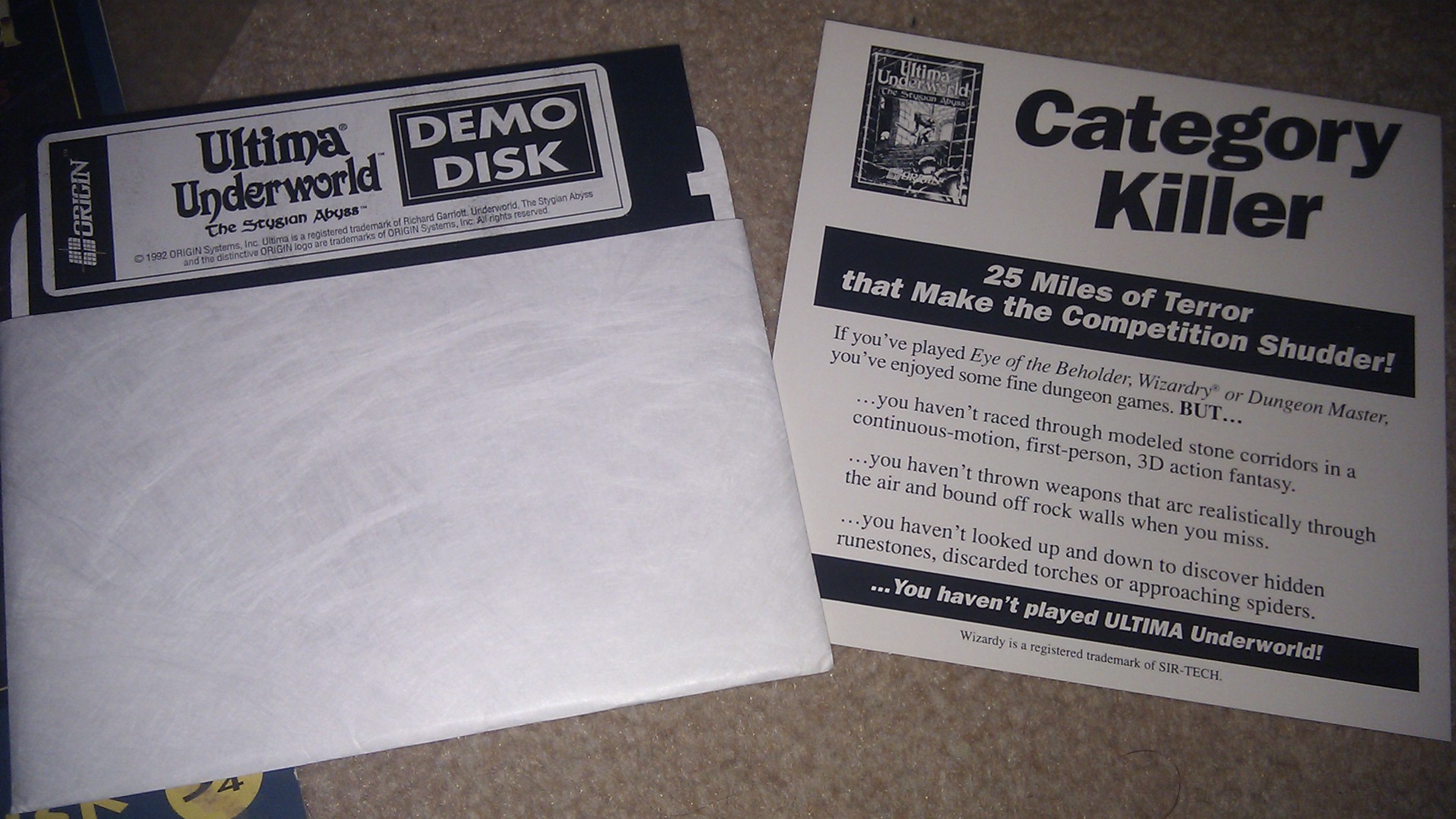 Had it been properly sealed I’d have been reluctant to open this, but it looked like a rodent had been nibbling away at one corner so I only had to increase the size of the hole slightly to get at the contents. As expected the demo is exactly the same as the one already available at http://www.uo.com/archive/uw1/demoftp.html. 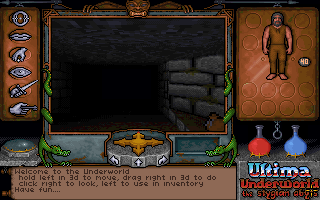 There is no intro, just the title screen, after which it goes straight into a rolling demo with a couple of short tours of the first level of the game. This can be interrupted at any time allowing any potential customer to try it themselves. 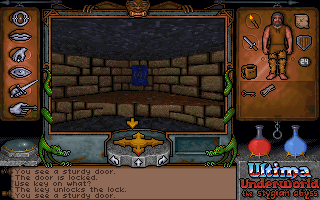 The demo gives full access to Level 1, although you are stuck with a pre-created character. I had a run around the level to see if I could spot any changes. The HUD has been changed to display the game’s name at the bottom right which makes sense when you are trying to sell it to people. As for the game itself, saving is disabled and the silver sapling has been removed giving the player no second chances if they are killed off. 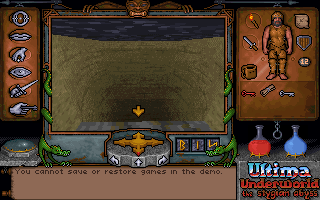 Other than that, it appeared to be the first level almost exactly as I remember it. I’m sure there were fewer lurkers and for a while I thought they were missing entirely until I eventually ran into one. About the only other change I spotted was the missing water in the “dangerous privy”. 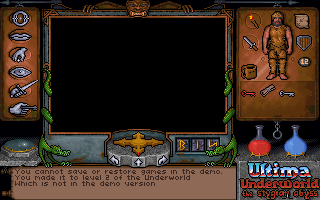 I decided to jump down here to see what happened. After a long fall, there is a short message saying that level 2 isn’t in included and it’s back to the rolling demo again. I never made it to the NW part of the level and didn’t fancy restarting so that’s as far as I got. As demos go this is a substantial size effectively including 1/8 of the final game, but there wasn’t anything I saw to make in worth playing in addition.