Getting all these Wing Commander demo’s running in DOSBox is proving to be quite difficult. They are considerably more picky than the final games although ultimately I have been able to get them all running so far. Initially with this demo, it was crashing with an exception 14 error which looked just like the exception 0 error in WC3. I tried slowing DOSBox down which worked for WC3 but with no luck this time.

At this point I should have just kept fiddling around with DOSBox but I decided to fix my Win98 machine instead. I tried swapping the RAM to start with but that didn’t make any difference. The PSU that was in the case looked horrifically cheap so I swapped that out for a decent one next. That may have done the trick as it has actually been behaving itself for the most part since. The WC4 demo didn’t want to run in windows any more than the WC3 one did however and I didn’t much fancy playing it in DOS without sound. The problem I’ve got with this PC is a complete absence of ISA slots. I’ve got an AWE32, AWE64  + an one of the original Soundblasters I could slot in otherwise.

The card I have got in there is one of the original SB Live’s. I remembered that these used to have DOS drivers to emulate an SB16 and thanks to Loaf’s efforts with his PC, I didn’t have to look too far for one of the old driver CD’s. This sort of worked but I still have to manually run some files to set everything up when exiting to DOS. This emulation was temperamental at best from what I remember.

By now the WC4 demo would just about start up and run for a couple of seconds before crashing again. Further tinkering with this got me nowhere so I gave in and went back to DOSBox. About 2 minutes later I had it running simply by turning off EMS memory. I should have done this in the first place but at least I have my other PC running again so it wasn’t wasted effort. I’ll have to put a proper installation of DOS on there some time so that I can tweak the memory settings. 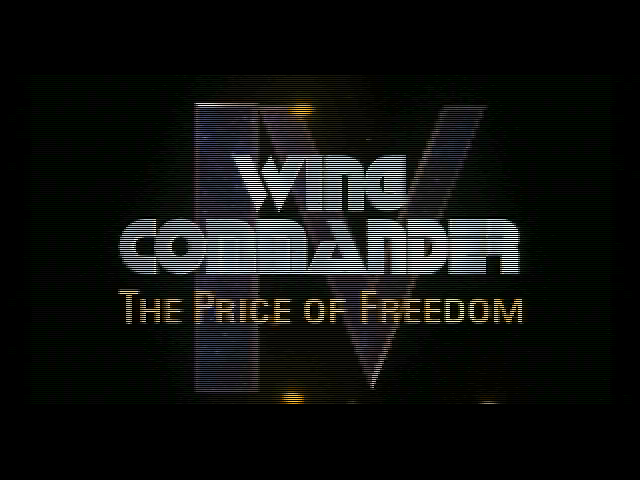 There are two versions of the WC4 demo which as far as I know are the same except one has a movie trailer. It’s a proper movie trailer complete with voiceover, and should have been enough to impress people running this in ’96. There isn’t any new footage though so it’s the game demo that I’m really interested in. 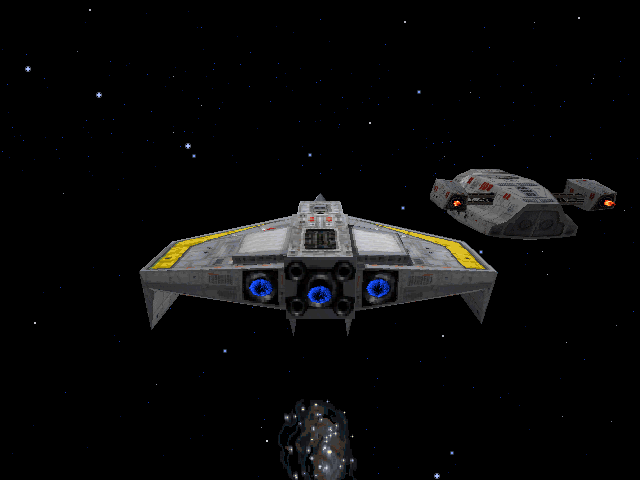 The demo is another 5 minute gauntlet. I have to autopilot out to a nav point in a Hellcat and take down as many confed/pirate ships in the time as possible. These are launched from a frigate in pairs. 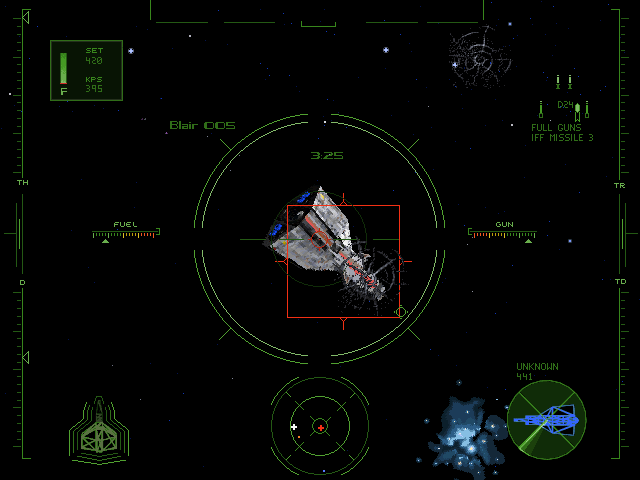 Most of these are reasonably easy to shoot down until you run up against Thunderbolts with rear turrets. These things finish me off in seconds if I try to tail them and not much slower if I approach them head on. I could try to take them down slowly from a distance but that wouldn’t work out too well with a 5 minute time trial so I end up shooting them from the side at close range as they are steering around me. This has mixed results and I never did manage to come up with a good technique.

Because of this, I found simply surviving the 5 minutes is tough. The best I managed was something like 13 kills without missiles. The target in the readme was 21 so I was nowhere near. The odd thing about these targets in the readme is that they give another set of kill scores using the stormfire, which as far as I can tell isn’t available in the demo. Were these testers even flying the same ship?

I can’t see myself getting 20+ anyway so I gave in on trying to beat it. Other than being a little on the hard side, this is a decent enough demo but the WCP 3dfx one was more fun.