I’m probably not going to get started on the next WC novel until the weekend and will carry on with the magazine scans in the meanwhile. It’s been interesting reading some of this stuff for the first time in years, although I’ll have to go back and have a better look at some of the other content at some time. A few months back, I was tiring of doing this blog but I seem to have got my enthusiasm back again. It was probably the prospect of playing all those flight sims that was putting me off, and Super Wing Commander didn’t exactly live up to the name either. I’m even getting more hits on the site in recent weeks although believe me its still not that many. If I was doing this by public demand, I don’t think I’d have ever started.

The first article today is a review of Wing Commander 3 from January 1995’s CDROM Today. 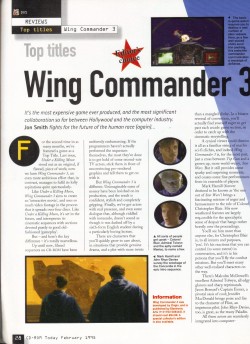 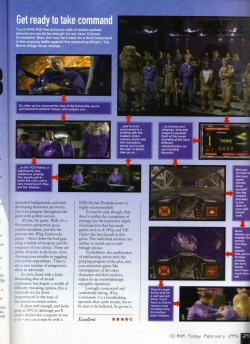