There were two demos released for Wing Commander Prophecy. I’ve already looked at the first which was a simple but immensely fun gauntlet against the Kilrathi. This second demo was released around the same time as the game and is a unique 4 mission branching campaign. I had a little trouble running this as it kept randomly crashing on me forcing a reboot each time. It turns out that it didn’t like the Amiga-Merlin 3dfx drivers and it was far more stable as soon as I swapped back to official drivers. It also overrode Hypersnap with its own screenshot capturing system so I didn’t get half as many screenshots as I expected but there are enough for the job.

The action all takes place from the Midway but the bar is deserted each time with no cutscenes inbetween the missions. In the first mission briefing, I’m informed that a convoy is moving in and we have to fly a 3 point patrol to ensure its safe arrival. This is a straightforward mission against the smaller enemy fighters. Unlike the 3dfx test demo, this looks just like the final game as far as I can see. 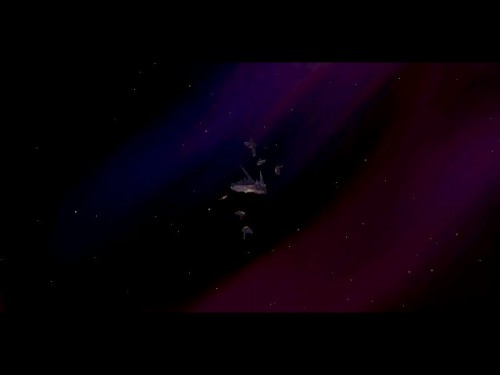 In mission 2, the convoy has arrived and we have to escort them in. There are two hulking transports and a wing of Shrike bombers for us to escort. Of course the moment we get there they come under fire from fighters and Manta bombers. I’ve played enough Prophecy to know to concentrate on the bombers here. They do manage to hit one of the transports but it’s survives the skirmish. There is more opposition on the way back but a single Manta isn’t much of a threat to a whole wing of fighters. I think this guy was put there more to show off the fighter design. 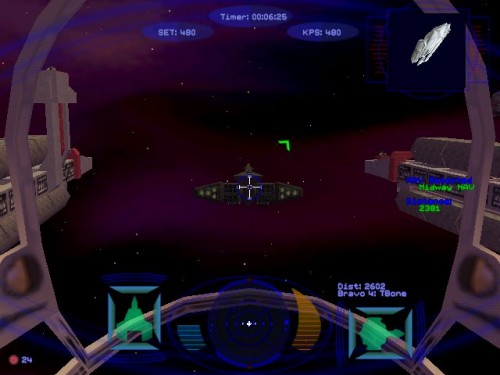 With the transports and bombers safely back the final mission is to escort the bombers to destroy an incoming enemy cap ship. The briefing says to concentrate on the the turrets but I ignore that and take out the fighters while the bombers do their job. The demo ends after autopiloting back to the Midway. 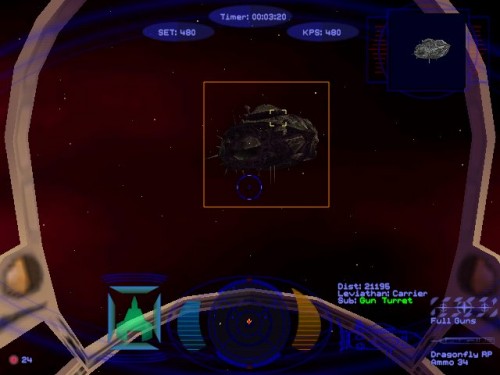 The demo is actually branching and features an alternative third mission for those who fail number 2. In the alternative, the transports and bombers are destroyed and we have to patrol the area while waiting for another two supply transports. This mission is extremely difficult and clearly put in there for anyone who fancies a challenge. There are a huge number of fighters to destroy before getting to a final capship which must be de-turreted. It’s doable but this is a half-hour marathon with a heavy emphasis on conserving afterburners while taking out the 40-50 enemy fighters.

I didn’t play this demo back at the time and there was a lot more to it than I expected. The gameplay is exactly the same as WCP but with the original missions and a branching campaign, it’s almost like an extra Secret Ops episode.