This is a preview of Wing Commander Prophecy scanned from the Christmas 1997 issue of Ultimate PC magazine. It includes an interview with the producer Rod Nakamoto who must be one of the very few people to work at Origin who could claim to have been in the industry longer than Richard Garriott having founded his first IT company (Sweet Micro Systems) back in 1979. They were most famous for developing the Mockingboard sound card for the Apple II which was used to great effect in Ultima 3 onwards. He was a year later than Garriott founding his games company (Interactive Designs) who developed for other clients with titles like the PC port of Defender Of The Crown for Cinemaware. That company was bought out by Sega in 1992, then Nakamoto was recruited by EA in 96 with his first job being overseeing the Wing Commander and Crusader franchises:- 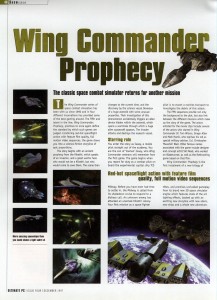 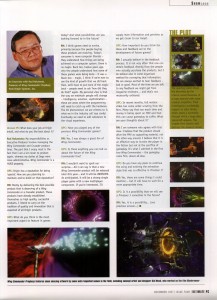