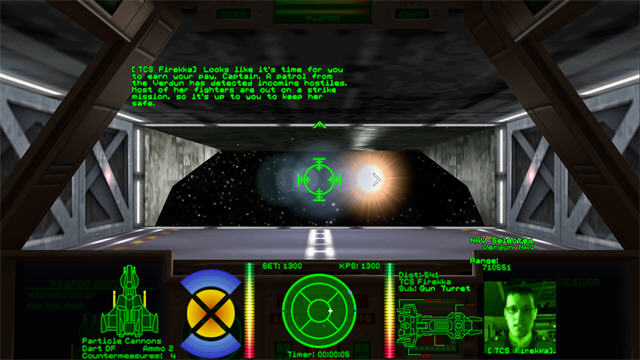 I’m called straight into action with no briefing at the start of Episode 3. We have to help out another ship in the fleet while its fighters are out on patrol. 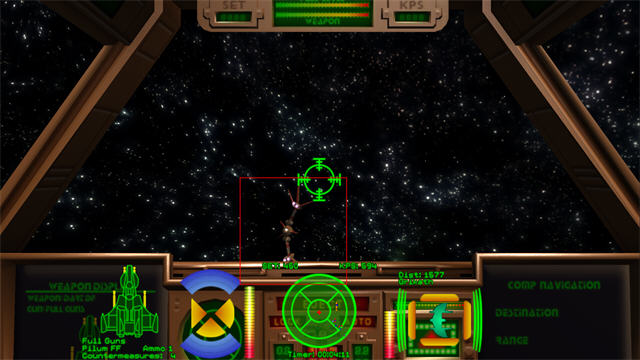 There are some new Kilrathi ships to fight in this mission, or at least new to WCP as they are familiar to anyone who played WC2. These Grikhaths have rear turrets which have always been the bane of my existence in Wing Commander games. 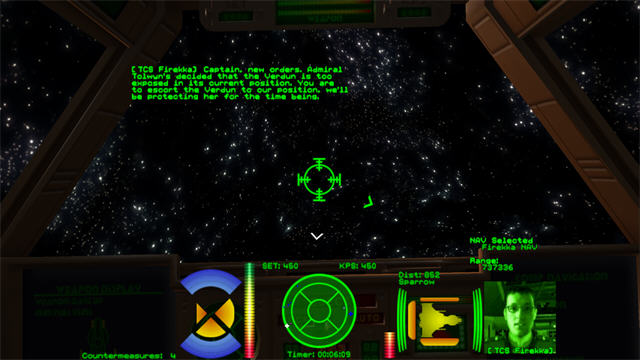 This first mission is relatively straightforward. Afterwards we escort the Verdun back with us. 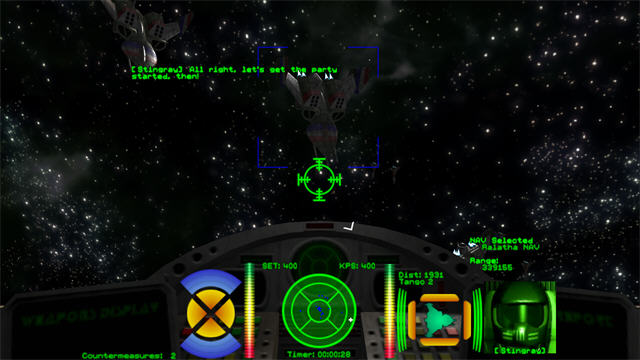 Mission 2 has us chasing down some of the Kilrathi capships. There is a small fleet of them in the system including a Snakeir which hasn’t been located yet. We are meeting up with Concordia pilots for this which finally places the game in the WC timeline for me. They are flying Broadswords and the like which have been modelled up to the usual standards. I always liked the Broadsword in WC2 – fingers crossed I get to fly one in Standoff. 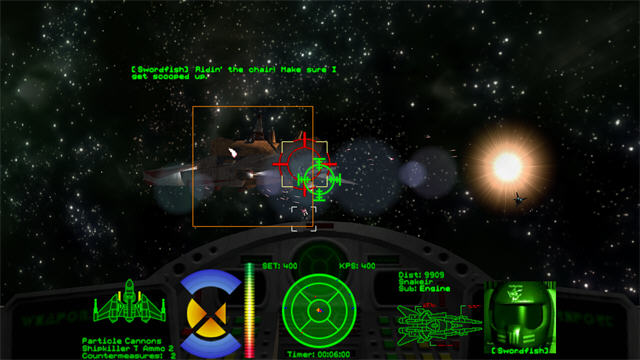 We have to take out a Ralatha to start the mission and then get word on the Snakeir and go after that as well. This is the trickiest mission in Standoff so far and takes me a few attempts. If I lose too many wingmen the mission is aborted which is a problem when taking out the Snakeir. 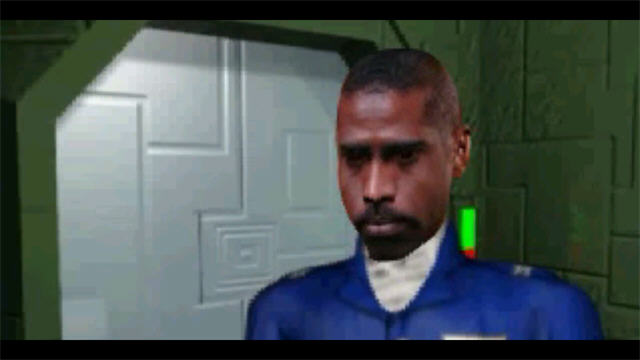 One of my pilots is steaming drunk when I get back – the action here is taking place over Xmas and he is missing his family. I thought people got drunk pretty often in Wing Commander games but my character doesn’t have much sympathy for him. 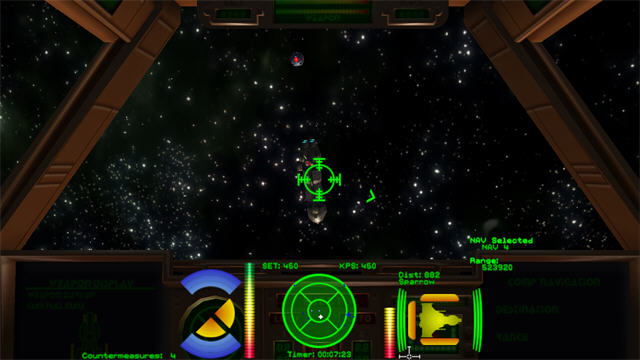 The third mission is a bit different. We have been ordered by Tolwyn to retreat but are mining the system as we go. I have to protect the mine laying ships at 3 nav points. This is another tough mission with all my wingmen getting blown up in seconds at the final nav point. I retry a couple of times and the final time the last nav point is really easy without me really doing anything different.

I can’t help but notice that the mines are as wide as the ships laying them so I don’t know how they manage to fit so many in. I can only think that they must be inflatable. 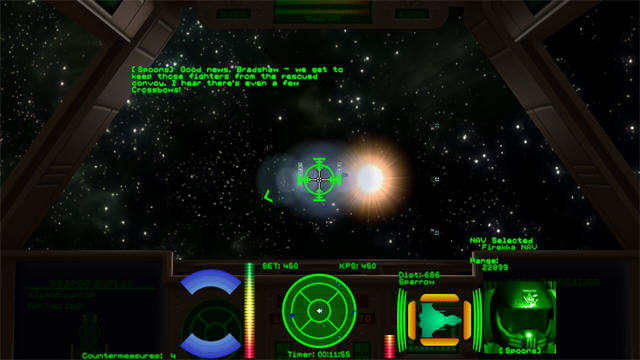 Some of my wingmen have been off helping a convoy in the meanwhile and have recovered some new fighters. It’s about time I got to fly some new ships. 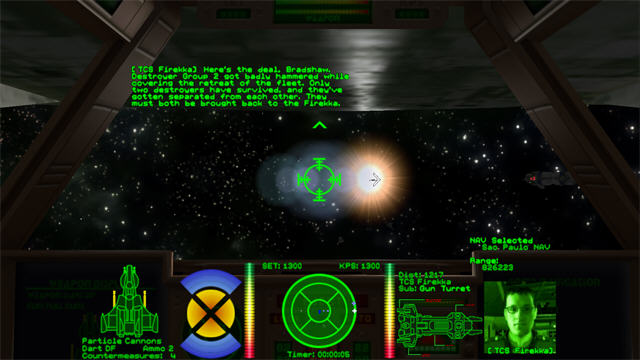 Unfortunately these new ships still need assembling so I’m stuck with the usual suspects for now. For this next mission, I have to rescue two more capships that have missed the retreat. Rescuing the first of these is really tricky. 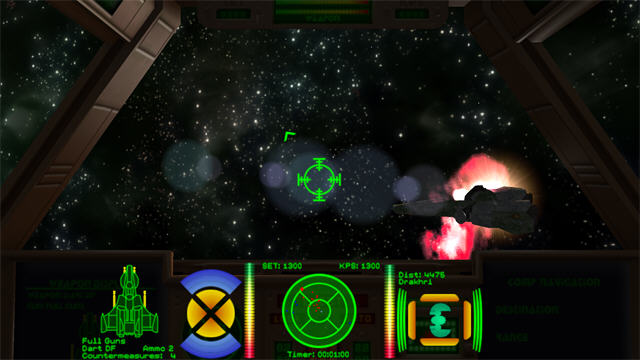 When I arrive at the nav point the ship is under heavy attack already. In fact it dies so quickly that I assume at first that I’m not supposed to be able to save it until I get a mission failed when I arrive back. If there is a key to this mission, it appears to be attacking the Grikhath heavy fighters rather than the lighter Dralthi which presumably don’t carry torpedoes. The problem is that there are more of them than I can possibly take on by myself and they are spread out over a large distance. 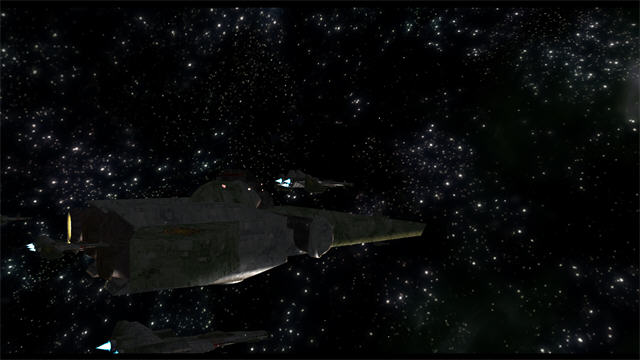 After enough attempts I luck out and attack the right ships. I escort it back then have to go and save another one. Thankfully, saving the second ship is easy. 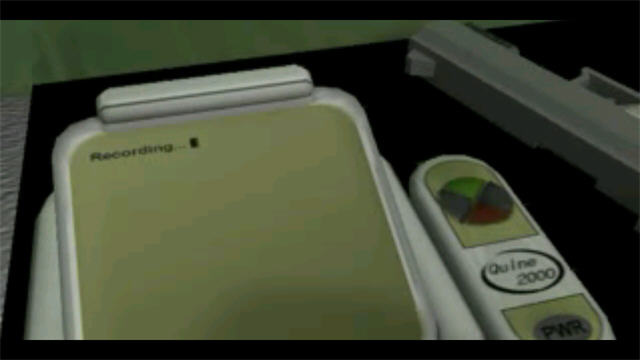 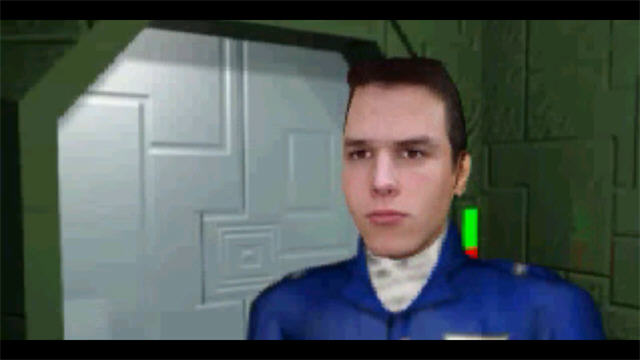 Spoons has been moaning about flying with Squealer due to his defection to the pirates but Squealer wins him round by helping him out during a tight spot and he comes in to apologise at the end of the mission. He is still not happy about Sparrow though. 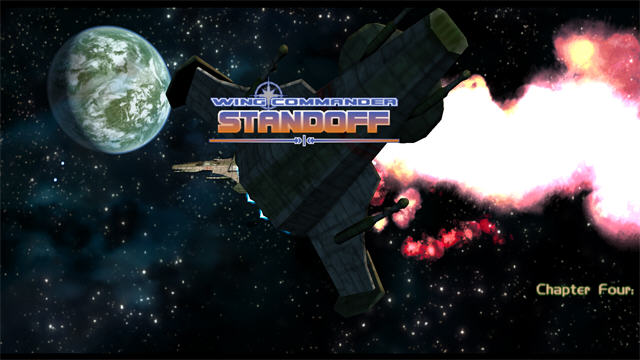 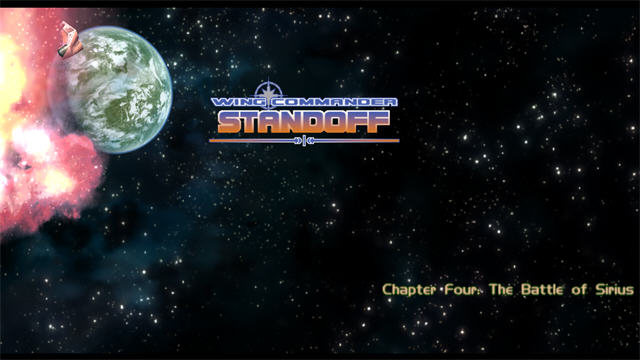 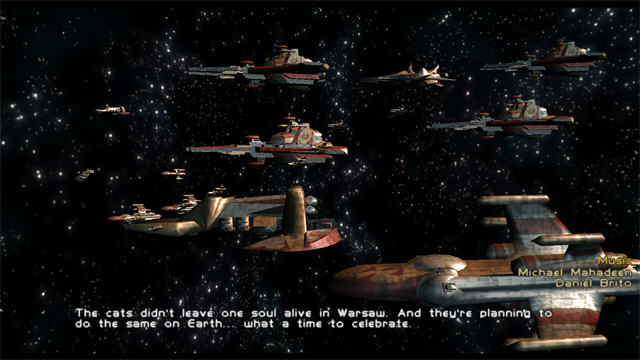 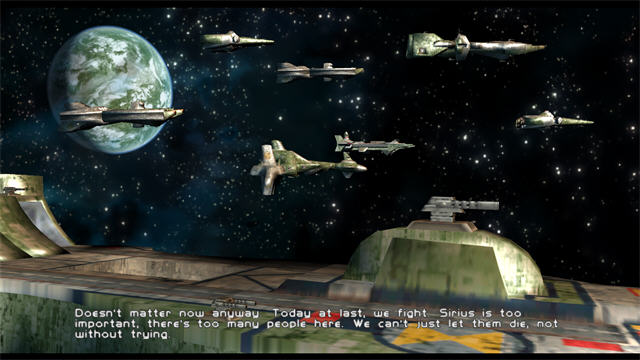 Episodes 4 starting scene shows the Kilrathi advancing toward Earth. We’ve been retreating but are now finally making our stand.

This episode took me quite a long time to play through. The difficulty level was more along the lines of WCUE but it was probably about right – it shouldn’t be too easy as an episode only came out once every year or so. I’m looking forward to flying some of the new ships in the next episode – I’ve been a bit surprised how few I’ve got to fly so far, although I’ve probably missed a few in the alternate missions.