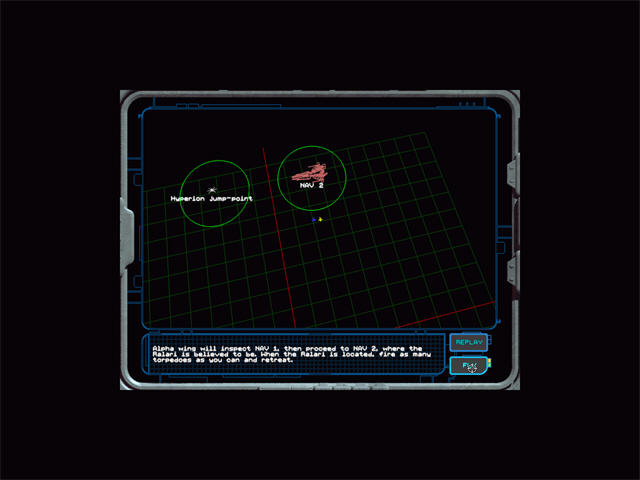 It turns out the the Fralthi in Mission 2 was just a support ship and we still need to take out a Ralari in the next mission. 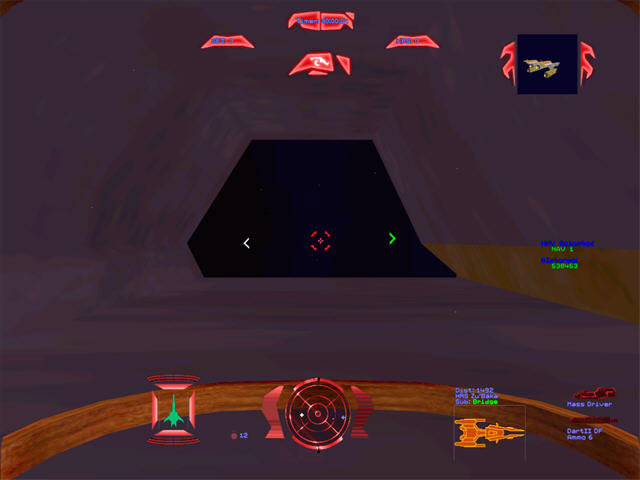 We get to fly captured Gratha’s from the Fralthi. These don’t really handle any differently from anything else I’ve flown but I do get a new HUD. 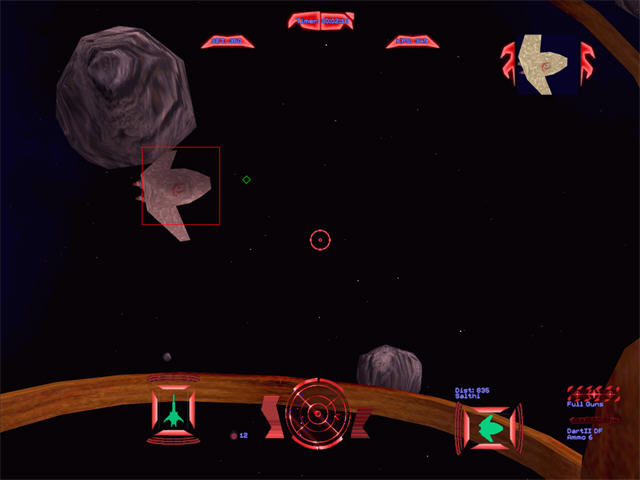 I fly against Salthi’s for the first time in a while. They are really small in this game and remind me of the little ships that broke away from the Manta’s in WCP. 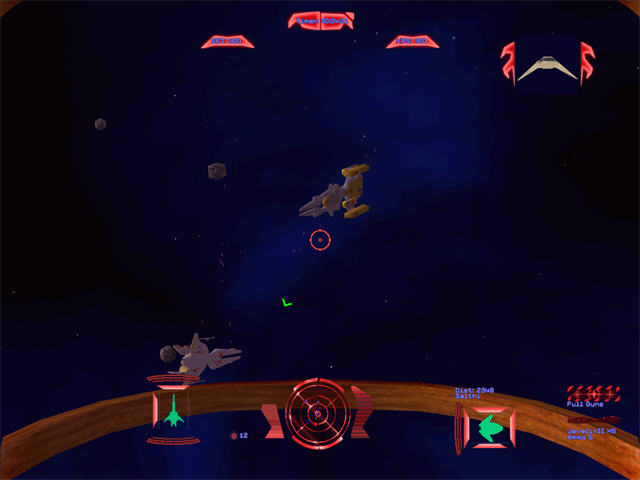 We are supposed to go searching for the Ralari but get called back as it attacks the Dauntless. 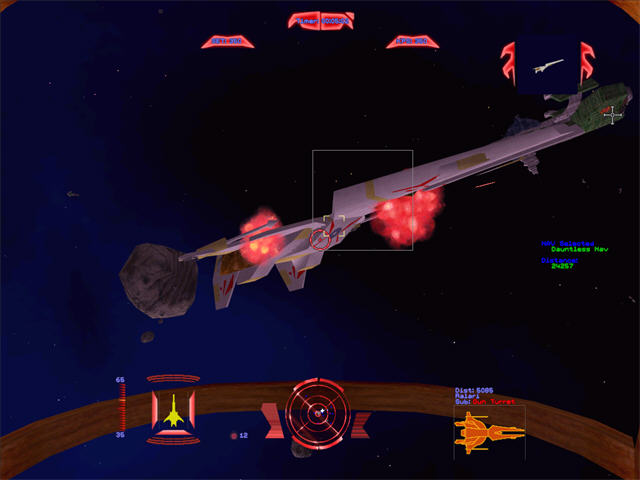 This mission is tough but not to the extent of the previous one. The biggest problem is taking out the Ralari as the fighters are easily dealt with. My wingmen can take out its engines but the torpedoes are always shot down when going for the bridge. On one pass the Ralari just ignores me and I get in to point blank range and take out its turrets without it shooting back. As soon as these are down the torpedoes get through and its gone in seconds. 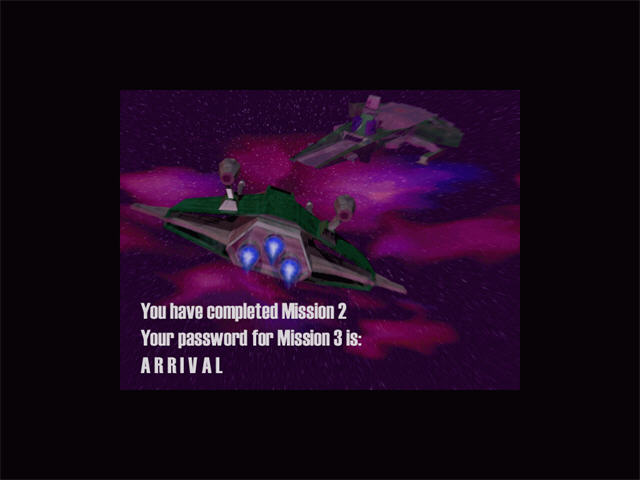 I get my next password for the fiction. I notice today that each type of fiction can have several sections. I managed to miss this yesterday and missed quite a bit of the story. It makes a bit more sense now. It is actually set in the SO time period. The border worlds just have to make do with old technology which is why we have all these ancient ships from WC2. Why we are up against the Kilrathi I don’t know but the main part of the plot concerns the Border Worlds mobilising to withstand the bug invasion which is where all our ships are going and why we have to make do with Scimitars. 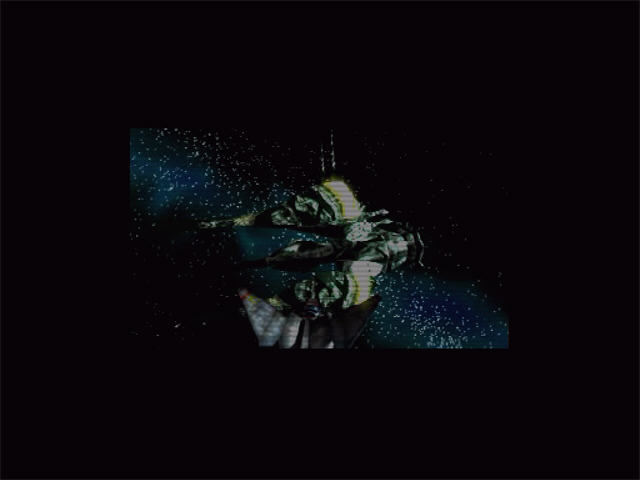 There is another cutscene after the mission but they all skip by in seconds so I can’t tell you anything about it. 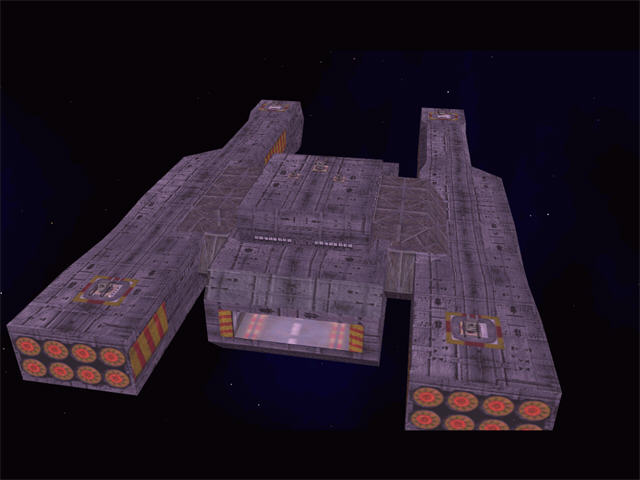 In addition there is an in-engine cutscene showing the Intrepid from WC4 being attacked by bugs. 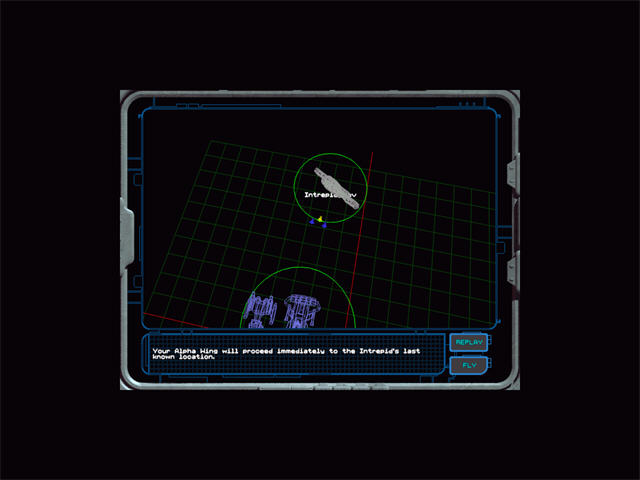 Mission 4 has me investigating what happened to the Intrepid. 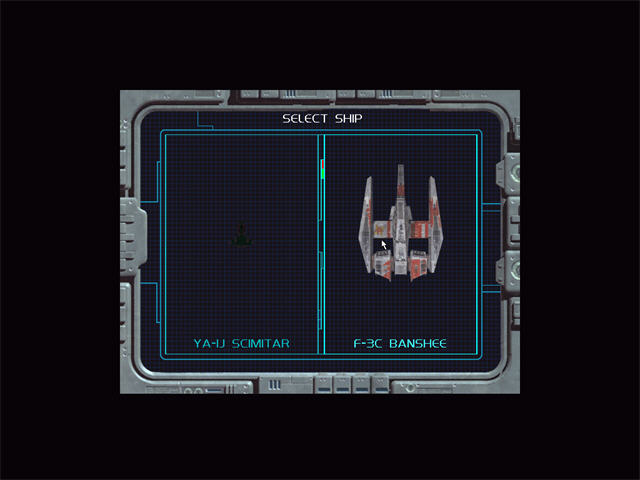 I get to choose a Banshee if I want this time. WC4 technology has to be better than WC2 so I go for this. 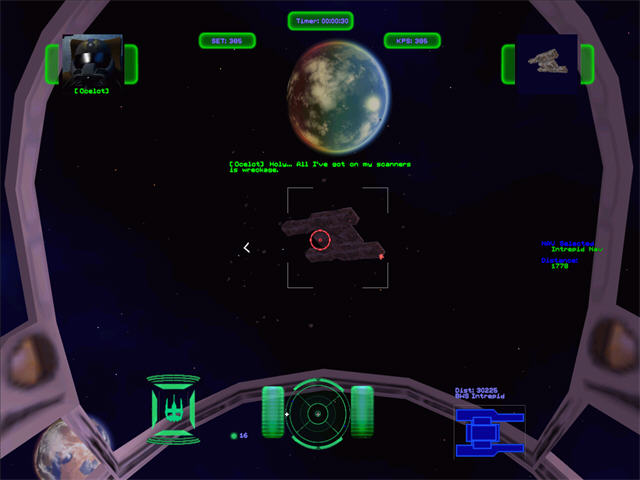 When we get to the Intrepid there is nothing but wreckage. One of my wingmen flies over to investigate and a load of bugs fly out of the hangar. 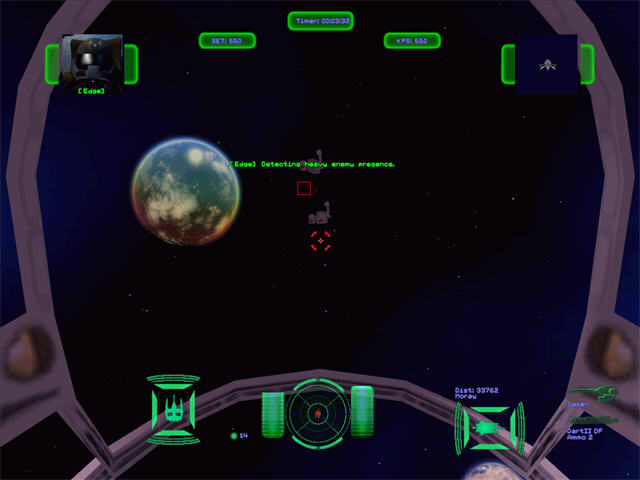 After fighting these then defending some transports, I’m called to defend the local starbase. I’m going to be seeing a lot of this place. This mission is pretty tricky and I try it quite a few times. Eventually I get the idea that I just need to hang around the base and take out any torpedoes launched at it. As soon as I go for this tactic, only one torpedo is fired which I take out and my wingmen + the Kilrathi from the Fralthi who are now helping us out take out the bugs in absolutely no time. 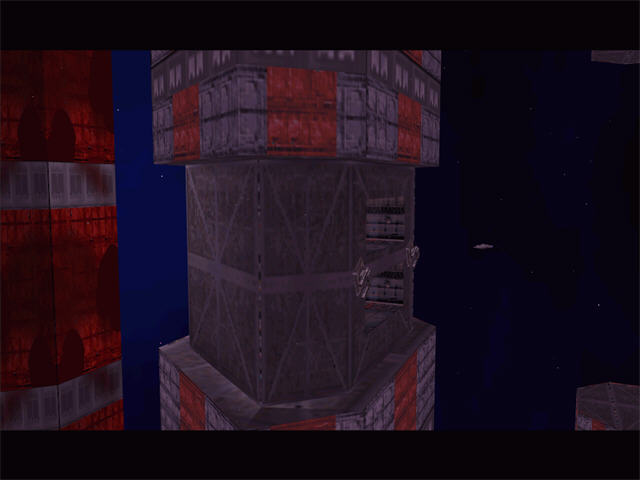 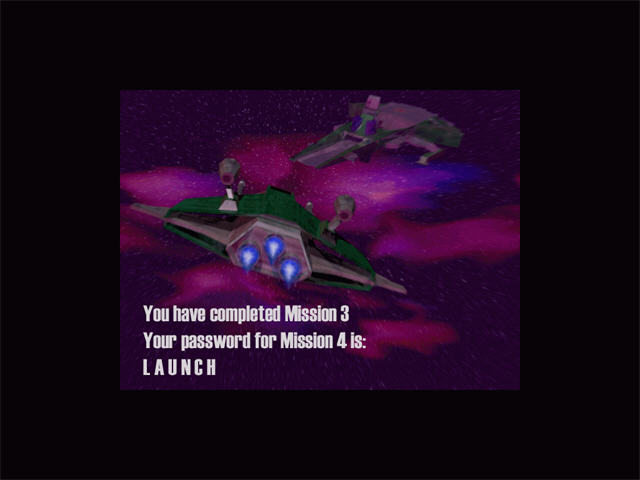 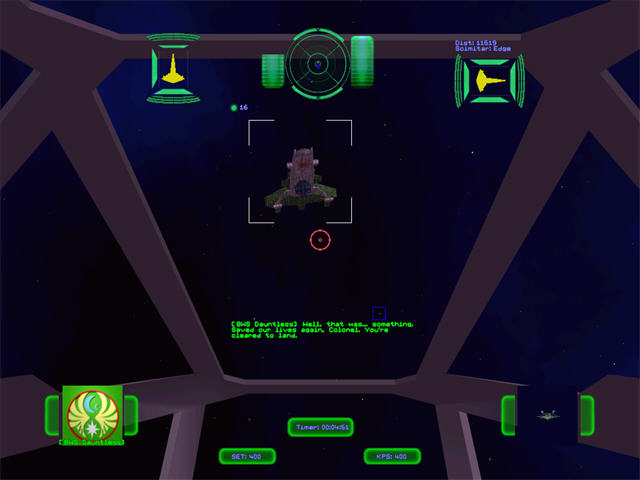 The next mission is a straight scramble and protect the Dauntless. This is the easiest mission in the game so far by a mile. I complete it first time with no trouble at all. 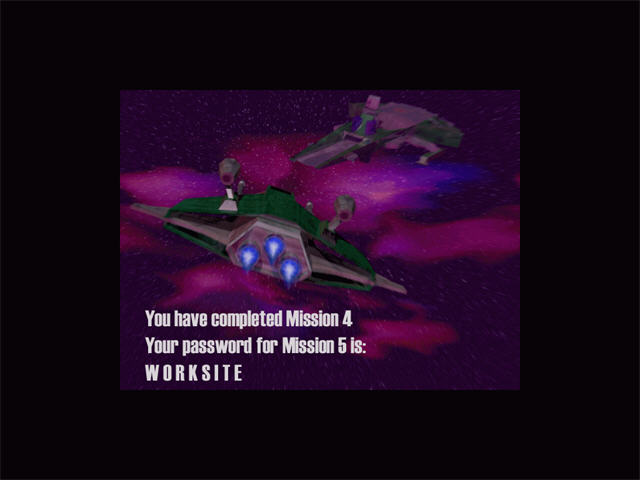 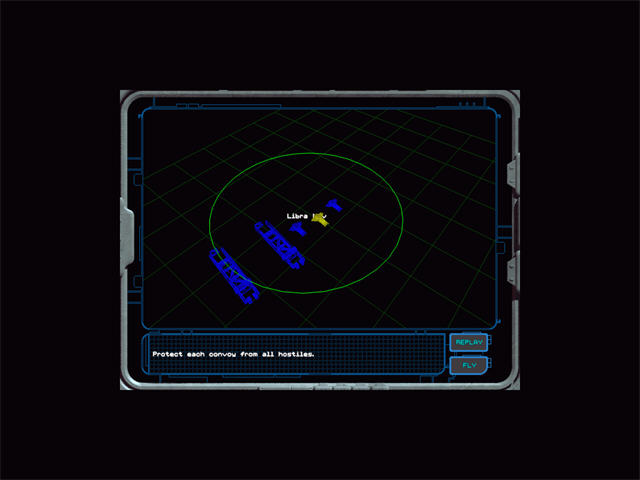 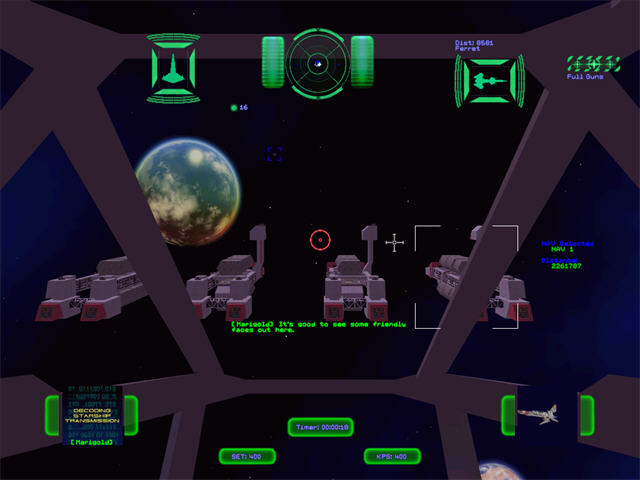 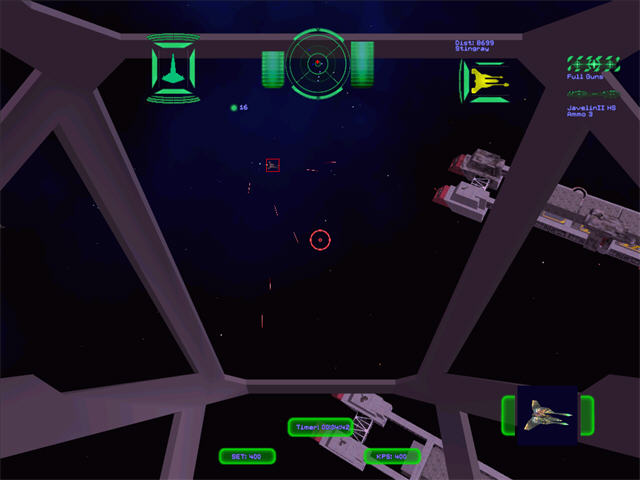 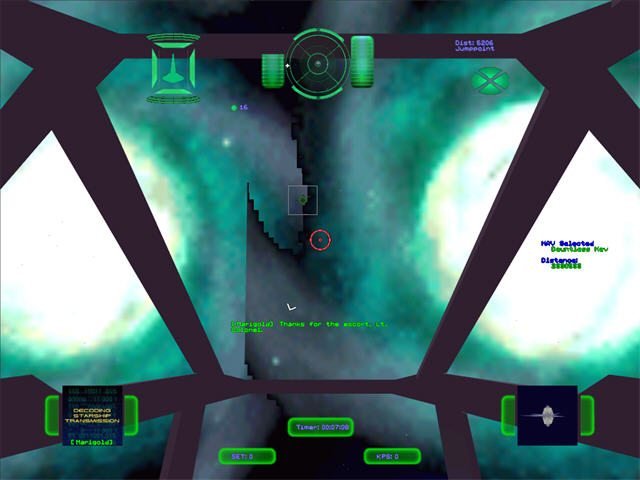 I get the first set to the point without any real difficulty. 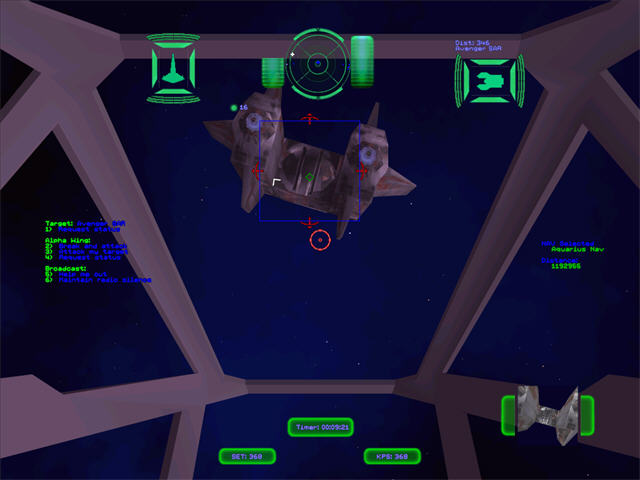 I then have to refuel by docking with an Avenger. The technique for this seems a bit hit and miss. I’m supposed to close within a certain distance and slow to a particular speed. 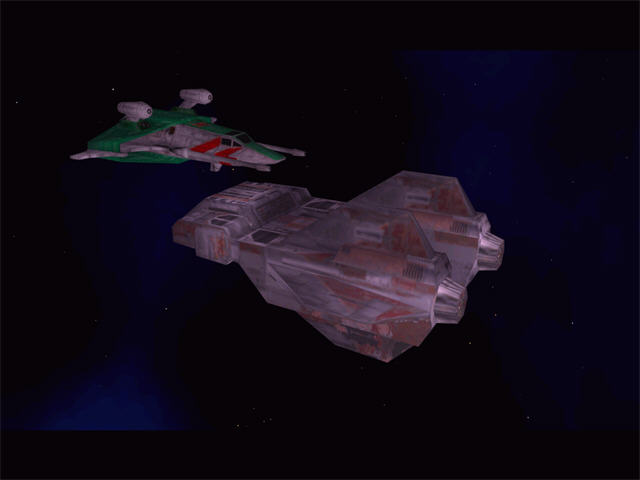 This is easier said than done and doesn’t seem to trigger the docking. In the end rocking my throttle back and forth when I get close does the trick. 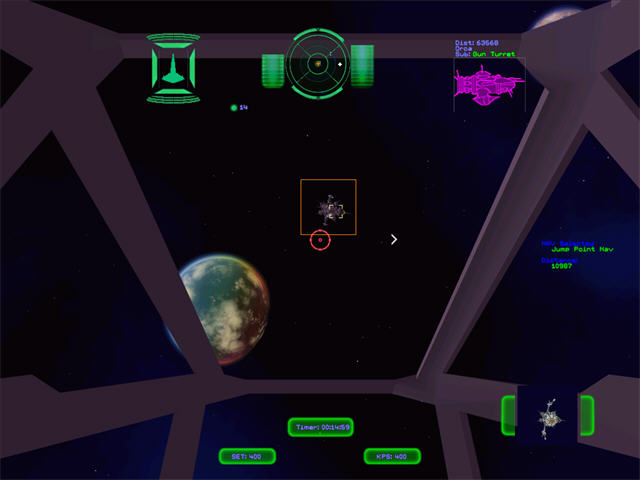 The second escorting proves to be harder and I lose two ships. I have to defang a capship as it closes on the jump point and the transports but don’t start this until too late. I’m aiming for the winning path so I’ll have another go at this mission before I go any further.

The difficulty level of this game has varied today but for the most part these missions are still extremely tricky. Some of them are really epic in length and failing at the last point is galling to say the least. None of the missions have been as over the top as the Fralthi mission and have been a bit better judged but you couldn’t aim this game at anyone except serious WC fans as they wouldn’t be prepared to persevere. I am going to get about a weeks worth of decent gaming out of UE by the looks of it though. When I started I was expecting to breeze through 11 missions in one night.