Possibly the least known Origin release of the 90’s, Abuse was a side-scrolling shooter created by former Id employee Dave Taylor. He founded Crack Dot Com who developed the game and had originally tried to sell the product himself on the Internet. Considering this was the mid 90’s he was several years ahead of the game and sales didn’t go well. This led to him approaching Comp USA to try to sell a retail version but they didn’t want to carry a product with such elaborate packaging. In an unlikely turn of events, he did however find support in the QA department of Origin who had all been playing the demo. They apparently managed to persuade Origin management to support the game and it ended up being published by them in 1996.

The original packaging for those that bought direct from crack dot com included a T-shirt. The front just bears the word Abuse (not sure that’s something I’d choose to have written on the front of a T-shirt these days) and the back has the logo as on the box:- 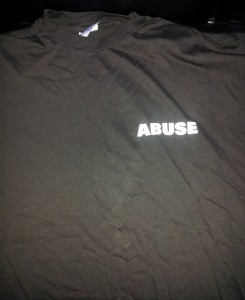 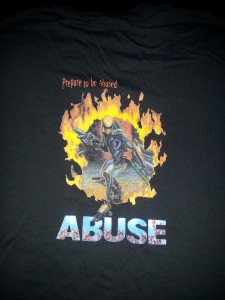