I managed to locate this demo yesterday on a copy of the May 1995 PC Gamer Cover CD and I’ve added it to the downloads on here. When I was searching around the web for the demo before, I found references to a much smaller 7Mb version so there could be another out there still to be found. This one weighs in at a much heftier 100+ Mb but there is a lot of duplication in the files. 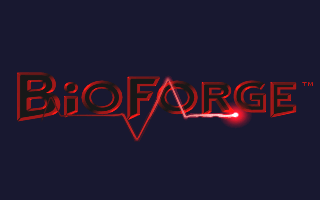 It includes the full intro sequence before launching into the start of the game exactly as I remember it. 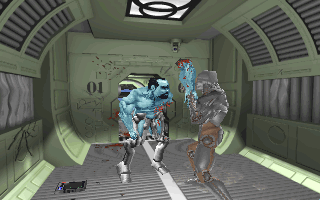 I escape my cell, beat up Dane with his own arm (this never gets old), steal his fork and use it to prise open the panel. After prising open the door panel, I have to solve a simple puzzle to link a circuit and open the lock.

That allows me to push open the door and the demo ends. For the size of it, this sure didn’t last long. There is an end movie with a stack of screenshots and a couple of original animations at least.

It’s probably fair to say that this demo wasn’t worth hunting out but at least it completes the set of Origin demos which I’m aware of. If there are any missing, I still want to hear about them. In the meanwhile, I’ve decided that I’m going to attempt to play Ultima 3 on the NES next.