There was a bit more Wing Commander 2 left than I thought so I got as far as the final mission today but gave up when the game crashed – again. It behaves a bit odd under Dosbox in general. The speed of the game seems to change with the number or ships and the firing rate sometimes gets really quick. On one mission where I had to destroy 2 cap ships they suddenly fired lasers at me with the rate of a machine gun every time I got close killing me instantly. I tried swapping to the Kilrathi Saga version at this point (the savegames are the same) which still acts oddly with very slow autopilot animations and ridiculously fast cutscenes. It got me through the mission anyway and I swapped back to the original in Dosbox. Its good to know I can do this if I have more problems.

I’m stuggling to find much to write about in these Wing Commander posts. You go out and shoot stuff and thats about it in the gameplay. Its fun but doesn’t give me a lot to write about – its like trying to blog space invaders. There is the storyline but I really don’t want to try to cover the whole thing so I’m skipping anything insignificant (which is most of it). 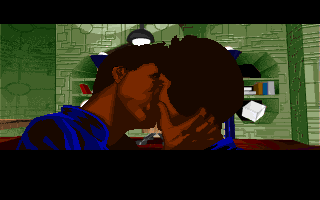 After finishing up the mission where Spirit dies, the inevitable love story part of the story plays out with Angel. There then follow a series of Rapier missions with Stingray which are easier than the first Rapier mission but still a challenge. 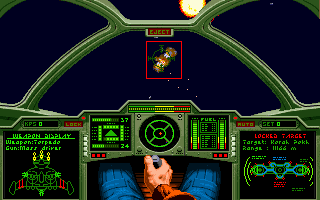 After these I get to fly some Broadsword missions with Angel. This is definitely my favourite ship – I like the tactical use of turrets and the huge firepower. Waiting for shields to recharge is a pain though – they are ridiculously slow. Something you get a lot of in these mission is huge capships that can only be killed with torpedos. The torpedoes take forever to lock on – the only viable tactic is to kill all the fighters, lock on the torpedo just outside firing range, then fly in at full speed, fire the torpedo and get out asap. Apart from waiting for shields to recharge I quite like this change in pace to the usual dogfights.

The capships in this are a lot more deadly than the WC1 equivalents ever were. Apart from the flak cannons they can have varying gun turrets which can wipe out your shields in a couple of hits. It feels much more realistic. Any missions defending the Concordia now, the Concordia will be taking out loads of ships rather than being a sitting duck. 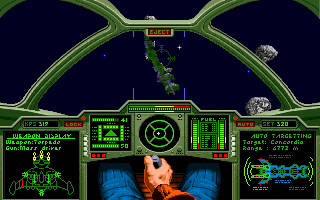 As you gradually work towards the big Kilrathi base the Concordia ends up hiding in an asteroid field for a couple of missions. This is a bit of a pain when you try to land as the asteroids seem to pass right through the Concordia and you can’t see them coming. I’m not impressed when this kills me off at the end of a mission. 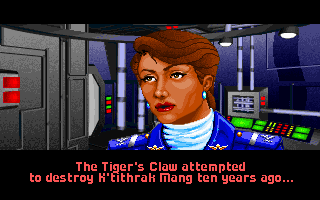 The next jump takes us to the system with the Kilrathi base where the Tigers Claw got blown up at the start of the game. 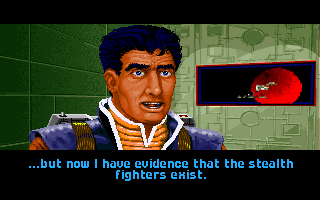 Before we get there, a few plot threads are tied up. In a mision I fly with Jazz I finally get back to the Concordia with a flight recorder disk showing the stealth fighters. 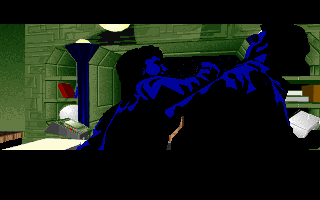 Next mission after I launch, Jazz attempts to attack Angel after she discovers he is the traitor. She fights him off.. 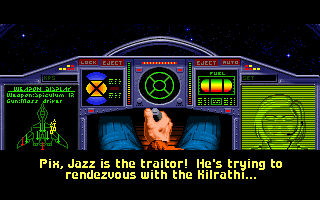 .. but he steals a ship and I have to get him back. 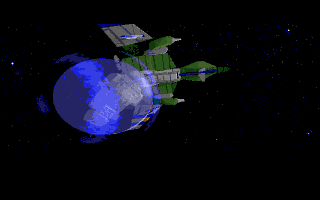 The fight with Jazz is pretty easy. He flys with afterburners all the time and I just have to get off shots every time he gets close. It takes a minute or two but its more about patience than anything else. He ejects and I’m about to blow him up but Angel tractors him in before I can shoot. 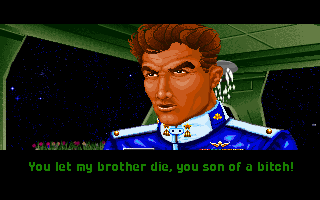 Aparently he’s taking revenge on the whole Tigers Claw crew for not getting to Goddard in time in SM2 and letting his brother die. Its not that convincing – why would this make him help the Kilrathi anyway? 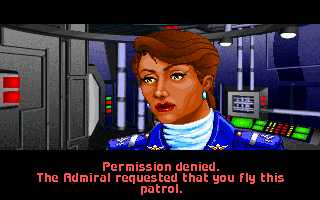 Next mission is the attack on the Kilrathi base. Even though I’m now innocent Tolwyn doesn’t want me to fly the mission. 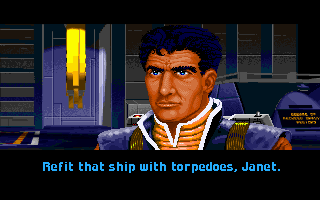 So in typical hero style I go out and fly the mission solo. 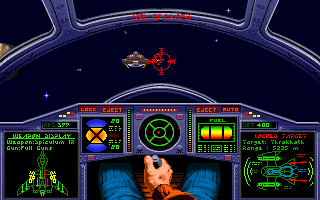 When I get to the base, Prince Thrakath himself comes out to fight me. He’s in a unique ship but is no harder than Jazz. It feels like the same fight really. I blow him up in no time but then the game crashes again. Not good timing but its enough for today. I think I can safely say I will finish it tommorow this time with just the one mision left.