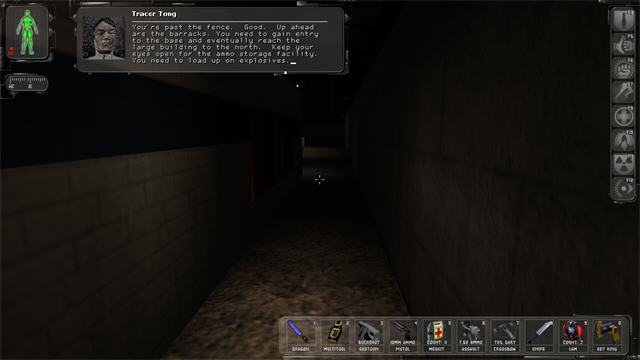 I’m dropped off on a roof near the submarine base and crawl in through a service grate. I’m going to need to make my way through the base to get to the container ship. 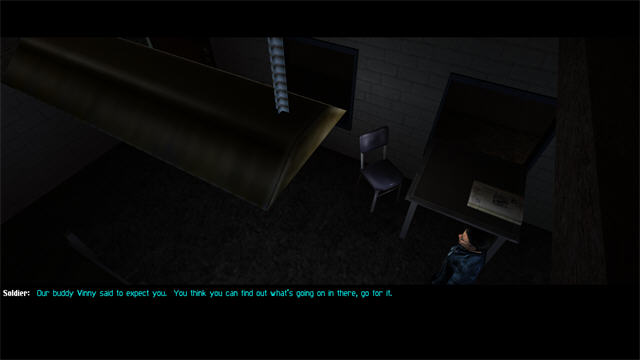 The guards outside the base let me straight in. Something I didn’t mention yesterday was that I spoke to a man in the bar called Vinny who was on leave from the military and he used to work in this base before FEMA took over. He wanted me to take a look around and sent a message to his buddies who still guard the perimeter but are not allowed in the base itself to let me in. They conveniently give me the key to the gate now and I don’t have to kill them off. 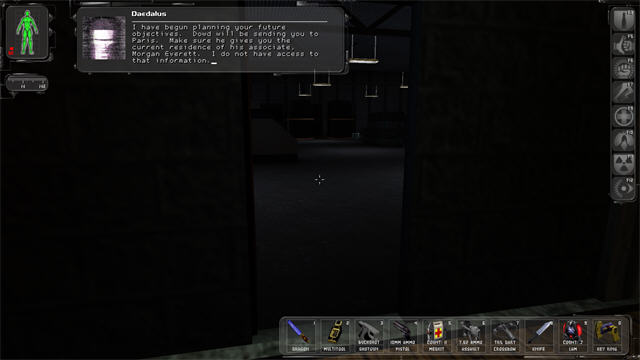 Daedalus is already planning what we do after this and says that Dowd will be sending me to Paris. He wants me to get the name of one of his associates who I need to meet up with. 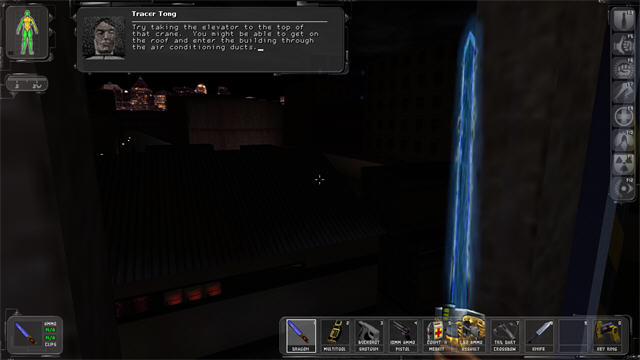 I make my way through the facility. It’s not massively well guarded although there are a few bots. I try a new strategy of running right up to them and hacking with my sword. This works quite well as I can always stay behind them while they are attempting to rotate and face me. The only snag is the explosion damage I take at the end but this isn’t so bad as I have my fully upgraded regeneration skill now. Tracer has me go up onto a crane, then lower its arm and climb along it to get access to the main building. 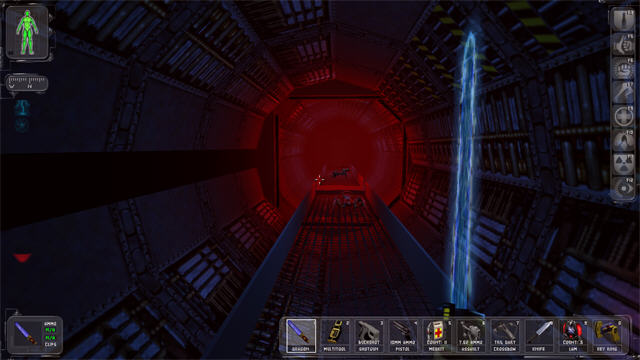 The ventilation system here is crawling with spiderbots + has this psychedelic room with flashing lights and rotating walls. I run through as quick as possible ignoring the bots and shut the door at the end behind me to keep them out. 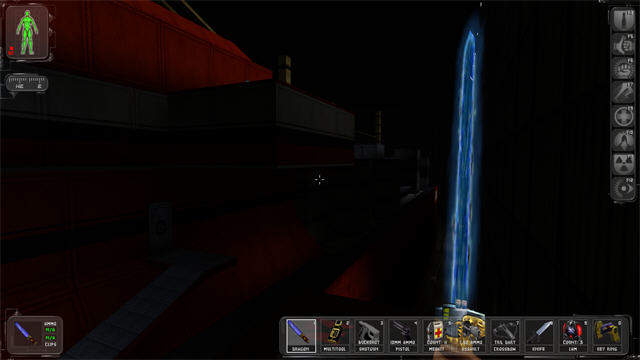 This brings me to the ship I’ve been looking for. It’s a fair size and will take a bit of exploring. I climb out on a gantry and jump down to it. 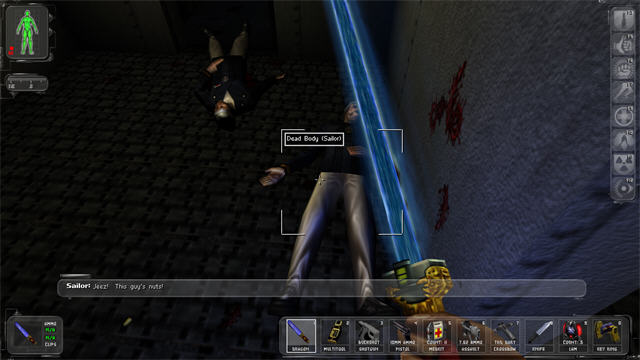 The ship is full of sailors who don’t take well to my presence. A quick sword chop takes them out and in the confined spaces of the ship the sword is the perfect weapon. 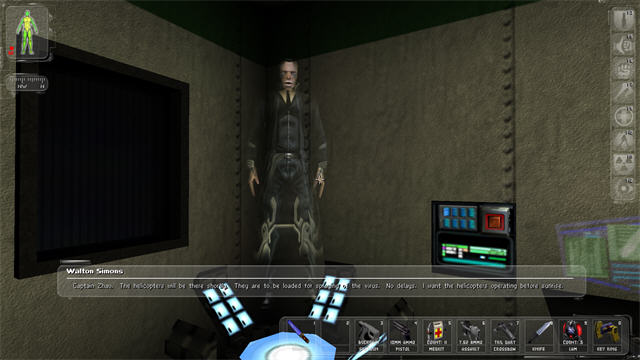 The bridge seems to be the place to go so I make my way up there by climbing another crane on the ship itself and jumping down. In the Captains quarters I find a message from Simons instructing the seeding of the virus using helicopters. 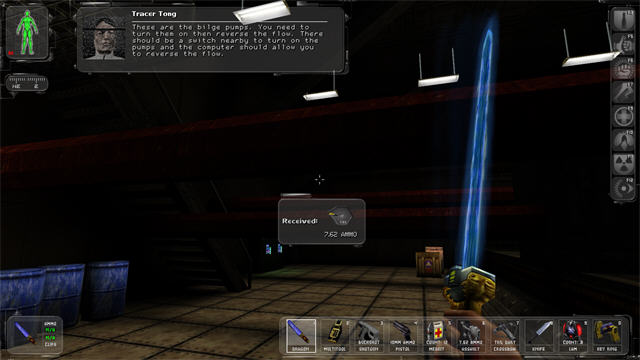 I make my way to the bilge pumps which I’m told to reverse for whatever reason by Tong. He also tells me that the last of the welds that I need to blow up is in here. I’d forgotten about this until now and haven’t been looking for them. 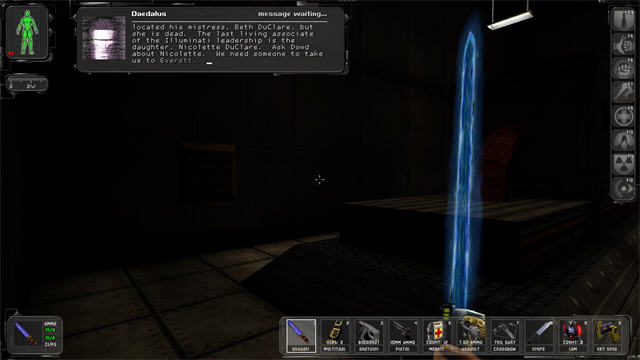 Before I can start, I get another message from Daedalus who wants me to meet with Nicolette Duclare who is the last Illuminati leadership link remaining. 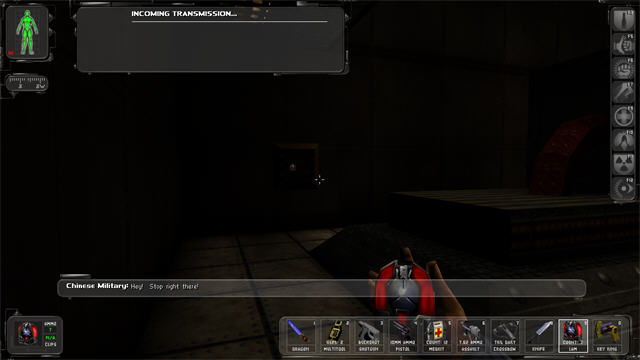 Before I can do that, I need to blow up these welds. I find the one in this room, its a small square on the wall which blows with a single LAM. I’ve got the map telling me where the others are, I know what to look for now + most of the ship has been cleared of sailors so in theory this should be easy but it ends up taking quite a while. 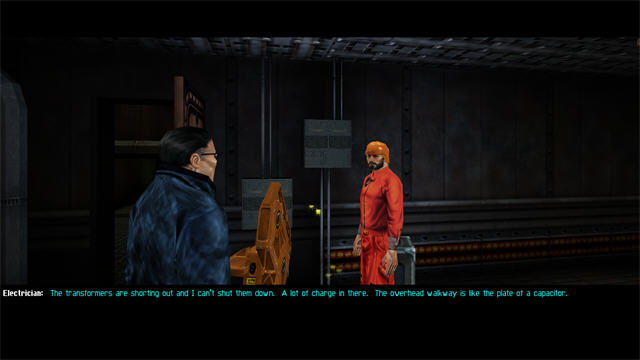 The biggest problem I face is a metal bridge which is being electrified by a broken electrical system that needs shutting down. I need 4 multitools to do the job myself and only have 3 which means scouring the ship for the last one. I find one eventually, fix the bridge and this leads to a helicopter landing pad + one of the welds. 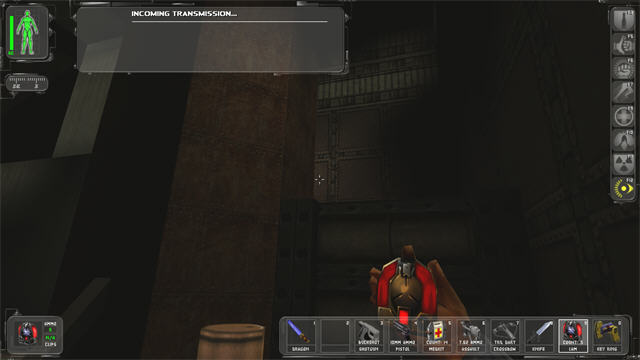 The remaining welds are simple enough except to find except for one that I can’t seem to get to but I locate where the map says it is and toss a LAM up there and it does the trick. 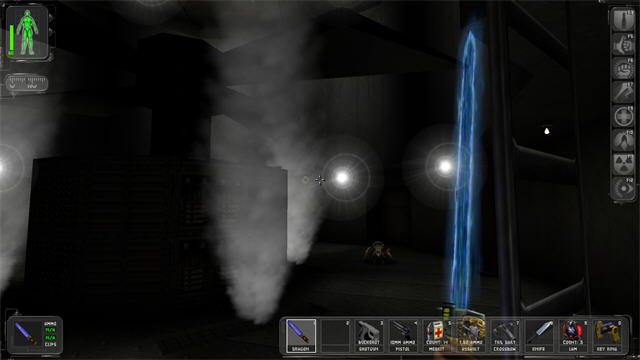 That gives me 30 minutes to get off the ship before it falls apart. I only really need 2 or 3 so its very comfortable. I have to jump off the ship and climb up a maintenance ladder back out the way I came in (past the spiderbots again). On the way out I run into another of Vinny’s mates who gives me the code for the ships ramp which would have been an alternative route in but it doesn’t help me now. The jump down certainly hurt my legs though and I could have lived without it. 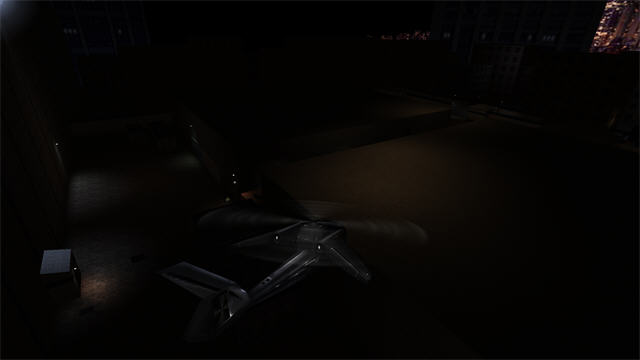 Jock is waiting outside on the roof. I notice he can always get to me after a mission but at the start drops me off miles away. 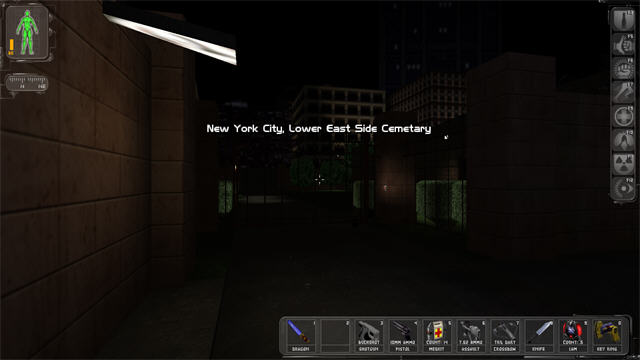 I’m flown back to New York yet again although to a different map at least this time. I find myself in a cemetery where I’m hopefully going to be meeting up with Dowd again.

I’ve given in on the idea that I’m nearing the end of this game and it looks like there is a load still to go. You couldn’t accuse Deus Ex of being small and I guess I can forgive it for the slow start given how long it is taking. It sounds like it will be Paris next after I meet up with Dowd in this cemetery.