This is a press release from 1989 advertising the imminent release of Knights Of Legend. It pushes the complex combat aspects of the game which were certainly the major focus from what I recall:- 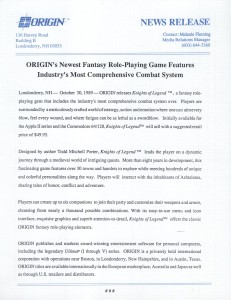 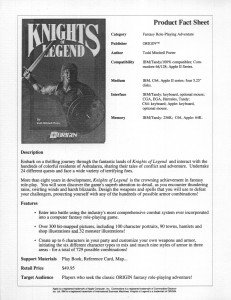 As an added bonus, here is another press release from the year before about Origin winning the inaugural best developer award at the 1988 computer game developers conference. This was the first year of what would later become the GDC with only 150 developers attending. By 2008 this number had swelled to over 18,000:- 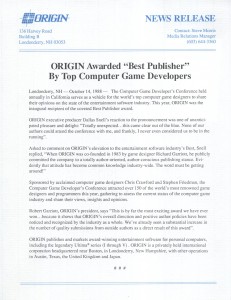