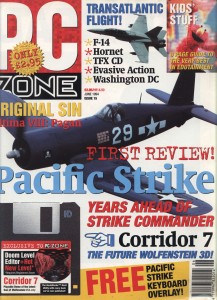 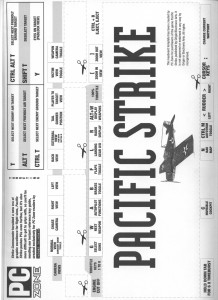 Pacific Strike was the featured game in the June 1994 issue of PC Zone, which is perhaps surprising in an issue that features a review of Ultima 8. Aside from getting pride of place on the cover, the issue included a keyboard overlay and a four page review:- 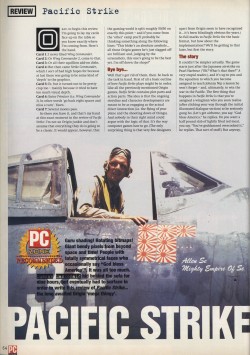 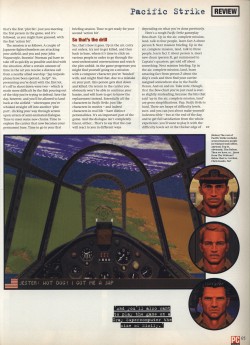 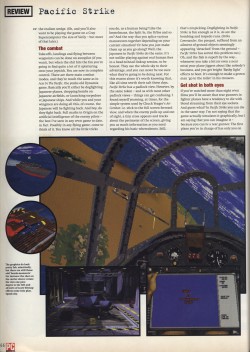 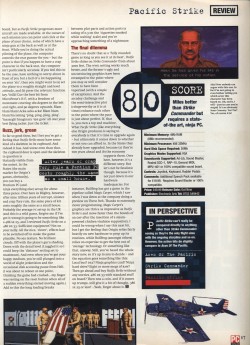 The reviewer starts off by stating how he hasn’t liked any of the Wing Commander games and finishes by blaming the speed of Origin’s games on bad programming. This doesn’t exactly ingratiate him to me but if you couldn’t cope with a bit of banter/abuse PC Zone wasn’t the magazine to read back in the 90’s. It is actually a fair review for the most part and I wouldn’t argue with the final score.

I did some more work on the site last night. Even the less observant will have noticed the new logo at the top. This came out better than I expected but I may still tweak it. It’s based on the 1989 Origin product catalog cover, except this has a whole lot more balls.

The more observant might have noticed that the images on this post actually use proper thumbnails instead of downloading the full size file and then scaling it down in your browser. This doesn’t sound like much but it’s a definite novelty for this site. Whether I can be bothered to go back through 600 posts and give them the same treatment is debatable but it wouldn’t be a bad idea. I’ll at least do the magazine scans. Before that, the next job is a new logo to replace the red dot that came with the theme.