I managed to persuade a friend who was heading in the right direction to pick up that Pentium II on my behalf and he dropped it off Wednesday night. From what I’ve seen it looks like it’s barely been used which is exactly what I was hoping for. It turned out to have a 400 Mhz CPU which is perhaps a little slower than I was aiming for but it’s enough.

Getting the PC was only the beginning as I needed to set it up from scratch at this point. This is quite a chore with making boot disks, searching around for old drivers and then struggling to transfer files to a machine with no networking. It was a lot faster than it would have been had I not been through it before relatively recently.

I soon had Windows 98 set up and working with my Voodoo 3 + SB Live. I’ve slotted in my old AWE 32 sound card as well with the idea of setting it up to dual boot DOS next. I’d forgotten just how big the AWE32 cards were – it must have the same sort of surface area as the motherboard itself. The biggest pain in the process has been swapping my USB keyboard and mouse backward and forward, along with my memory stick. I’ve just ordered an extremely cheap second-hand KVM switch + cables off Ebay so I’ll see how that works out. The idea I had of not spending any money on gaming in the new year isn’t really working out so far but at least it’s only dribs and drabs.

Having got Win 98 running, I thought I’d better give the new machine a proper test so I loaded up the Ultima 9 demo and started from the beginning again. U9 must have been one of the last games built with 3dfx cards and Glide specifically in mind, largely thanks to its extended development time. This makes it probably the most demanding game I’ll ever throw at this PC. I wouldn’t say it ran silky smooth but it’s more than playable, especially for a prerelease version of a game that was notoriously demanding at the time. 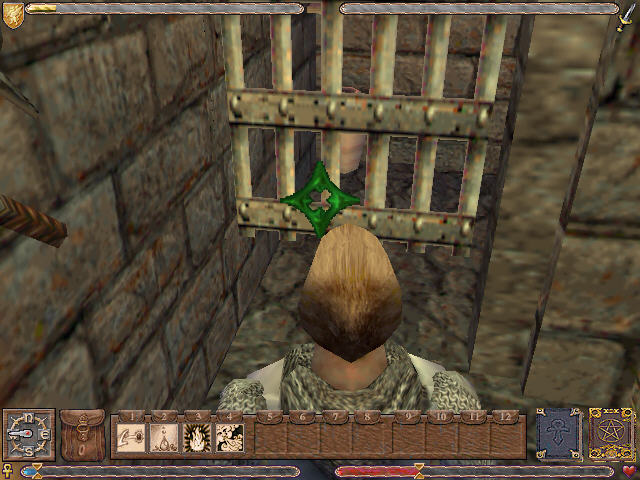 I dashed through to the previous sticking point with the floating vase. This time it drops to the ground as it’s supposed to allowing me to play through the rest of Stonegate. 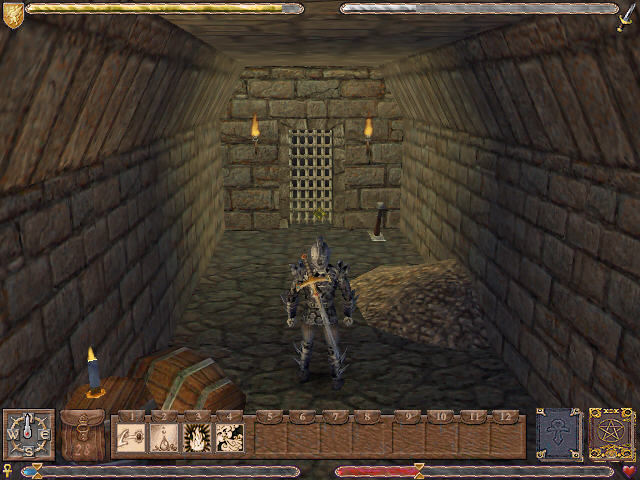 Immediately before I walk out of the front door, I’m teleported into Despise. I’d forgotten that this was even included in the demo. It is slightly altered from the final game as the entrance has been sealed off and I’m sure I wouldn’t usually get a full set of armour + sword so these must have been placed to beef up the demo’s fledgling Avatar. 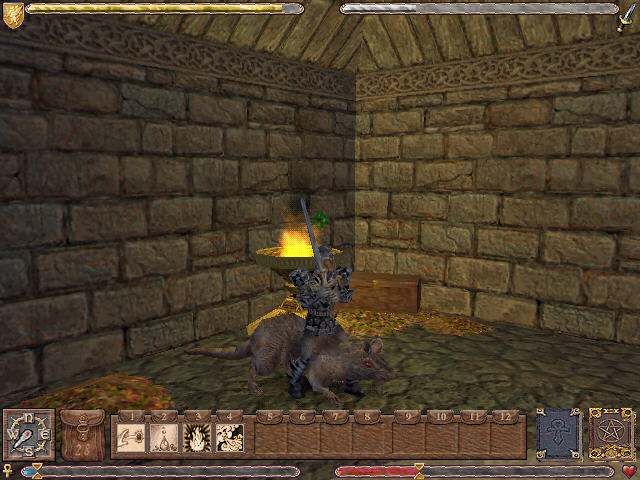 Other than that it appears to be basically the same dungeon, with only minor differences such as a much duller looking Kiran shield when I get that far. I remember my way around well enough to not have any trouble progressing if it wasn’t for the incessant bugs. I’d hoped that this would prove to be bug-free now I was on appropriate hardware but no such luck. The best bug I run into involves some impromptu bareback rat rodeo. Once superglued to the rat, I can’t move and have to reload only to discover that I can’t move my Avatar from that savegame either now and have to go to the one before all the way back in Stonegate. From here on I save very frequently and always into a new file. I did find out later that this loading bug could be cured by restarting the game. 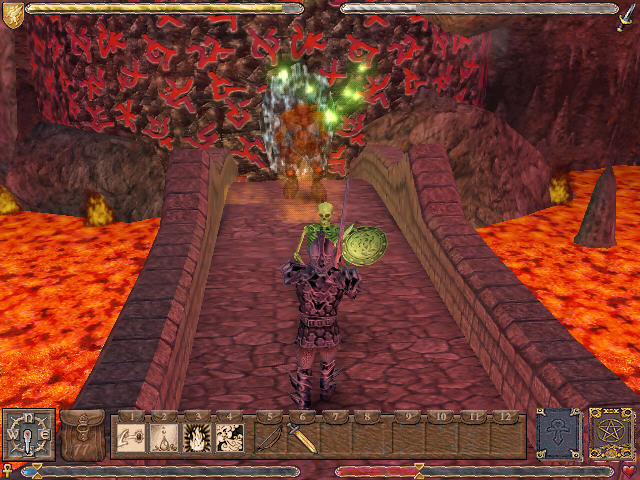 Several crashes, glitches and restarts later and I get to the bottom of the column at the end of the dungeon. There is what would have been a surprise in store if Natreg hadn’t already reminded me, as Iolo/Ooli isn’t there and is replaced by a demon who keeps summoning skeletons. I ignore the skeletons and hack away at the daemon. He is tough but falls after 20 or 30 hacks. 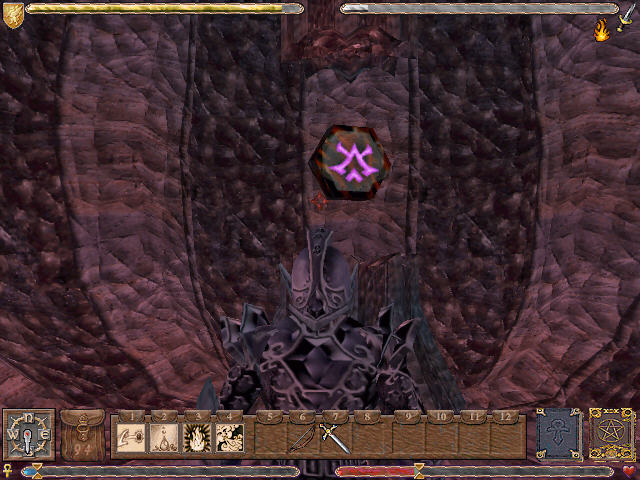 Immediately after grabbing the glyph, the advertisement avi plays and then I’m dumped back to Windows.

There was loads of gameplay in this demo and other than the bugs it showed most of the best aspects of U9, apart from the (fairly) open world. Getting it running might not be easy though and it needs a large dose of patience with the initial U9 release looking positively stable by comparison.