I’ve been gradually working through Nintendo Ultima games over the last year or so with this being the penultimate going in series order. Savage Empire was however published on the Super Famicom in 1995 using the Ultima 7 engine making it the last Ultima game to be published on a Nintendo at least so far. The port was done within Origin by the same team that converted Ultima 7 but never got released as it was around this time that FCI went out of business in the USA. A translated version was released in Japan but that means Japanese text throughout so I’m not going to do any more in this post than have a quick run around some of the world. A fan re-translation was started recently which I’m eagerly awaiting but no doubt it will take quite some time to complete. 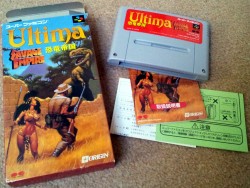 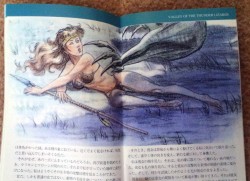 Whatever the game is like, the packaging alone makes this a great Ultima collectible with an unbordered version of the original box cover and full colour art throughout the manual as opposed to the monochrome of the PC version. 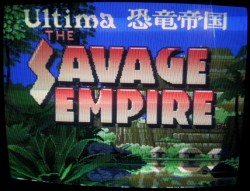 The title screen looks largely familiar with extra animated dinosaurs but no scrolling. Savage Empire never had a full introduction like most of the Ultimas, just a story so far option on the menu. I’m assuming that’s what I found with all the scrolling text on the right. 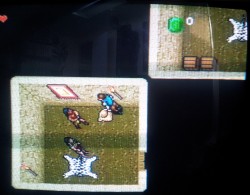 Selecting the option beneath that takes me into the game. Just like Ultima 6 the graphics are fullscreen and easily on par if not better than the PC. Any other indoor areas close enough to be seen also appear here. It’s a little strange being able to see into a building without entering it but not a game breaker. The walking speed appears to be increased from Ultima 6 as my Avatar runs around with some pace which should make this a little quicker to play. 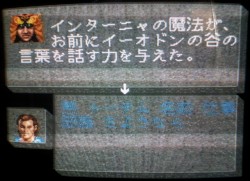 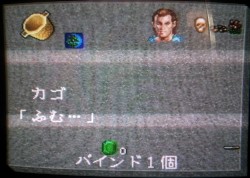 I commented about the lack of button usage in Ultima 6’s interface when I was playing it and Savage Empire has had quite the overhaul is this regard. The two main buttons use whatever is in your left and right hand (as with Ultima 5 on the NES). The top button goes to the inventory screen and the left interacts with whatever you are looking at. The inventory screen appears to be massively simplified without all the various body slots of U6. It gives the distinct impression that this version is going to be dumbed down to a degree. 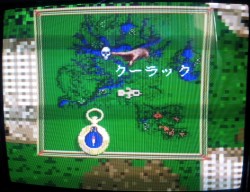 As for the other buttons, the right shoulder brought up this map but only once and only when I was outdoors. I’m sure it does something as I could move the hand around but I could only guess as to what. 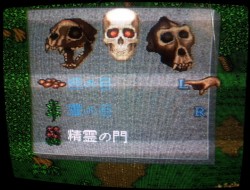 Start brought up this screen which is clearly for casting magic. Select brought up a menu allowing me to save the game among other things. And left shoulder brought up some text I couldn’t read. 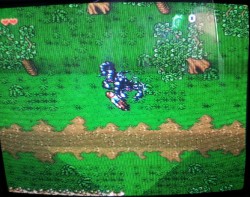 With the interface as clear as it was going to get, I venture out into Eoden to see what is out there only to be set upon by hordes of scorpions the moment I leave the village. The combat in this game appears to leave something to be desired. I have two hearts in the top left of my screen presumably indicating health but everything (and I do mean everything) kills me in a single hit resulting in death after death at first. I do at least get the option on-screen to load my save so there is no significant waiting to restart.

One hit death should make combat impossible but every time you score a hit your opponent is pushed back slightly. The result here is that as long as you are only facing one enemy combat appears to consist of mashing the buttons Track and Field style so that they can’t get close enough to kill you in that one blow. Hopefully there is more to it than this and it’s being lost in the lack of translation but this technique definitely works.

Victory in combat is rewarded by green gems being left behind which I pick up automatically by walking over them and they go on the counter at the top right. I have no idea what they are used for of course. 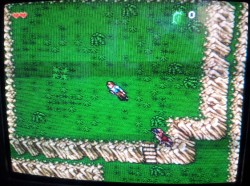 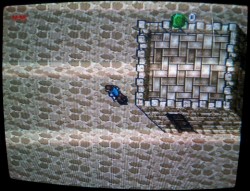 Running away from combat appears to always work so I take that option and head out a little further. I find all the locations I would expect like drum hill on the left and the stone city of the Nahuatla although I couldn’t find any glowing kings to speak of while I was there. 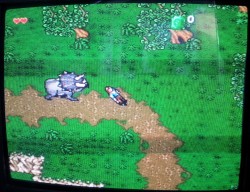 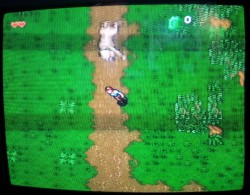 I decide to look for some of the caves before I quit. On the way I’m chased by more of the wildlife… 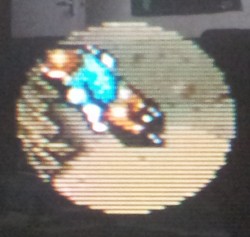 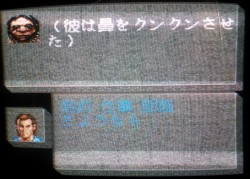 … but I do make it quickly enough to one of the caves, complete with a handful of cavemen. The view in here is extremely restricted with the Avatar only have the smallest of visible areas surrounding him. I hope there are some options for improving this within the game but it is still possible to explore. I notice while I’m in here that I automatically pick up every item I run across which is not something I would expect in an RPG. 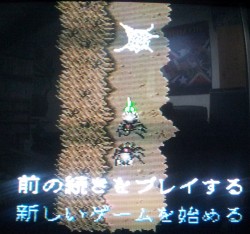 I do find another cave, this time full of spiders which inevitably kill me off. There is a glitch during death at least revealing the cave in full.

I just wanted to get a feel for the game so that’s as far as I went. On first impressions I’d have to score this highly on graphics and music with reservations about the gameplay. It appears to have as much of a helping of Runes Of Virtue as Savage Empire to it from what I’ve seen. This still looks like fun anyway and it is undoubtedly going to offer quite a different experience to the original. I look forward to trying this out when I can understand it but in the meanwhile I will have to content myself with Ultima 7 on the SNES instead which will follow at some point.