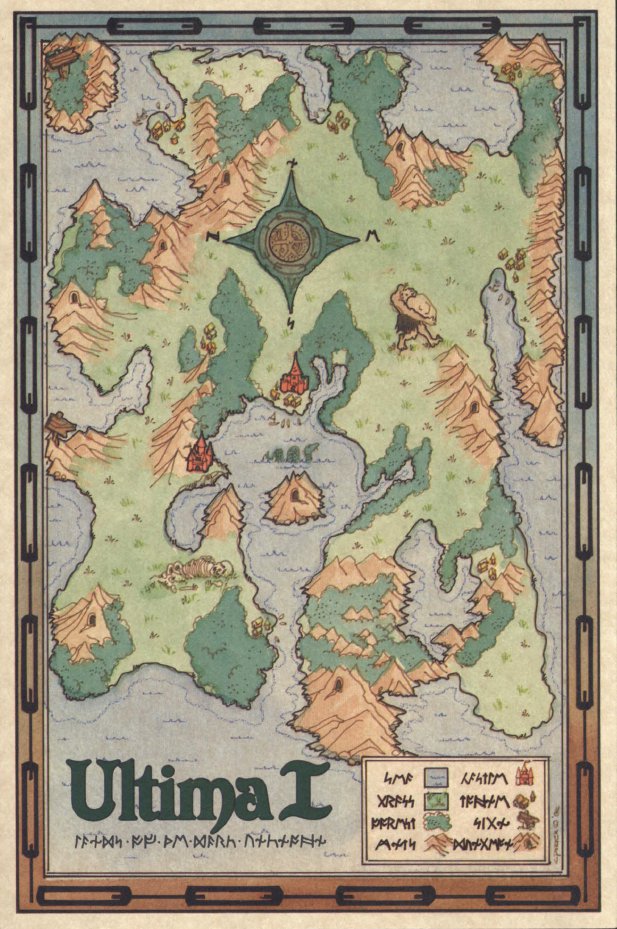 The first 3 games in the Ultima series were released yesterday on GOG.com for their bottom end pricepoint of $5.99. There are quite a few grumblings on GOG about this price for such ancient games, although there were just as many people happy to see them. I can see where the complaints are coming from but it’s not exactly a big expense provided that GOG are adding some value to the deal. I did have concerns that the earlier games in the series might have been skipped altogether so it’s good to see them arrive at all. I think it’s safe to assume at this point that all of the main Ultima series will be appearing on GOG in due course. Fingers crossed for the Worlds of Ultima games.

While I don’t have a problem with the asking price, I definitely have complaints with the added value aspect here. For a start, the Akalabeth remake from the Ultima Collection should have been included. Ignoring that, GOG’s extra’s are a bit of a joke. They appear to consist of some pdf’s lifted from replacementdocs.com including my own scans of the Ultima 3 cluebook, and cloth map/galaxy map from Ultima 2. They have removed the replacementdocs logo however which seems highly unreasonable to me. Surely they ought to acknowledge the source rather than hiding it. They didn’t even manage to grab everything correctly and missed one of the spellbooks + the Ultima 3 map is upside down. My scans of the Ultima 2 map were my usual rubbish patchwork job with something too large to scan in one go. There must be better scans available within a minutes googling which they could have used instead. I’d have done them some decent ones myself, if asked.

It did bring to my attention that the maps from the Ultima 1 remake are missing from replacementdocs and hence not available as GOG “extras” either. I’m sure they are available elsewhere but I’ve done some scans anyway and added them into the downloads here, as well as uploading them to replacementdocs. I thought I might as well do the coins too while I had the scanner going.

Apart from the dubious extras, there do seem to have been issues with several of these EA games as they have been released. Some of these I can sympathise with but others are just basic errors. It was poor to release Underworld with the sound defaulting to MT-32, but to then make the same mistake with Wing Commander is ridiculous. It gives the impression that GOG just shovel the games into Dosbox and don’t bother testing them. This is born out again as by all appearances Ultima 2 still has the bug with all the planet maps not being included, due to the filenames being duplicated on disk 3. I’ve not actually playtested this, but there is no sign of the missing files so it’s a safe bet. There is a fan patch for this but I thought the whole point about GOG was that it was supposed to be easy for people to run these games. This bug has been in every Ultima compilation since the early 90’s for crying out loud.

I am glad to see these games being made available again anyway and it’s the first time any of the main Ultima series has been on sale for around a decade. I’m sure GOG will remedy most if not all of the issues eventually, but they aren’t doing their reputation any favours in the meanwhile as far as I’m concerned.