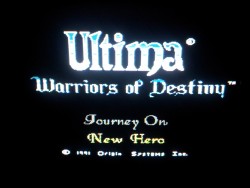 The blurry image above can only mean I’ve decided to play Ultima V on the original hardware so it’s more phone-cam screenshots for this playthrough I’m afraid. I did try using an emulator with the aim of running the game a little faster than intended but this resulted in it becoming uncontrollable so I figure I may as well have the real thing.

Ultima V starts well enough with a series of virtue questions + a cutdown version of the Ultima V introduction. These are a definite step up from the other two games in the NES Ultima trilogy which were more cut down at the start even than this. Given the size of Ultima 5 it’s surprising to see the cartridge space being used for this actually. 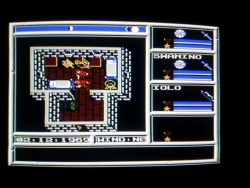 The graphics and gameplay have been given a radical overhaul into an Ultima 6-like single scale engine. Attempting this on the NES was ambitious to say the least. Ultima 6 wasn’t as demanding on hardware as Wing Commander back in 1990 when it came out but it was still very much a product of the move from the Apple II to the far more powerful PC platform. Graphically I don’t think this looks all that bad actually on the NES at least on first impressions. It’s not the style I expect from a NES game losing the Japanese RPG aspects. On the downside there is no smooth scrolling when moving around which begs the question if it’s making the best use of the hardware – I’d expect this to almost come for free on the NES but it is clearly struggling to run the game as is.

Another improvement from Ultima 3 & 4 is the incorporation of a conversation system. This uses keywords keeping track of those I’ve learned from elsewhere and works as well as I’d wish for even including character portraits for the first time in Ultima 5. The conversations are seriously cut down though so it’s not all good but I’d rather have this than one line per person. This first character I run into immediately appears when you walk out of and back into Iolo’s house at the start of the game. There was a hint in the manual to do just this or I wouldn’t have thought to try. It does beg the question of where and why he was hiding and what Iolo has been up to that salty sea dogs come out of the closet the moment they think the coast is clear. My reward for finding him is a sextant which will no doubt be extremely useful.

I made my way down to Britain to have a look around. It’s a lot more sparsely populated than I’m used to with 4 or 5 house + an enormous but mostly empty castle. I talk to everyone I meet learning the mantra of compassion and getting a few hints about the resistance and the like. What conversation there is, is perfectly acceptable but they have clearly been drastically cut back much like the rest of the game. Unless I missed it, I could only find one level for LB’s castle so there is no treasury raiding to be done in this version unfortunately. On the far side of Britain I see a ladder leading into the ground which it turns out is a dungeon entrance. I talk to the guardian of the dungeon (another change) with the word of power I’ve learned and he lets me down. I only poked my head in for a quick look as I assume I’m not ready for dungeons yet. The 3D dungeons are gone which is something of a shame to be replaced by U6 style overhead maps. I beat up a few slimes in here and ran for the exit to return much later. 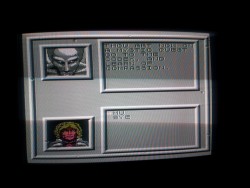 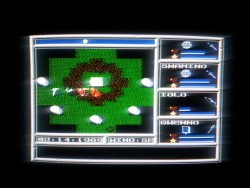 The way I remember U5, the first port of call is completing the shrine quests. I soon find the shrine of compassion with its own stone guardian who lets me by with my recently gained mantra know-how and I get my first quest to the codex. Where I find a boat to get to the Isle Of The Avatar next is anyone’s guess and this is as far as I got for now.

I only spent about 30-40 minutes on this in the end and I’ll go into the combat and controls in the next post. So far it doesn’t look that awful actually – it may well be a sorry excuse for Ultima 5 but it appears to be playable and the new engine has it’s good points. It’s definitely a little slower than I’d like but my main complaint by some distance is the music which is the same 15 second loop over and over and over. The tune isn’t that offensive but it’s hardly good and last night the jaunty little jingle embedded itself into my brain so deeply that I’ve not been able to get rid of it 24 hours later. I’ve been in a bad mood all day and I’m attributing it entirely to this. This game needs a government health warning not to play with the sound on.

What makes this worse is that the music and sound are credited to Martin Galway. How the same guy who did the epic C64 themes for games like Wizball or Times Of Lore can be responsible for this aural equivalent to water torture is anyone’s guess. I can only imagine that he was given an hour to knock something together and next to no space on the cartridge. In the interests of retaining what sanity I have left I’ll be playing with the TV sound switched off from here on anyway. Hopefully any lasting effects will wear off after a day or two and I won’t be left with any permanent scarring.