Stonegate proved to be tiny with little more than a room containing the sceptre so I was starting Shame within minutes. This was a typical dungeon and it didn’t take long to make my way to the field around Doom. 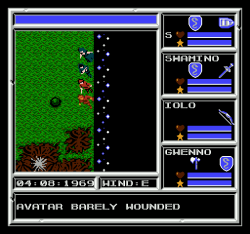 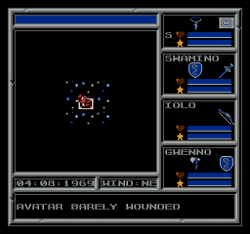 I’ll confess that this had me stumped for a while when using the amulet on it didn’t make the field vanish. It turns out I had to fly through it on the magic carpet? Not sure if this was intentional or a bug. 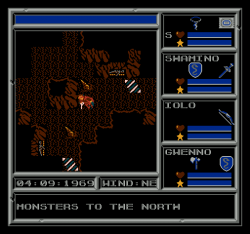 It was nightmarish on the PC but this version of dungeon Doom isn’t difficult as such. There are some fields at the start which can only be cleared with the sceptre but it’s more of the same after that. The path goes up and down more frequently between levels than any other dungeon but this meant that there was often only one choice of direction so it’s just a case of perseverance. 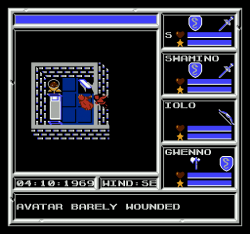 Right at the bottom of the dungeon is a small empty house. After a bit of trial and error I figure out to use the sandalwood box on the mirror. Not sure if there was a clue for this somewhere along the way but I would certainly hope so as this wasn’t obvious without prior knowledge. I never did seek out Captain Johne on this playthrough and there was a demon in Stonegate who refused to help me out without the information I would have got from him. 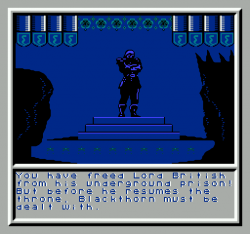 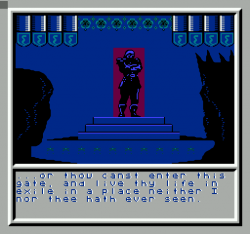 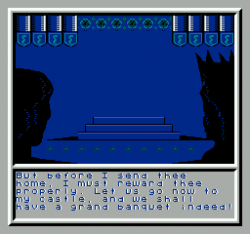 There is a short ending sequence which is true to the original with regard to the banishment of Blackthorn although here it’s watched by the Avatar in person. In the original of course, the Avatar was sent home in the same spell that transported Lord British from his prison only to receive an ignominious homecoming and discover that his house had been burgled in his absence. On the NES he is rewarded with a banquet in his honour first. Indeed!

So that’s Ultima 5 on the NES done at last. Escape From Mount Drash aside, it’s easily the worst Ultima I’ve played on any platform. Definitely not as bad as I feared going into it but not one that should be tackled by any but the most (fool?)hardy of Ultima fans. The series moved to the SNES for Ultima 6 which should prove to be a big improvement.

On the subject of Mount Drash,  The Digital Antiquarian’s excellent post on the history of the game must have stirred up some interest as I was asked about an article from Sierra’s Interaction magazine. There isn’t much of it but it didn’t take long to dig up. It’s from the Fall ’94 edition which featured a Sierra 15 year anniversary article including this:- 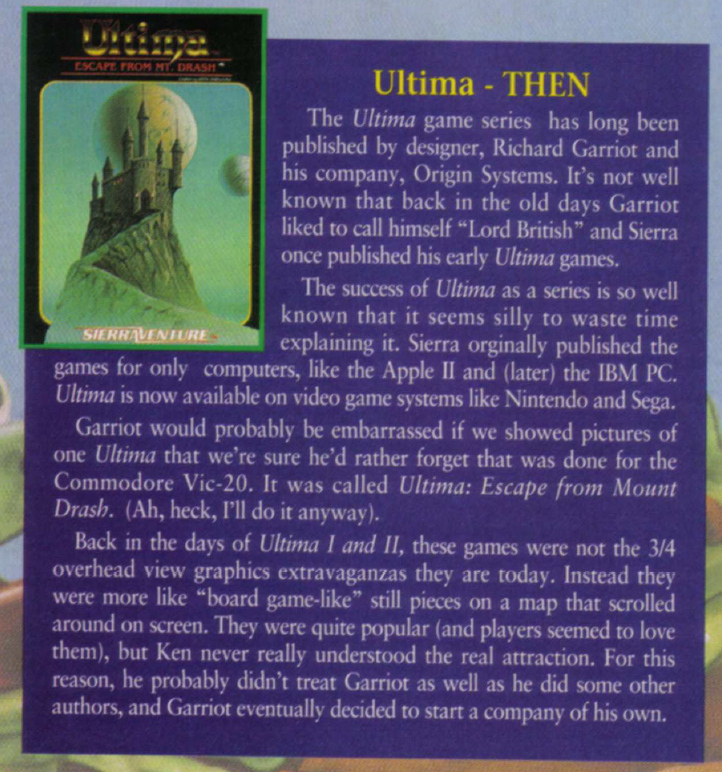 The scan is courtesy of Sierra Gamers run by Ken and Roberta themselves who have a full archive of Interactions on their site. Curious to see an admission that Sierra didn’t treat Garriott all that well at the time. There must have been some regret at this stage about letting the series go but I’m sure there was more to it than Ken Williams not liking RPG’s with the main grievance being the royalties on ports of Ultima 2 as I understand it. If Richard and Ken had got on better, Origin would never have been formed of course so it turned out well enough for us gamers in the end.

I’ll finish off with a quick plug for Retro Revival which I’m off to tomorrow. It sounds like more retro gaming under one roof than I can fit into one day but I’ll be giving it my best shot.