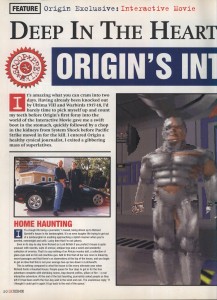 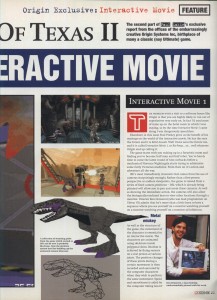 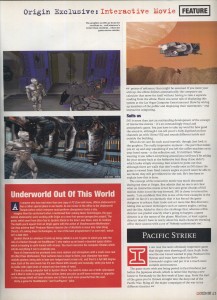 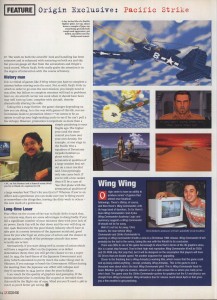 After a slight delay, my oversized parcel of gaming posters made it here from the States this week. I won’t share the lot now but here is a Bioforge standup advertising display which would have been used in stores back around 1995 when the game originally came out. 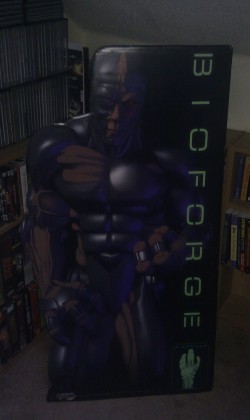 This is made of thick cardboard and about 4 foot tall with a built-in stand at the back. Origin did these standups for several of their games around this time. Keenan Weaver posted his Crusader one among all sorts of other cool Crusader memorabilia a week ago over at Echo Sector.

There is also a photo of the WC4 standup art available from here on wcnews.

That’s all the standups that I’m aware of. If anyone has or can point me at photo’s of any others, I’d love to see them. I have a spare one of these Bioforge standups by the way which is up for grabs at a price if anyone wants it. 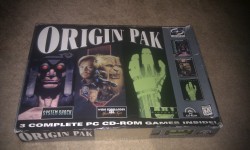 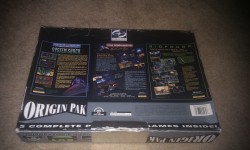 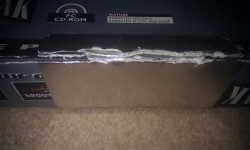 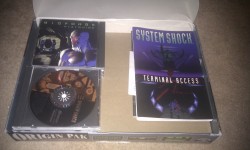 Ultima 4 on the NES will have to wait for now as my Trio64V+ card arrived earlier than expected and despite the warnings in my motherboard manual it appears to work perfectly. It’s cured the problems I was having getting 3D to work in some games on the VFX-1 meaning that I can actually play System Shock in 3D. Being able to walk round a VR Citadel Station is truly glorious although still not without issues which I’ll get to another time. I’d already started playing Terra Nova with the old graphics card so I’ll get back to that first.

While that has my attention, here is a surprisingly critical review of Bioforge from the June 1995 Edge magazine:- 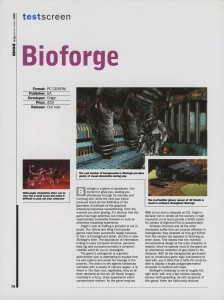 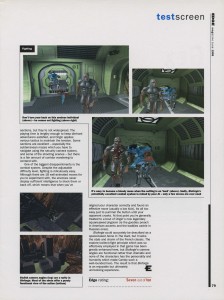 I have my freshly delivered VFX-1 sat here which I’m dying to try out but unfortunately I have some work and other things to do before I can start setting it up. I should hopefully manage an hour or two tonight and might post my first impressions tomorrow. In the meanwhile and by way of filler, I thought I’d post this VHS tape of demos for 3 Origin games. 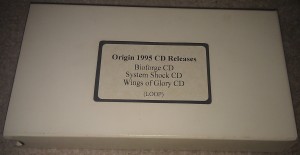 The tape has gameplay videos of Bioforge, System Shock and Wings Of Glory which loop over and over and was presumably used in either a store or show to market the games. I’ve uploaded a complete loop to Youtube but I didn’t spot anything unusual in there so it’s not the most exciting viewing. It is at least relevant for today since two of the games are supported by the VFX-1 and I hope to try them out later.

The tape includes the entire end sequence from Bioforge, which is surprising as I would have thought was something of a spoiler to people you were trying to sell the game to.