I only found the two reviews for The Legacy and they differ wildly. The first from the June 1993 PC Zone below is the most negative citing criticisms such as the game being more Lovecraft than Poe, objects just lying around, the room layout not making sense and the combat being difficult. All of these are true but I didn’t regard any of them as major issues. I may be doing the reviewer a disservice but I do get the strong impression they barely played the game. Certainly none of these screenshots are beyond the very early levels. One thing I do take out of this review is the Horrorsoft games it mentions were horror dungeon crawlers along something of a similar vein. I’d forgotten about them entirely and really should try them out one of these days. 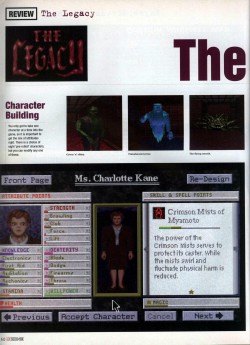 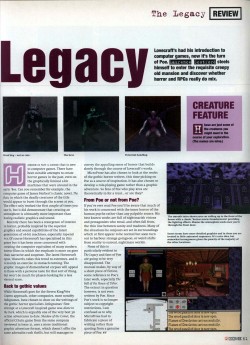 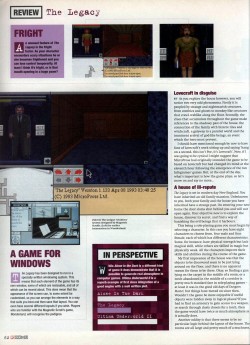 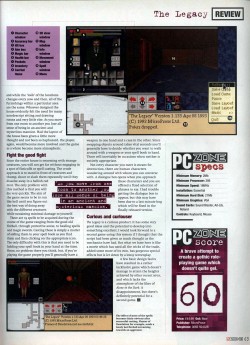 Onto the second review from the May 1993 PC Review. This is the one that got me to buy the game 23 years back so it goes without saying they liked it a whole lot more than PC Zone. The version I played did allow for saving of custom screen layouts so this must have been added post review. It still scores a very healthy 8 which is the same as Lemmings 2 and X-Wing which both got reviewed in the same issue. Maybe timing was The Legacy’s problem in the end with two big titles like that in the same month. To compound this, Veil of Darkness and Shadow Of The Comet both with a similar horror theme are in the same issue. It clearly wasn’t a bad month for PC gaming although the balance was redressed to a large extent by Accolade’s Wacky Funsters. Hopefully I’m the only person who remembers that turkey. 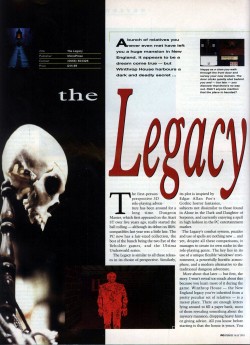 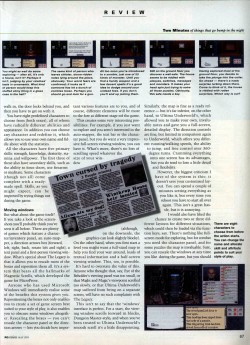 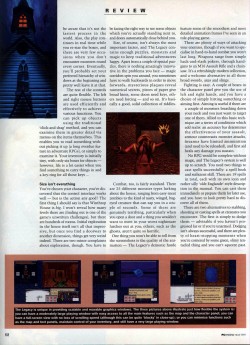 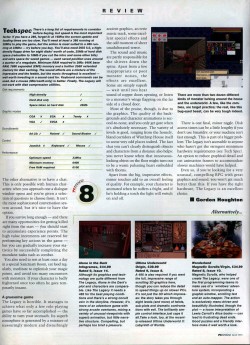 Finally, the August 1993 PC Review featured a brief guide to playing The Legacy which I happened to spot when doing those Tornado scans. It’s a long way off a walkthrough but offers a few hints to help out in those difficult opening sections. 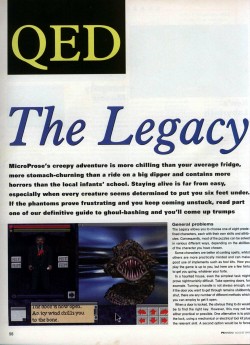 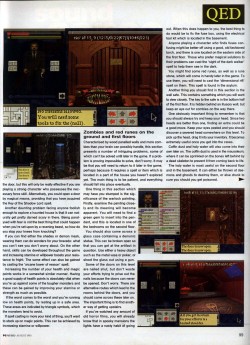 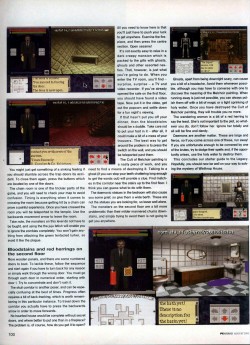 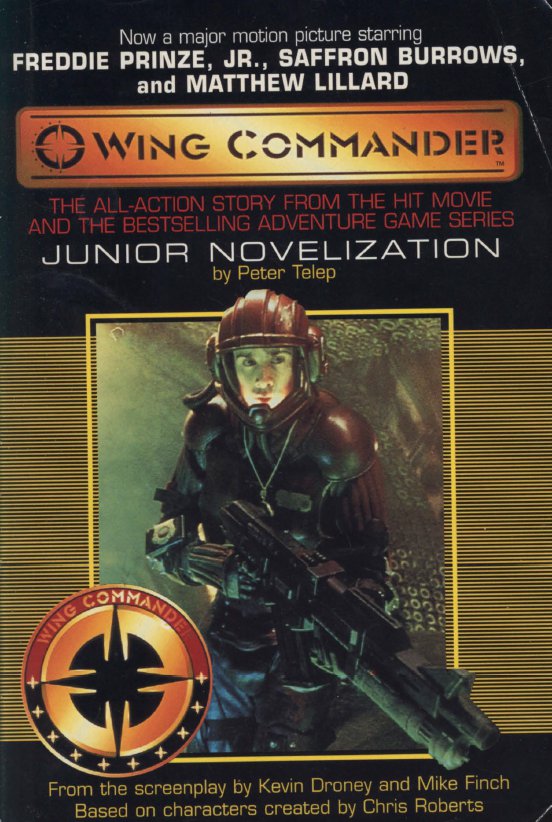